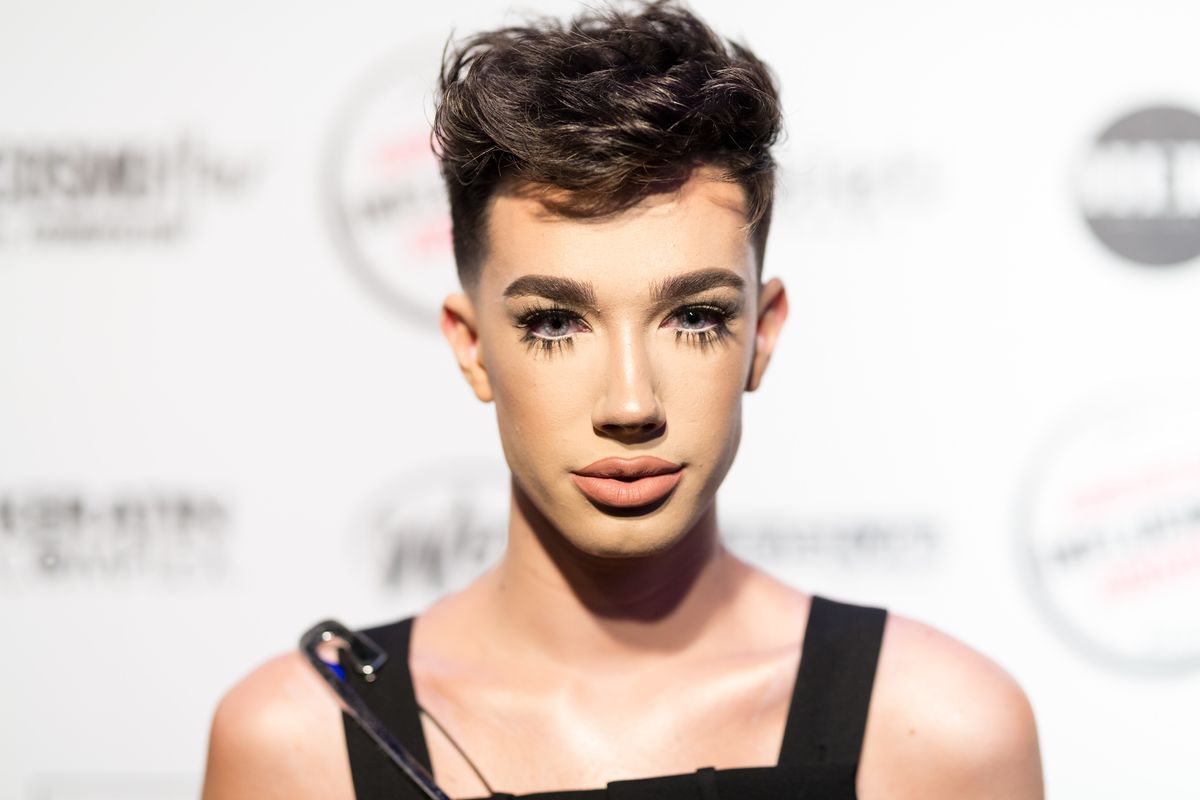 Thanks in large part to sweeping movements like #MeToo and Time's Up, men in power are being held accountable for harmful behavior more than ever. This includes cases of sexual harassment and coercion, up to outright assault. In many situations, from Harvey Weinstein to R. Kelly, public takedowns have been fast and furious.

YouTube beauty influencer James Charles is the latest famous figure to receive a swarm of various accusations against him. Last week, Charles was criticized by his former friend, "Glam Life Guru" Tati Westbrook, in a 43-minute long video, during which she proclaimed that she was publicly cutting all ties with him, mostly due to how fame has changed him for the worse.

Westbrook's most damning indictment of James came when she said he had a history of sexual predation toward straight men. "You know, it's really disgusting to manipulate someone's sexuality, especially when they are still emerging into adulthood and don't have everything quite figured out," she said. "You are using your fame, your power, your money to play with people's emotions. You're threatening to ruin them. You're threatening to embarrass them. And you're doing that to have them behave sexually in your favor, even if they're straight. And you know what? That's not okay."

Over the weekend, singers including Zara Larsson and Olivia O'Brien claimed that on several occasions, Charles attempted to coerce their male partners into inappropriate sexual situations, knowing that they were in public relationships with women. Based on how Charles' YouTube subscribers are dropping by the millions in light of these stories, it would appear that many now believe that he is guilty of predation. Thousands are joining Westbrook's fanbase, tweeting support and pledging to buy her Halo Beauty products.

According to Newsweek, those who have unfollowed Charles since Friday include Miley Cyrus, Kylie Jenner, Katy Perry, Demi Lovato, Tana Mongeau and Shawn Mendes. Even fellow beauty influencer/mogul Jeffree Star weighed in on the controversy, backing Westbrook's claims about Charles' sexual behavior as "100% true," and calling him both a "predator" and a "danger to society" in separate tweets. (Interesting commentary from Star, who once made a song called "Straight Boys." Lyrics include: "I'm a boyfriend kleptomaniac/ Straight boys, where you at?") Even so, Charles generally has a history of being polarizing, having made disparaging comments in the past about Ebola and trans people.

But what's important to keep in mind amid the fray is that while Charles absolutely should be held accountable for any actions deemed inappropriate, the issue at hand isn't about whether or not he is tricking straight people into being gay, as pointed out by a number of Twitter users, including Rembrandt Duran.

Comments concerned with Charles deviantly tricking straight men to act against their will run the risk of seeming homophobic, but they also miss a larger point. When fame and power are used to make people uncomfortable or to make them feel unsafe, no matter who the perpetrator is or how they identify, that itself is the root of the problem. In Charles' eight-minute apology response video, addressed to Westbrook and her husband, he acknowledged that he understands how his comments about desiring straight men can look to outsiders. He also confirms that Westbrook warned him that this could get him in trouble one day. In the past, Charles has admitted that he likes going after straight men because he sees it as "a challenge."

That all said, no matter what Westbrook's initial video might have followers believe, the accusations Charles is facing do not amount to a straight vs. gay debate, which is what her original video seems to have opened up. And to further avoid black-and-white homophobia about this situation, because two wrongs don't make a right, let's not forget that many gay men experience grey areas of flirtation and sexual attraction with men, straight, bi, curious, or anywhere else along the spectrum.

The only conversation really worth having in the case of James Charles is the one about power, and how it is abused. And again, when power is used to advance one and oppress another, that is the problem. Gay people can be guilty of this, and so can anyone else.