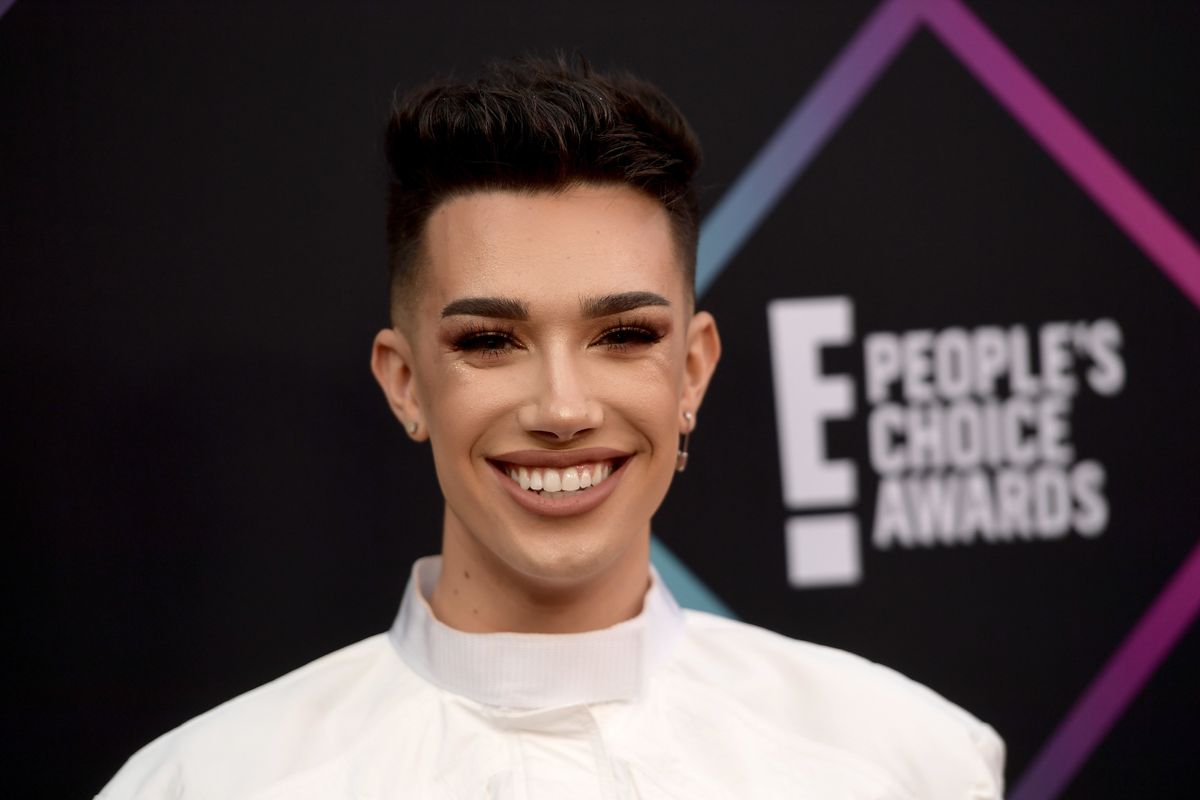 Last week, James Charles asked Instant Influencer contestants to collab with some of the biggest names in beauty influencing. Now, he's taking on the challenge himself with the help of seven prominent members of the YouTube beauty community — and it's all for a good cause.

The video begins with NikkeTutorials, who flawlessly applied her foundation, all while talking about her recent coming out experience and how heartened she was by people's support. Next came Starrr's concealer moment (and praise for Instant Influencer) before Dragun continued the vid with a little contouring segment and some thoughts on quarantine.

Dragun then passed it onto Mykie's eyebrow fill-in, after which Charles took over again for the eyeshadow portion. Then, the challenge was passed over to a blue-haired Rock — who did his eyelashes and chatted about his boyfriend — before Manny MUA reflected on community solidarity as he did his highlighter. The video was then wrapped up with Castro's lips tutorial, accompanied by a cute mention of spending time with his family.

Not only that, but at the end, Charles returned to explain the importance of this fundraiser, saying that all the influencers "wanted to do [their] part" to support those in need of COVID-19 relief.

"As beauty gurus and YouTubers we are incredibly lucky and grateful to still be able to do our jobs during this really awful global pandemic, and we know that unfortunately, that is not the case for everybody else," he said. "We are all super grateful for all of you guys watching us and supporting us on a daily basis. Because this video was so special today, [we wanted] to thank you for supporting us."

At the time of writing, the video — jumpstarted by Charles' personal donation of $25,000 — has already raised close to $5 million. Google has also pledged two dollars for every dollar donated.