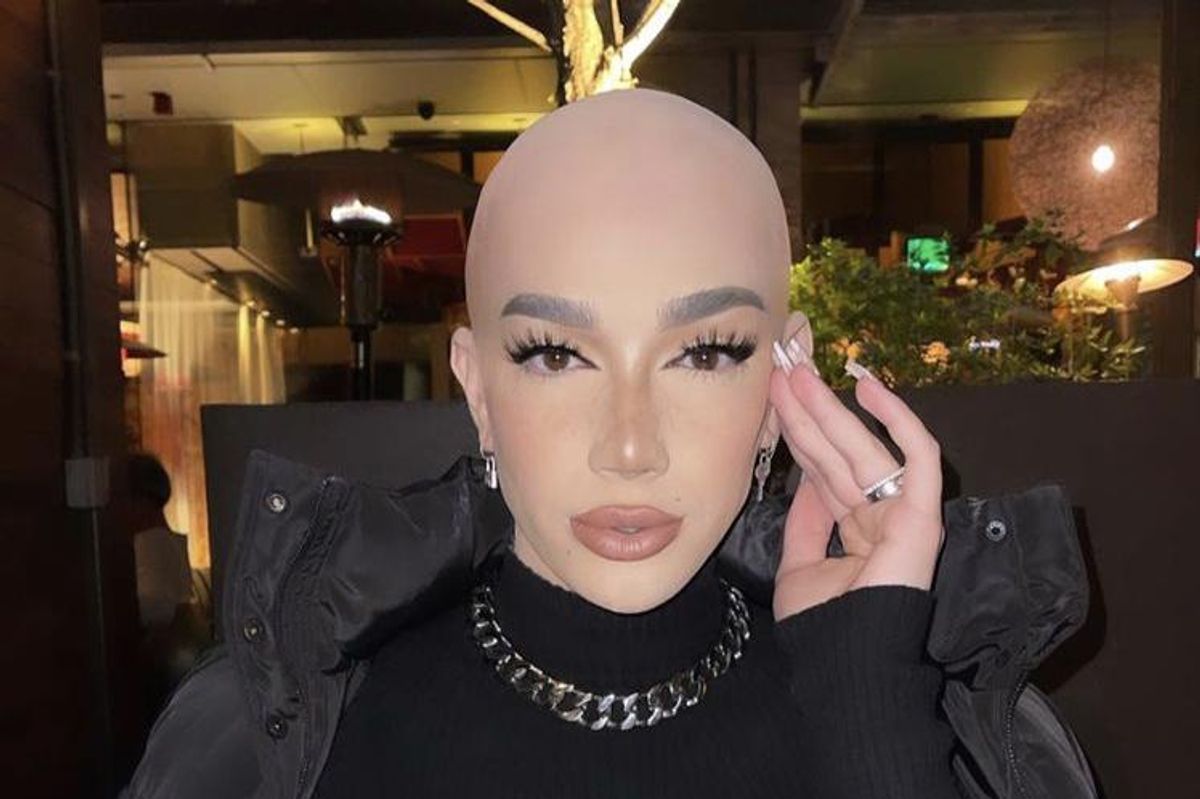 If a new YouTube video uploaded by paparazzo Kevin Wong is anything to go by, beauty guru James Charles has gone full Rose McGowan.

Out to dinner at influencer destination Boa Steakhouse in LA last night, he debuted a shaved head that has fans a little surprised and confused. Charles is known for changing up his hair look, but this is his first time shaving it all off, and one does question whether it's actually a bald cap and he's just toying with us all for attention.

"Just trying something new," Charles explains to Wong in the video, which you kind of get the feeling was organized in advance. "Do you like it? It's gonna be my new look. It's real. I just did it today... It was inevitable, to be quite honest."

Another highlight: James Charles explains to Wong in detail that North West really did paint that Bob Ross-esque landscape.

If Charles did go for the full shave, this is honestly a huge step forward for baldness representation. Or maybe just a reference to the #FreeBritney movement, in light of the release of Framing Britney Spears over the weekend? Alternatively, could it be that Charles was inspired by #GorillaGlueGirl's slick lewk?

Plenty of commenters are claiming that you can see the line of a bald cap covered up by makeup, but others are true believers in the baldness. Charles says he filmed the entire head shaving process, so maybe we'll get answers soon.