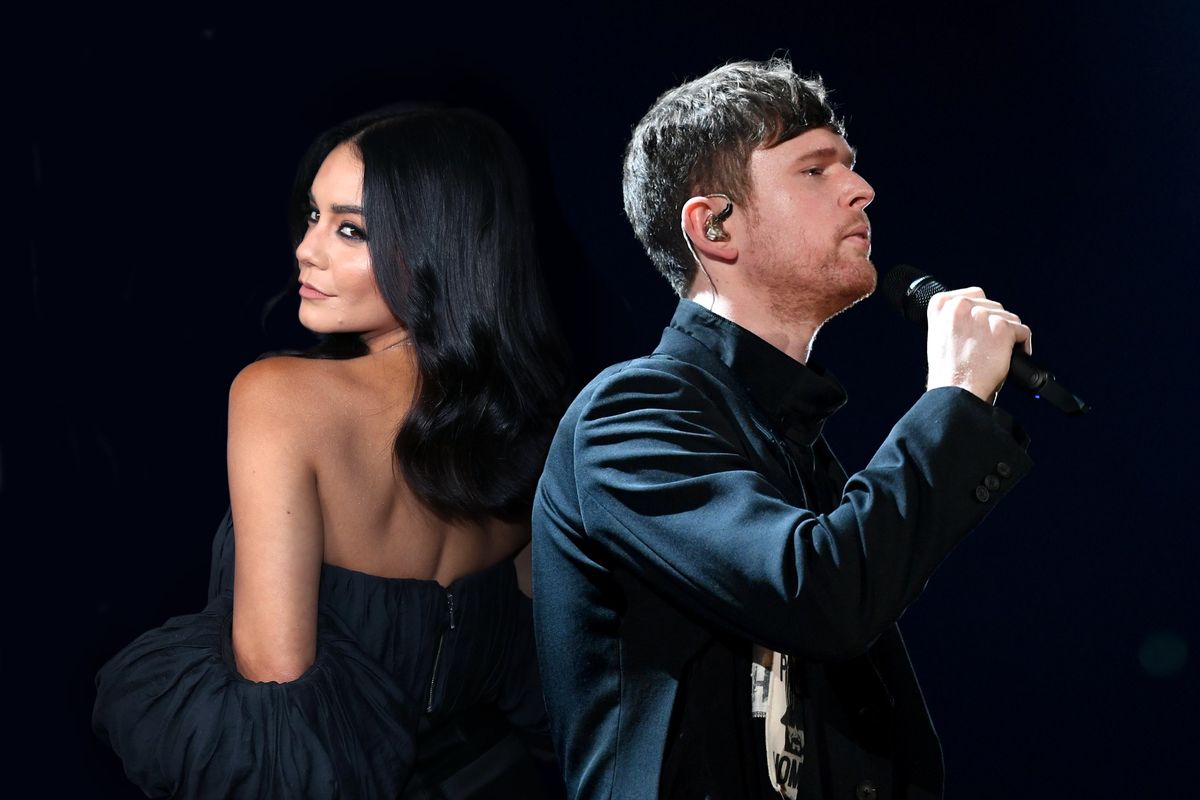 James Blake is back in the studio almost exactly one year after the release of his fourth studio album, Assume Form, and this time he's making techno. The news shouldn't come as much of a surprise for longtime Blake fans who will recall some of his early electronic-heavy EPs like 200 Press or CMYK. For Blake, the classic sound of warehouse raves comes naturally.

The British neo-R&B crooner recently posted a video on Instagram of himself fiddling with sequencers on a massive Eurorack. Aside from casually showing off enough kit to make most modular synth nerds drool, Blake teased a snippet of a new track in progress. "You never know where this shit's gonna end up," he wrote in the caption. "Anyway, techno cometh." It's a nice glimpse inside Blake's creative process, but this wasn't the only thing that caught our attention.

Shooting straight to the top of the comments, the newly single Vanessa Hudgens, of all people, chimed in with a pleasantly surprising admission: "YESSSSS I LOVEEE TECHNOOOO." Joining the ranks of notable techno enthusiasts like Lady Gaga, Frank Ocean, Virgil Abloh, and Berghain fiend Claire Danes, it actually makes a lot of sense for a seasoned music festival veteran like Hudgens to be a fan of the genre. Also, Spring Breakers.

Blake, like most of us would in the situation, naturally responded. "I had no idea," he said, adding in a friendly, "Hi 👋🏼😆," after which we can only assume the two took to DMs to nerd out over Kevin Saunderson, Jeff Mills, Paula Temple and Blawan in peace. This exchange, in addition to being completely wholesome, now puts forth the possibility of us living in a world where a James Blake-produced, Vanessa Hudgens-featuring techno collab exists. The socio-political implications of such a track is wild.

Just imagine the bridges that could be built between the worlds of ex-Disney star pop careerism and moody underground dance snobs. Blake already boasts a list of collaborators that include the likes of Travis Scott, Kendrick Lamar, Rosalía and Beyoncé, so he is more than capable of turning out a crossover club anthem with Hudgens.