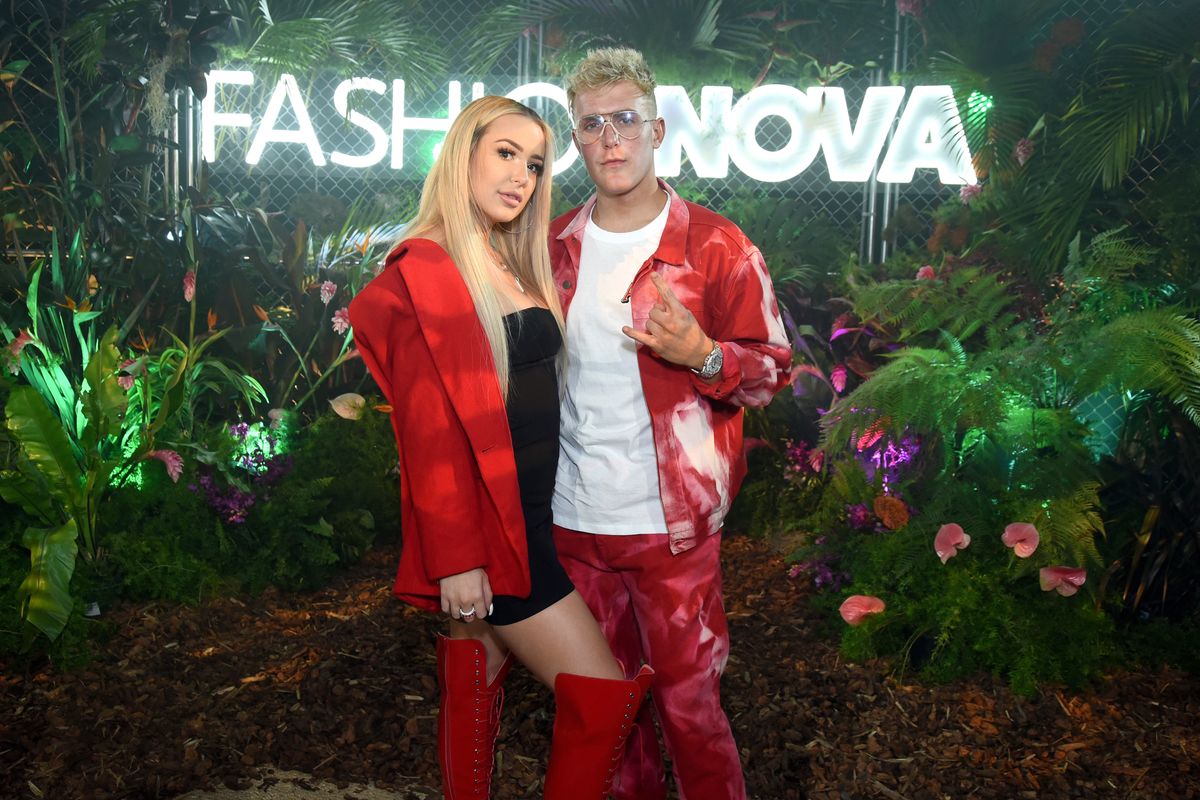 In true Jake Paul fashion, the YouTuber decided to announce the date for his wedding to Tana Mongeau via a raunchy "love" poem at VidCon 2019.

Over the weekend, Jake surprised his fiancée by climbing on-stage to recite the NSFW nupitals announcement, which features lines like, "When we first met, she ate my banana/Two years later, we turned into Jana." Talk about romantic.

However, in addition to waxing poetic about things like blacking out together, Jake also couldn't help but take a dig at the haters — including his brother and fellow YouTuber, Logan Paul, and Tana's ex, Bella Thorne.

Bella — who previously was in a polyamorous relationship with Tana and rapper Mod Sun for a little over a year — notably responded to the engagement news last month with an emotional selfie on her @thatweirdbitchbella account. The caption? "When ur ex gets engaged," alongside a series of crying emojis — a declaration that Tana responded to with a simple, "omg."

Naturally, Jake chose to respond to this all by saying, "Logan and Bella can hate." He then went on to add, "The world can question our fate, but on July 28th, you can all save the date!"

No word yet though on whether they plan on live streaming the ceremony à la Diplo, but you can watch Jake recite his masterpiece, below.

Who wouldve thought we’d all be stanning #JANA —- 2019 is so wild #TanaVidCon19 @tanamongeau @jakepaul pic.twitter.com/mV4XJNgUVZ