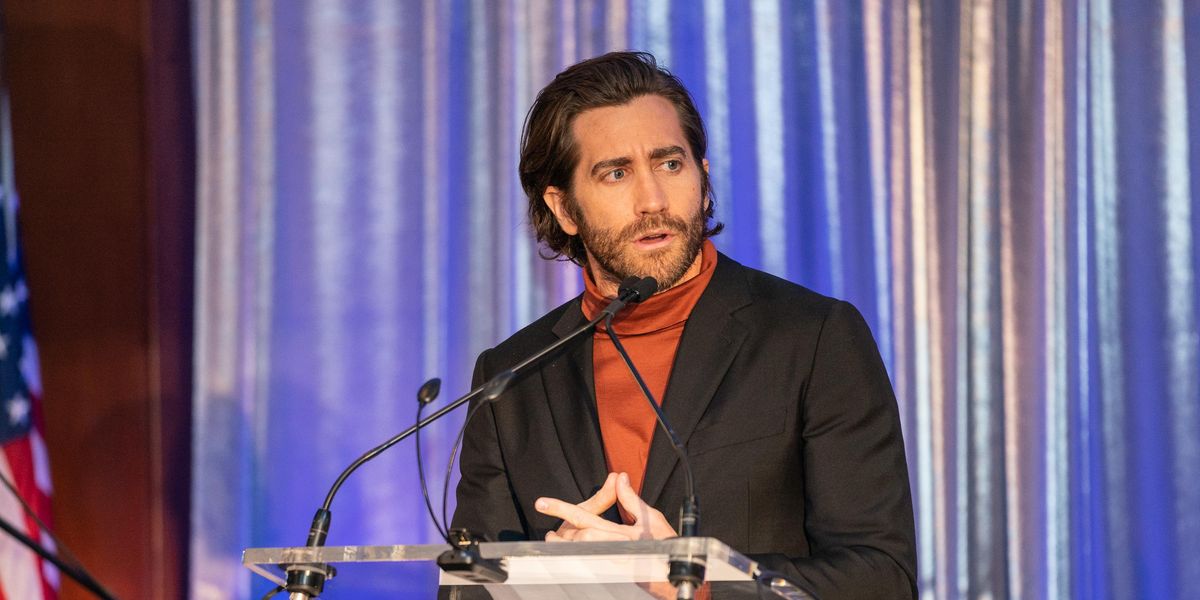 Jake Gyllenhaal sure knows how to promote a top-shelf fragrance.

On Thursday, the actor spoke to Vanity Fair as part of a promotion for Prada's new Luna Rossa Ocean scent. And the way he sold it? By telling people he's not really a fan of regular bathing.

"More and more I find bathing to be less necessary, at times," Gyllenhaal said, before explaining that he believed Elvis Costello had a point when it came to his "New Lace Sleeves" lyrics about "good manners and bad breath [getting] you nowhere."

"So I do that," he continued. "But I do also think that there's a whole world of not bathing that is also really helpful for skin maintenance, and we naturally clean ourselves."

Not only that, but the star also went on to express his confusion over the loofah, admitting that it always "baffled" him knowing that they "come from nature," especially since they "feel like they've been made in a factory." Granted, he did go on to say that he knew most loofahs — at the least the real ones that cost more than a dollar — are au natural, though no word on whether he still uses one personally.

That said, Gyllenhaal isn't the only celebrity to make headlines for opening up about their hygienic habits as Ashton Kutcher and Mila Kunis recently revealed that they wait to "see dirt" on their kids before bathing them, while Kristen Bell and Dax Shepard half-joked that they "wait for the stink" before bathing their daughters.

Either way, you can read Gyllenhaal's own revelation, here.