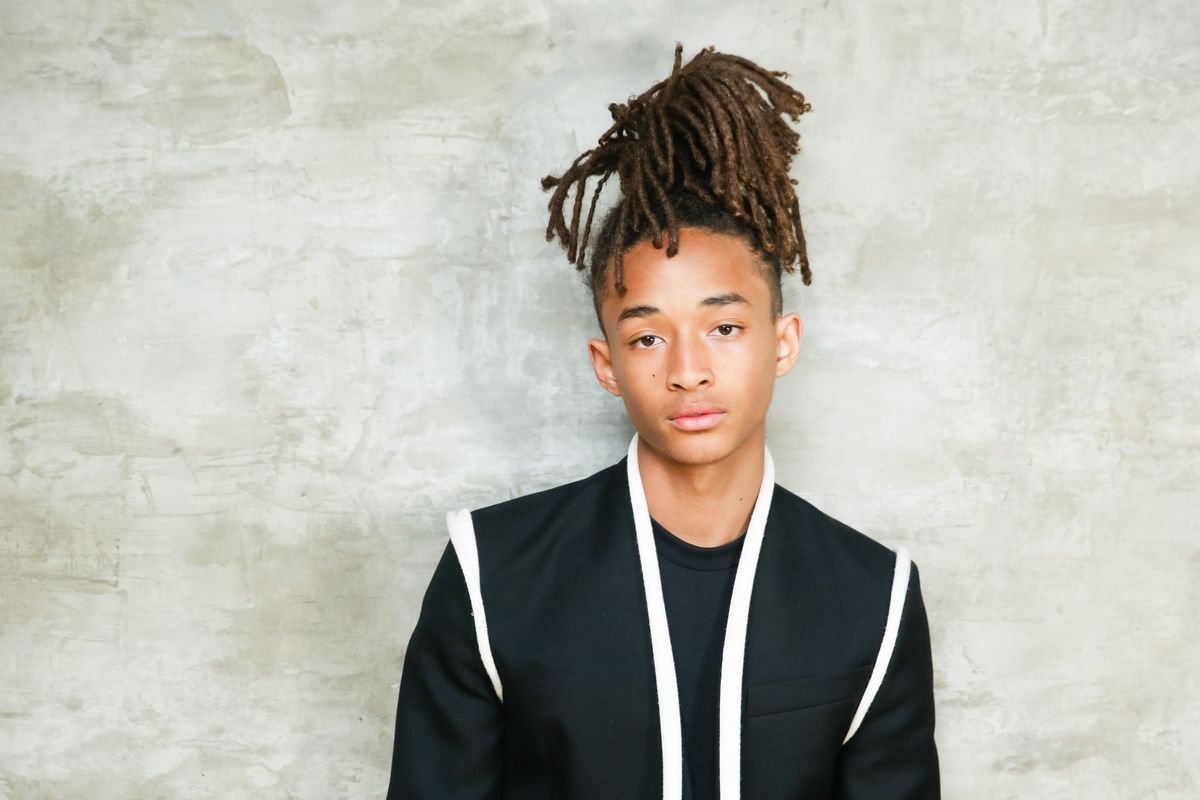 Cancerian Jaden Smith turns 18 today. While most 18-year-olds are idling this summer, watching endless hours of cable TV, Jaden's poised to take over the world. Far from idle, the wunderkind rapper has been hard at work dismantling gender norms, one skirt and magazine cover at time-- and today he released new music.

Jaden, who is known for his idiosyncratic flow and philosophizing lyrics does not disappoint on the song, "LABOR V2." He delivers a choppy, dark coming-of-age rap covering a range of topics and underpinned by a sense of ennui and rich kid malaise. It begins with a muffled voice that builds into a deep, clear voice. "18" is chanted repeatedly before Smith launches into a disaffected, meandering stream of conscious flow over a heavenly string arrangement.

Smith rattles off his fashion credentials and name-checks Harriet Tubman, sprinkling in some discussion of systemic racism for good measure: "Just because you see the melanin doesn't mean that I'm a felon, I'm here to show you the intelligence / What is the bullshit you're selling them? They just want us all in jail and then they can take away our right to vote and use the free labor.