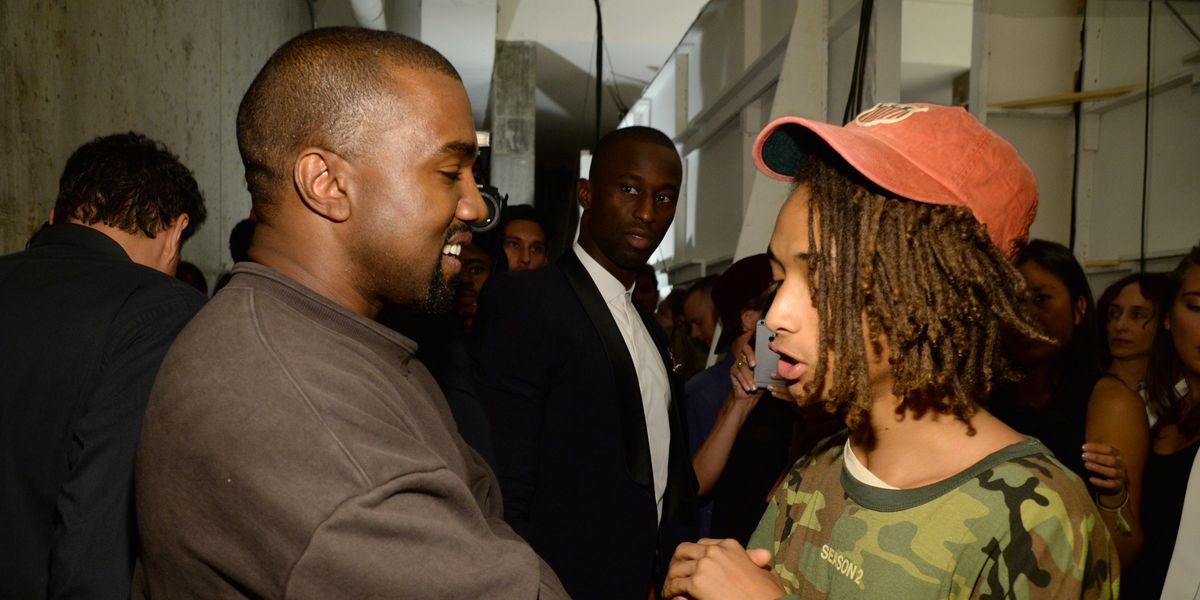 The elf sneaker wearer himself Kanye West is moving into the television space. According to Deadline, West has a new series in the works with Showtime that "examines the many doors of perception" and will feature an "alternate reality." Jaden Smith will play a young 'Ye on the show, titled Omniverse. Why not? They look nothing alike, but do share a certain chaotic energy.

Season one of Omniverse will reportedly explore the concept of "ego," which… the jokes make themselves! Maybe Kanye is more self aware than he seems.

Related | Is Jaden Smith the Future?

Smith is no stranger to the scripted series, but up until now West's TV career has been limited to occasional Keeping Up With the Kardashians appearances. You could argue "perception" has been a theme there too, although this new endeavor sounds a little more Lynchian.

Mega manager Scooter Braun and writer Lee Sung Jin are also both attached to the project, and there's sadly no air date just yet. Fingers crossed for a Kim cameo.