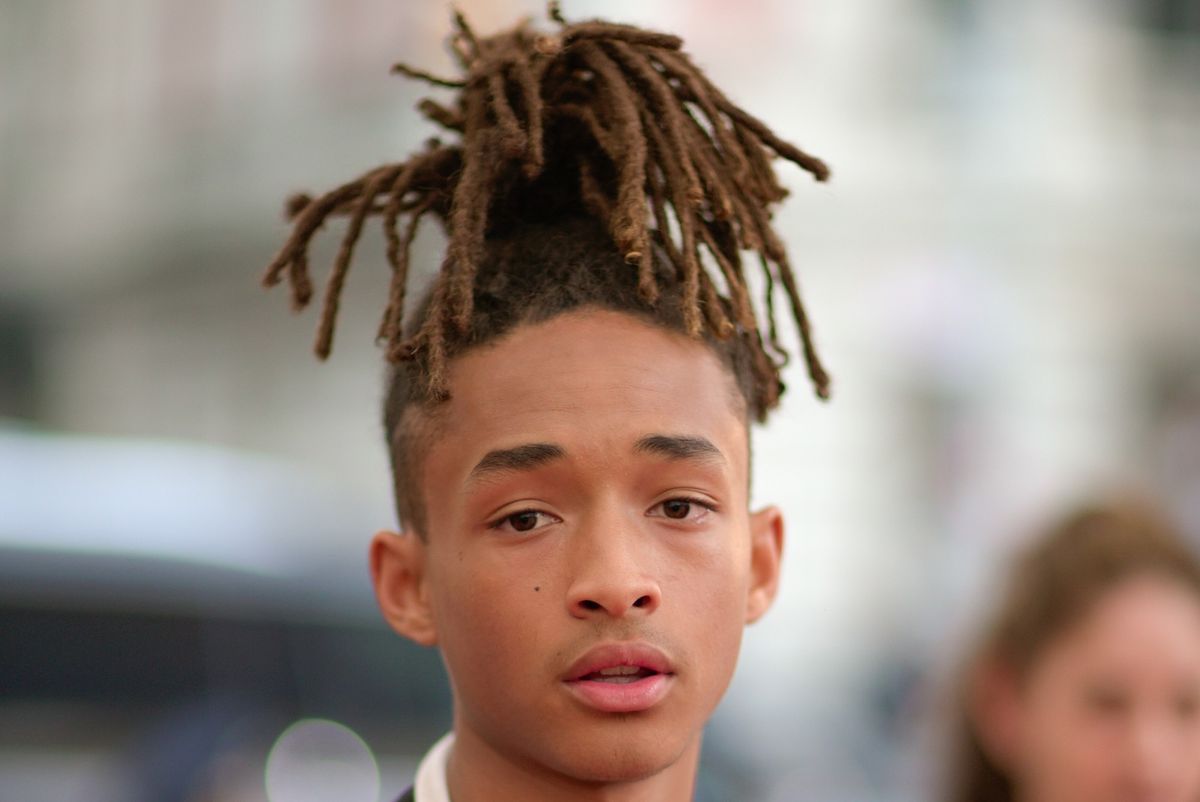 Jaden Smith is a wunderkind.

While that isn't a label usually afforded to young black kids, it's accurate: At only 17, Smith is a trailblazing Louis Vuitton model, actor and musician. And now he holds the unique distinction as Nylon's first ever male cover star.

Gracing their August cover, Smith makes a lovely and well-timed debut. His close-up shot, an intimate portrait of Jaden in a ruffled blouse and studded denim combo, is nothing short of carefree black boy realness.

In his interview, Smith speaks candidly on his reasons for wearing a skirt in his Louis Vuitton campaign, saying, "So, you know, in five years when a kid goes to school wearing a skirt, he won't get beat up and kids won't get mad at him."

Smith sees himself as more than an entertainer. He sees himself as an agent of change. In fact, changing the culture was the larger goal behind the revolutionary Louis Vuitton campaign. "It was lit because we all knew that we were going to impact the culture and change the game and make a difference."

Indeed, that's what Smith's doing, especially when it comes to changing the way black men and boys are viewed.

Stripped of their vulnerability, their expression and physical bodies policed, by dint of being black and male, many black men and boys are pushing up against masculine stereotypes and expectations. The hashtag #CarefreeBlackBoysBreaktheInternet, popularized by singer Shamir Bailey and many others, is a recent example of black young men choosing for themselves how they want to present and who they want to be. It's representation free of the constraints society foists on black men and boys.

Rarely are black young men portrayed as soft, vulnerable and tender, and it seems like that's changing in 2016.