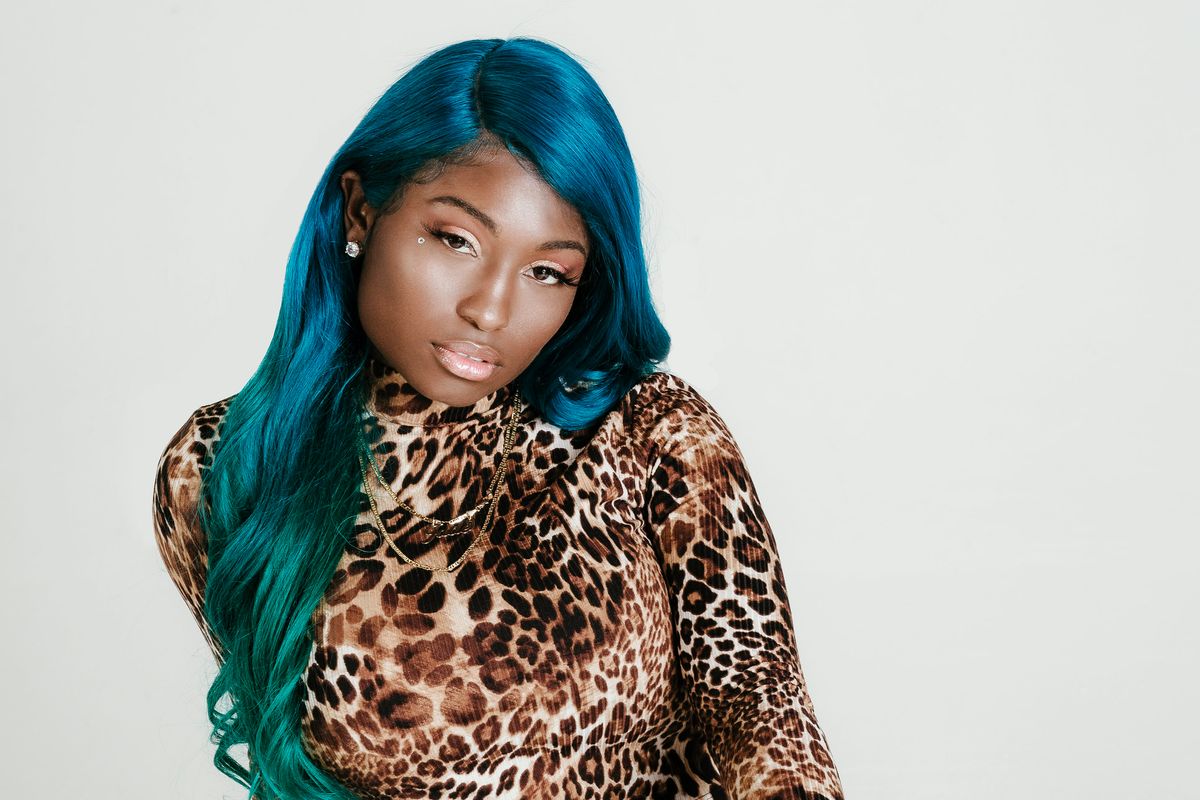 Arriving on the scene with an unapologetic, polished debut single, rapper Jade Amar is a name to watch. From her presence in writing sessions for Nicki Minaj, Cardi B and Megan Thee Stallion, to extensive musical training from Berklee College of Music, Amar's resume is certainly stacked with connections that make her qualified to become a rising hip hop star.

Today, the Baltimore-born, LA-based rapper premieres with PAPER her debut single, "Cherry Red." It's a melodic and silky smooth song about stunting on an ex while showing out in new designer, bringing listeners along for the ride as she breezes past in her "cherry red foreign with the peanut butter guts." It also features a verse from Dallas-based rapper Tray Haggerty.

In "Cherry Red," Amar's lyrics take center stage: "Talk big shit 'cause I could back it up," she raps as bright, bubbling synthesizer notes rise, before culminating with rattling beats. It also has clever double entendres, such as the line, "Might throw a fit in designer."

"'Cherry Red' was actually something I wrote for another artist," Amar says. "It initially had a different tone, but the more it came together, the more I liked it and wanted to keep it for myself. I ended up recording the final version of the song in my bedroom and was so excited about how it turned out that I had to show someone else."

And Amar wasn't the only one who thought "Cherry Red" was a great fit. Upon first listen, Haggerty jumped at the chance to collaborate, contributing his own verse.

"I invited my homie Tray Haggerty over to listen and he was into it too, so we decided to have him add a verse before sending it off to a few other friends," Amar explains. "Everyone was really vibing on it and seemed to love it, so I decided to release it as my debut single."