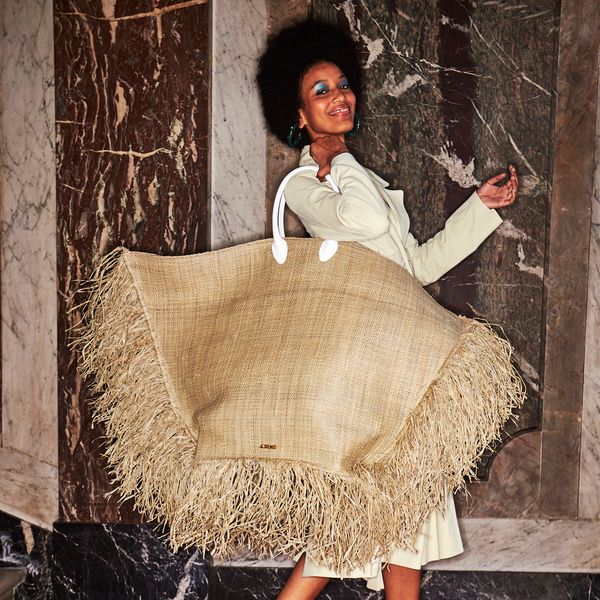 Jacquemus Takes Us to the Riviera

"I have always fantasized Italy, the Côte d'Azur, the Riviera," Simon Porte Jacquemus wrote in his spring 2019 show notes. He sees the Jacquemus woman as "wearing an evening dress and straw bag. So beautiful."

At this point, Jacquemus has established himself as the preeminent designer for all things le Midi. His collections – both in mens' and womenswear – conjure up the ideal French bather, drawing inspiration from his upbringing in the South of France and his late mother's seemingly impeccable style. And this season, the clothes were breezy as ever, wearable from beach to bar (or, preferably, a bar on the beach). They were shown outdoors, at the Italian Embassy in Paris on a gorgeous early fall day, with a cast of top models including Imaan Hamam, Stella Maxwell, and Edie Campbell.

The collection included swimwear, a number of exaggerated bags (they ranged from teen tiny to the absurdly enormous), and dresses that flowed and rippled on the runway–halters with fringe that hung to the floor seem primed to be a new brand signature. And, as has become standard with Jacquemus, the sculptural shoes were a highlight; this season they laced up the ankle and had hoops as heels, with brightly colored "J's" dangling in the middle. Trés charmont.