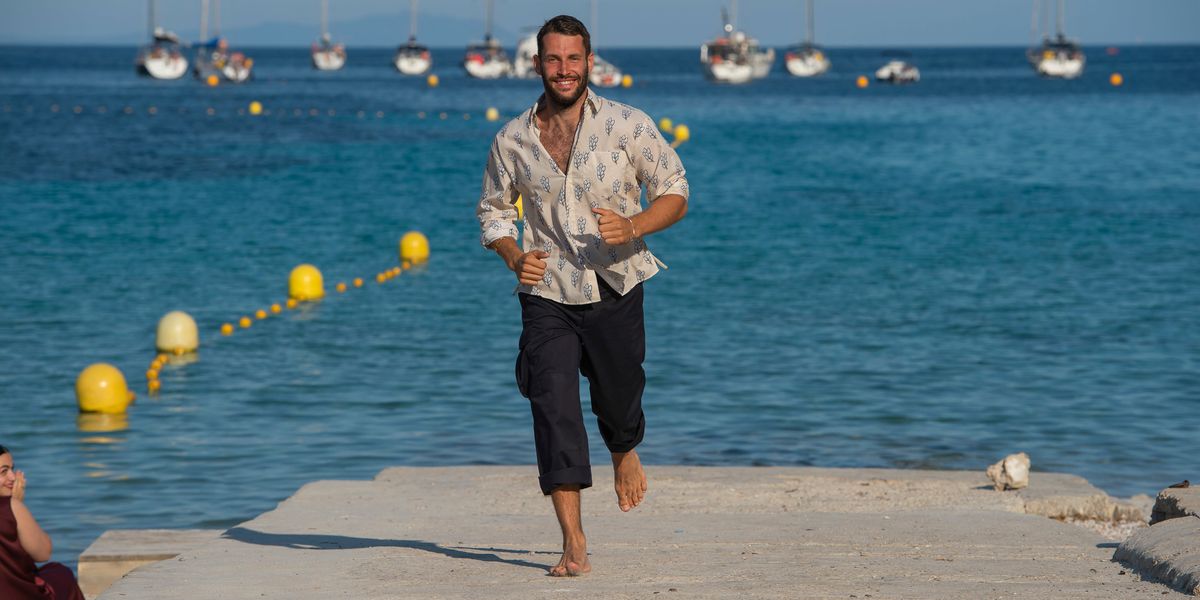 During the last show for his eponymous brand at Paris Fashion Week, Simon Porte Jacquemus walked the runway in a hoodie emblazoned with the words "L'HOMME JACQUEMUS." He'd been teasing a "new job" on Instagram for some time, leading many to muse he was replacing Phoebe Philo at Céline. Instead, he announced a menswear line, the first collection for which was revealed on a beach in the South of France yesterday.

The show came a day after Europe mens fashion month officially ended, which allowed attendees the time to travel down to a secluded beach near Marseille to see Jacqemus' "Le Gadjo" collection, which translates to "guy" or "boy." Impressively, the young designer reportedly also ensured each style be affordable to his newfound consumer, proving himself to truly be a man of the people.

Related | Jacquemus Presents One Shot of Paradise with 'LA BOMBA'

The line included prints, sunny pastels and cool linens, accessorized, of course, with embroidered bucket hats. Each piece was as chic as humorous, likely designed break out the Parisian man from his city-slicking monochrome, encouraging him let his hair down for the summer and embrace the preppy cheeriness of Mediterranean living. "I grew up here, right behind those big limestone rocks," read the designer's show notes, according to WWD. "I grew up here, between the olive trees and the red tomato fields. I grew up here, with those men in blue tracksuits, matching blue bags and hats, all light blue."

He continued, "I grew up here, with those Saturday night white shirts clean and pressed, that give you a nice tan in summer... I grew up here, barefoot, bare-chest[ed], strong perfume. I grew up here, in the Mediterranean," implying that with the right Jacquemus outfit, you too can ooze the breezy enigma of a French seaside-native.

Needless to say, as far as a masculine counterpart to his heavenly womenswear, Jacquemus more than delivered. Check out the looks, below.