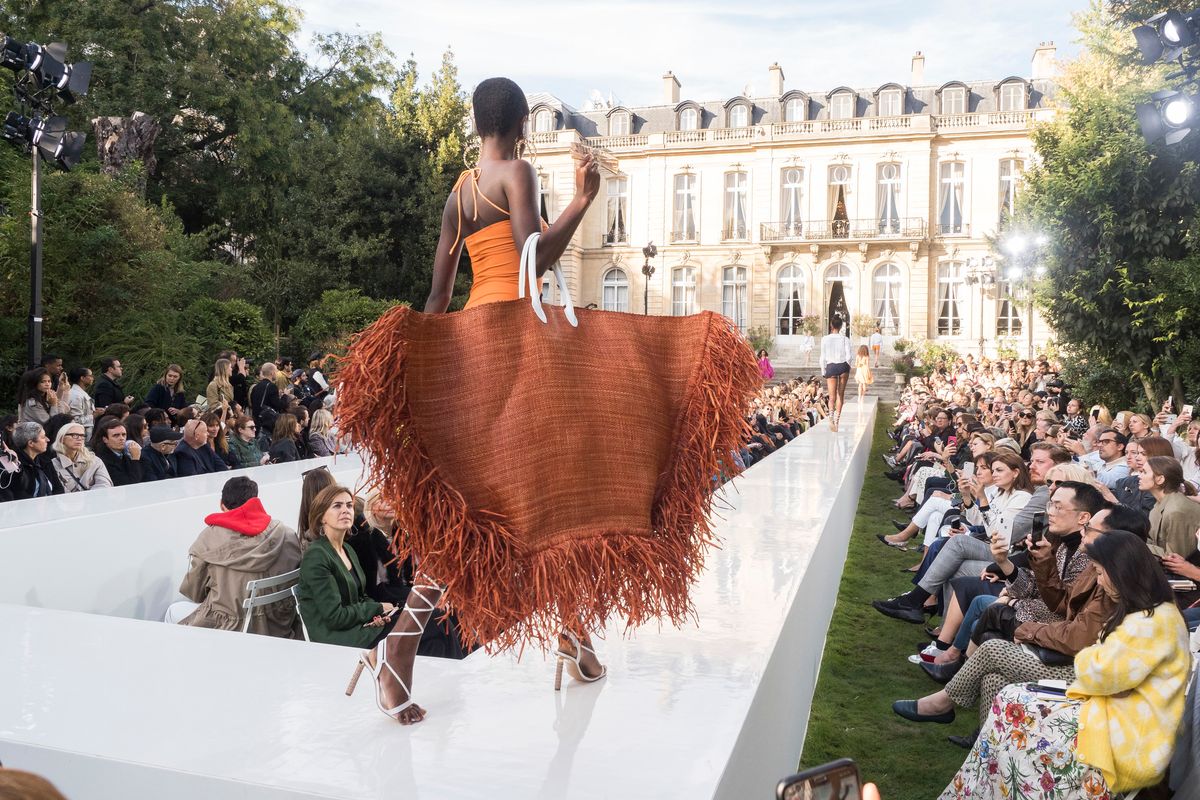 In an industry saturated with visual content, promoting an upcoming campaign by tapping a celebrity spokesperson or famed photographer is effective, yet progressively fleeting — risking the possibility of falling into the abyss of forgotten news stories. While promotional content maintains its marketing utility, pinpointing an image in the digital age that's capable of creating a lasting impression has become increasingly difficult. However, designer Simon Porte Jacquemus challenged this reality when he unveiled a commissioned painting of his upcoming spring campaign by fine artist Chloe Wise.

Inspired by the distinct aesthetic of the French Riviera, Jacquemus told WWD that he collaborated with the New York-based painter after noticing that her artwork resembled the coastal collection he was designing. "This summer, we were on holiday in the same area. I was watching her Instagram stories and I realized that her paintings were very Riviera-inspired, just like the collection I was creating at the time," the designer explained.

Jacquemus then promptly scheduled to meet with Wise in Paris, which is when the designer ideated the composition of the painting, using three models wearing his latest RTW collection. Following their rendezvous, Wise returned to New York to turn his vision into a reality.

The painting, which is composed of the color palette often associated with the idyllic European destination, is of three women wearing Jacquemus spring 2019. The model in the center is leaning up against a structure while sipping a cocktail, wearing an orange bodysuit and a green leather belt bag around her waist. Beneath her is a woman's hand, clad in a "J" branded bracelet, holding a peeled lemon. In the background, a woman stands in a sheer yellow dress, staring off into the distance.

The romantic frivolity depicted in the painting is a perfect portrayal of Jacquemus' spring collection, titled "LA RIVIERA." Following its debut in September, images of the oversized straw bag quickly circulated online as models strutted down the runway clad in luxurious beach attire.

Jacquemus spoke to paintings' ability to inspire other mediums of art, noting that Picasso and Matisse have influenced his previous collections. "I find fascinating the transformation between reality, a photo and a painting," he explained. "Chloe really managed to bring life and beauty to the (painted) fabrics, which is no mean feat. The girls' curves also allowed to play with light and shadows, something I find magnificent."