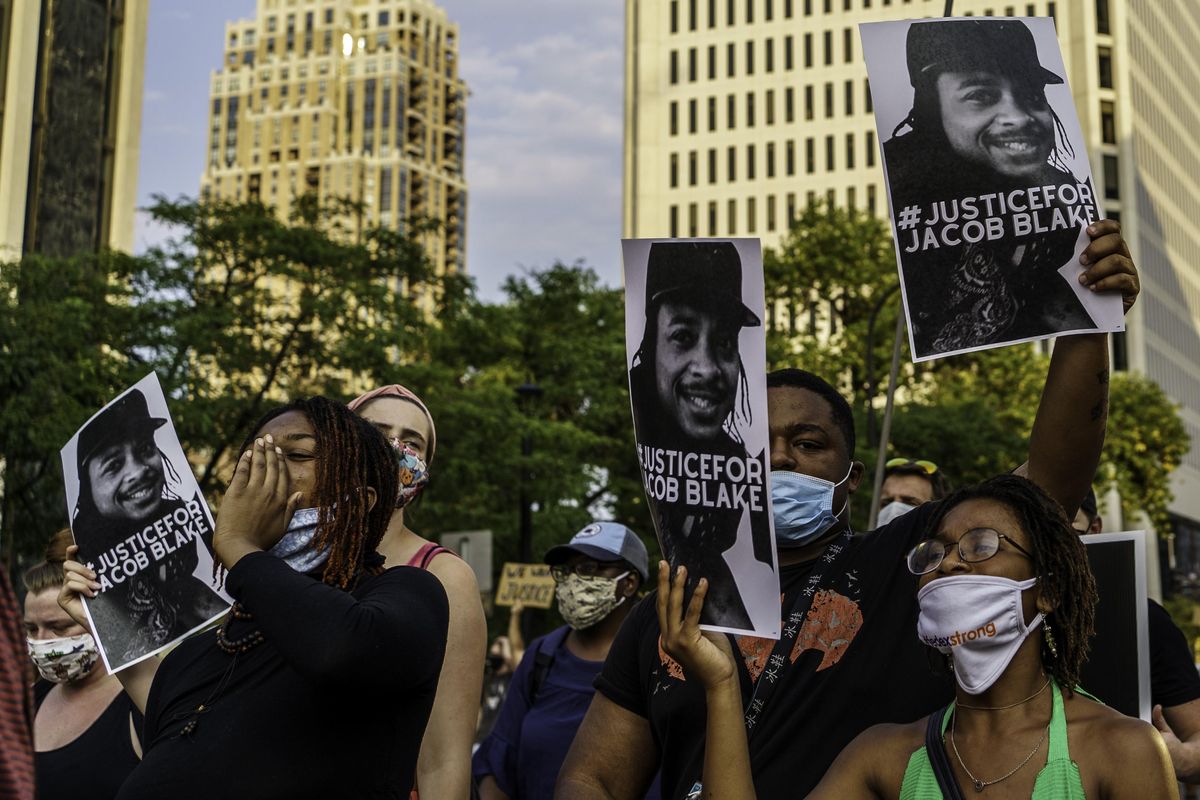 The Kenosha County District Attorney has declined to press charges against the officer who shot Jacob Blake seven times in the back.

On Tuesday, District Attorney Michael Graveley announced that Rusten Sheskey would not face any charges for the August shooting, which left Blake — a 29-year-old Black man — paralyzed from the waist down. Graveley also said that no charges would be filed against Blake or the two other officers involved in the incident, Vincent Arenas and Brittany Meronek.

"It is my decision now that no Kenosha law enforcement officer will be charged with any criminal offense based on the facts and laws," he said, before saying that he has yet to "disprove the clear expression of these officers that they had to fire a weapon to defend themselves."

During the press conference, Graveley claimed that Blake was "actively resisting" and said he told authorities he had a knife, adding that "all the discussion that he's unarmed contradicts even what he himself has said multiple times." He then called on the U.S. Attorneys Office to conduct a separate civil rights investigation.

However, an attorney for Blake's family refuted the "completely bogus" claim that he posed a threat as video from the scene did not show there was any reason "for an officer to say that he was under harm at that particular point."

"I think that is just a rationalization to try to show what is really, essentially, an intentional act," B'Ivory LaMarr said. "It's not against the law to have a knife, people have knives for a variety of different reasons. Jacob Blake is privy to having a knife."

According to the Associated Press, Sheskey was responding to a call from a woman saying her boyfriend wasn't supposed to be around and told investigators that he used deadly force after believing that Blake was trying to kidnap a child. Video from the scene shows Blake opening the door for officers and leaning into his car, after which Sheskey can be seen grabbing him from behind and shooting him.

Meanwhile, Ben Crump — another attorney for Blake's family — released a statement about how "this decision failed not only Jacob and his family, but the community that protested and demanded justice."

"Officer Sheskey's actions sparked outrage and advocacy throughout the country, but the District Attorney's decision not to charge the officer who shot Jacob in the back multiple times, leaving him paralyzed, further destroys trust in our justice system," the statement read. "This sends the wrong message to police officers throughout the country."

This past summer, the incident further galvanized nationwide Black Lives Matter protests in response to the deaths of George Floyd, Breonna Taylor, and many other Black people at the hands of police. In Blake's home state of Wisconsin, news of the shooting led to a number of protests, including one where 17-year-old Kyle Rittenhouse fatally shot two men and wounded another after opening fire on the crowd.