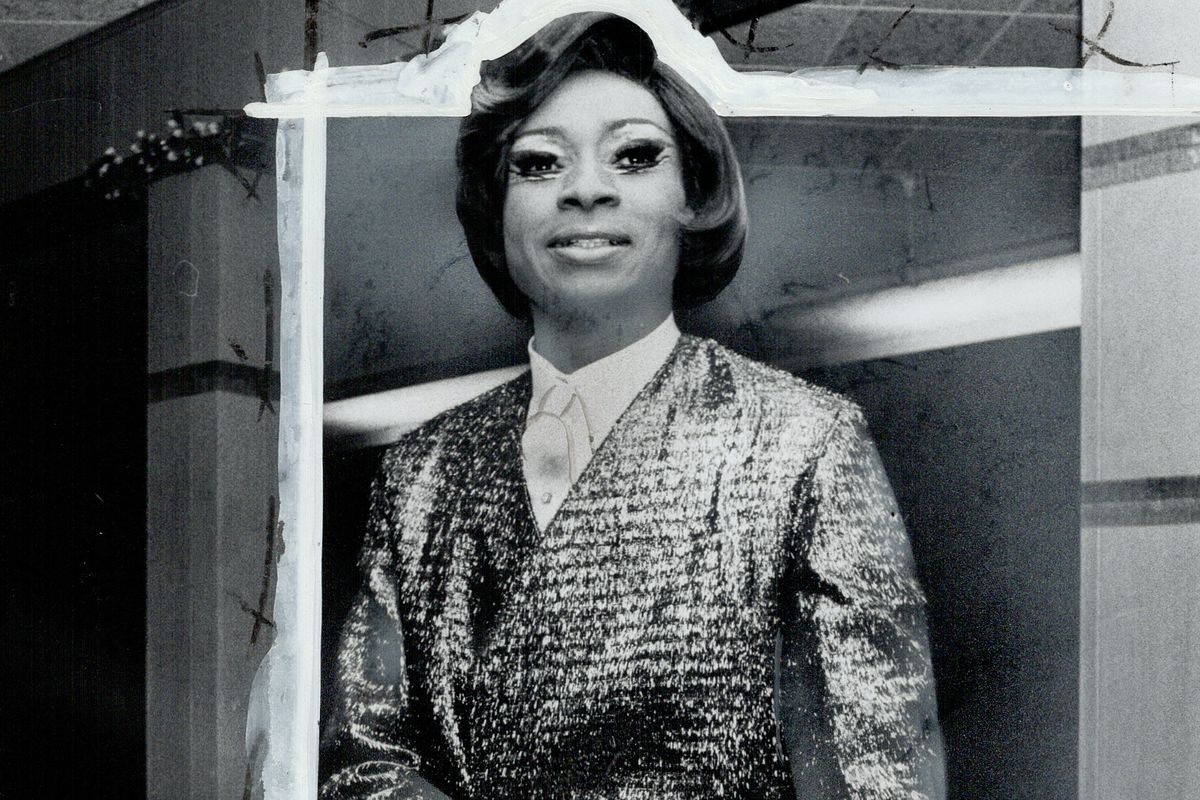 Soul singer and trans pioneer Jackie Shane died this week at 78, her label Numero Group confirms. Todaycredited with helping to define the "Toronto Sound" of blues that dominated music in the 1960's, Shane was born in 1940 and raised in Nashville. Fleeing Jim Crow racism, she found a new hometown in Toronto, where she joined Frank Motley's R&B band, singing and playing drums. Her smoky voice, which has been compared to Nina Simone's, became a legend at local clubs, but she eventually gained American attention with hits like "Any Other Way," which was #2 on national radio. She was courted by labels including Atlantic and Motown, but turned them down, according to a 2017 interview with The Guardian.

Despite growing up in the 1940's south, Shane began living as a girl at age five. "At five years old, I would dress in a dress, hat, purse and high heels and go up and down the block – and enjoy it," she told The Guardian. She'd sometimes perform in gowns, but most often wore suits on-stage, which she's said sometimes caused people to identify her as a lesbian. Though she was embraced by the Toronto scene, she was often harassed by band-members and sometimes the police. "I've never had a group that didn't have one member who wouldn't leave me alone," she said in the same interview.

She was courted to be a singer for George Clinton's band, and toured extensively, including once with Etta James, before disappearing in the early 1970's and living in seclusion for decades. In the last few years, however, Numero Uno was able to find Shane to secure her consent for a retrospective of her discography. The album, Any Other Way was released around 2017, telling her full story in its liner notes for the first time.

"People have come up to me and said, 'Jackie thank you. You made it possible for me to have a life.' That's why I was there," she told The Guardian, describing her pride in how her life has inspired others. "My whole approach is to get you to go up against wrong. I don't bow down. I do not get down on my knees. The lowest I go is the top of my head. This is Jackie!"

"Pioneering trans soul singer Jackie Shane has passed away at the age of 78 in her home in Nashville. A cultural icon in her adopted hometown of Toronto, Ms. Shane left the music business suddenly in 1971 and spent decades in semi-seclusion. A career retrospective on Chicago's Numero Group label in 2017 ultimately led to a Grammy nomination for Best Historical Album. “I do believe that it's like destiny, like that something that could not be avoided,” Jackie told the CBC last month. "I really feel that I have made a place for myself with wonderful people. What I have said, what I have done, they say it makes their lives better."

"Jackie didn't do what she did for anyone's else's approval. She was here to entertain, but also to educate and inspire. She lived entirely on her own terms," Numero Group A&R rep Douglas McGowan told Billboard. "She taught me so many things about self-respect and grace under difficult circumstances," he said. "I believe that she was a visionary who will never be forgotten, and will be recognized by more and more people as one of the greatest soul singers of all time. I'll never know anyone else like Jackie."

McGowan helped track Shane down, and helped convince her to release Any Other Way. He told The Guardian that the album is a reminder for "young people that some people have been fighting for rights before there were even names for their causes."

Read Shane's most recent interviews with The New York Times, CBC, Billboard, The Guardian and Broadly.