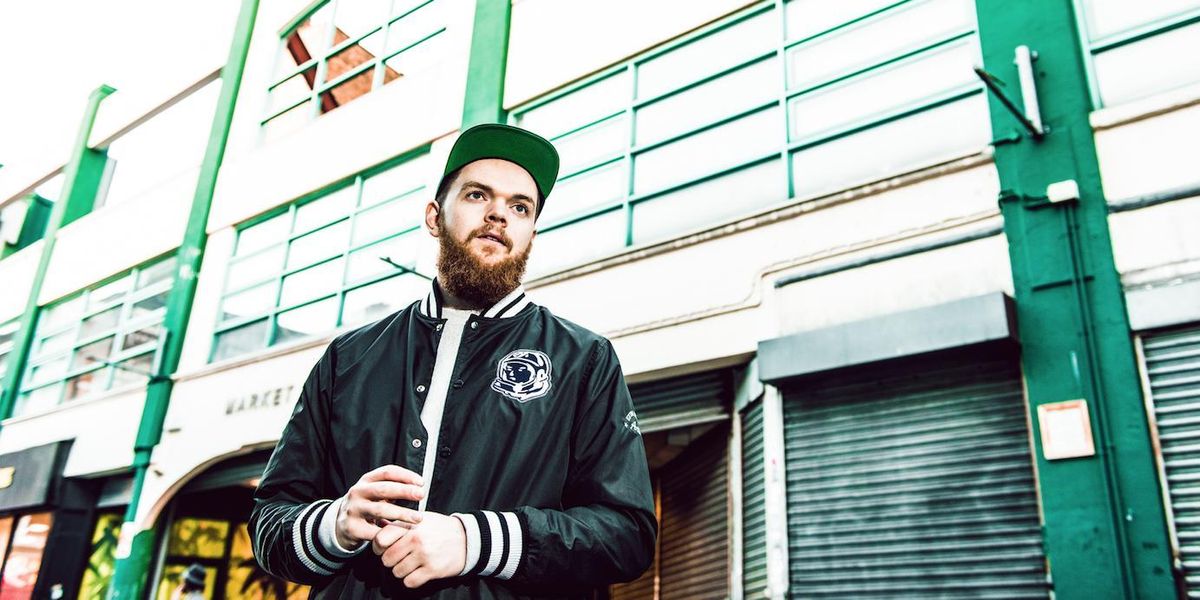 His debut album, "Phase," is out today.

There's been a slow -- but steady -- build happening for Jack Garratt. Over the past two years, UK multi-instrumentalist Garratt has released two EPs full of genre-crossing beats and has even found fans in Katy Perry and Aaron Paul -- but he's been writing songs since the age of 12. His soulful vocals call to mind Sam Smith while his mixing and production work parallels Flying Lotus. You've probably danced, cried or did both at the same time while listening to songs from Garratt like "Worry" or "Weathered" along the way.

After much time spent making bedroom recordings and performing on the road alongside MS MR and Mumford & Sons, Garratt releases his debut LP Phase today. It's an album full of heart and one that shows that amidst all of the artists making woozy, soul-tinged electropop today, Garratt stands out and is poised for a long and productive career ahead of him. Prior to his record release, we spoke to the artist about the soul pop scene, being the BBC Sound of 2016 winner and his US crossover.

So you have a very distinctive beard. Do people comment on it a lot? Have you named it?

No, I haven't. It's hair on my face and acts as such. That's probably the best way I could talk about it.

Can you tell me a little bit about how you first started making music? You won a 2016 Critics' Choice Brit Award and topped the BBC Sound of 2016 list. What's the last whirlwind year been like for you?

Music has been a part of me for as long as I can remember. The last year has been very strange because it's really been a year where I've actually been able to prove myself. Not only is music a very important part of my life, but it will hopefully be able to keep me living for a long time. It's not just a hobby of mine -- it feels like the reason I'm here. Making music and being able to share that music with as many people as possible comes with a lot of purpose. It's something I've come to realize after the past year or so.

Is there any particular message behind Phase you want to send fans?

The record itself is a collection of all of my thoughts, all of the things that have happened -- right and wrong -- over the past three or four years or so. The message or theme behind it is kind of up for discussion. I have an idea of what I think the record is about. I have an idea of what the songs talk about and what emotions the sounds are trying to convey, but ultimately my opinion of what those things mean isn't necessarily right or wrong in comparison to what someone else might think of them. The songs talk about different kinds of emotions and feelings -- modernized human instincts that we have nowadays and our instinctive emotional reactions to different things. I'm loosely talking about the fact that we live in a world that deals with selfishness now. The album talks a lot about whether we're being selfish for ourselves or if we're being selfish for other people. It addresses whether there is a way in which you can think about yourself for the good of someone else.

You were named the #1 artist on BBC's Sound of 2016 list. Were you expecting that? Do you think you've been able to cross over from the UK to the US?

I wasn't expecting it at all actually. It was genuine surprise and a real shock. The thing I remind myself of everyday is that I wasn't the only person that was up for that title -- there are lots of other people who deserved it as much as I may do. The [BBC] Sound of 2016 is an extremely versatile list. There are so many different artists that came up at the same speed and in the same time as me. That's the thing that I take great pride in -- knowing that people may consider me to be one of those artists. I don't like to think of myself to be the Sound of 2016. I'm just part of what that sound might be, which is really encouraging to know given the talent that exists in other parts of the world from people who are trying to do the same thing that I'm trying to do. It's making it in the music industry which is what we love, turns us on and brings us real passion, which is music.

I feel like everything is going very well in the UK and people are starting to listen to the music much more and know my name and affiliate it with my music. I feel like that's transitioning well in the States, too. I would hear horror stories as a kid about how the Americas are a very difficult market to crack -- like if you're a UK act, you have to break America. I personally haven't found it to be like that at all. For that reason, I thought the US market would be really hostile and everyone would hate me because I'm British. It's kind of been the opposite: everyone has been so open and loving. They've just showed great appreciations for well-intended music. I've had really, surprisingly great reactions -- especially at my live shows. That's the only thing I can gauge. I don't know how "well" or "not well" things are actually going. I've got a tour in the US coming up and lots of the shows are selling out. I'm really excited to play to those audiences.

What do you think about the other artists coming out right now that have a very similar soulful pop sound as you like Jarryd James or Sam Smith ?

I think that style of music at the moment is very popular right now, but I think there are very distinct differences between what I do and what artists like Jarryd James does. There's a group called Ceramic from the UK that just released a track that has that soulful feel. The same with HONNE. I don't know why it's suddenly now becoming well-represented. I know Jarryd and I've played a show with him before. We do have similar music styles and tastes -- we both have similar goals for what we want to do with the music we make, but I wouldn't say we sound similar. It's kind of easy to blanket those kind of artists with those kinds of terms. Soul music has really important roots in so many different kinds of music. It's also a bit of an umbrella term for music. There are so many different kinds of music that fall under the category of soul and the same could be said about pop music. I think that's really exciting. The music that's coming out at the moment from male-led songwriters and producers has a very obvious bloodline. We all appreciate soul music and Motown music a lot, but we all have something different to say and a different way of saying it. At least the people I mentioned do. There are people that jump on a bandwagon because it does seem to be a popular kind of music at the moment, but I do think we're all here for the right reasons and we're not trying to be like anyone else.