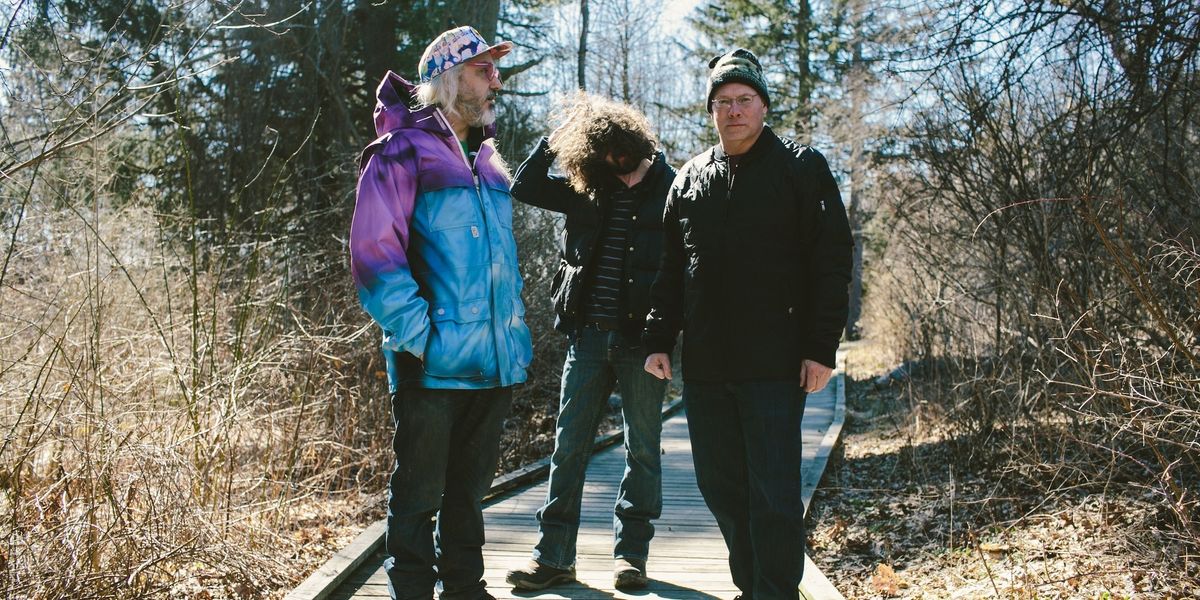 J Mascis Gets Candid About Dinosaur Jr.'s "Give A Glimpse Of What Yer Not"

J Mascis may be one of the most underrated lyricists of the last thirty years. Though often recognized as an alt-rock guitar god, the singer has also been crafting penetrating, overwrought lyrics since Dinosaur Jr.'s 1985 debut album, Dinosaur. His guitar parts and words both resonate with feeling, and in a time where most music is shrouded in layers of production, Dinosaur Jr.'s remains stripped down and refreshingly sincere. And with the band's latest release, Give A Glimpse Of What Yer Not, Mascis continues to reveal more of himself—his slicing riffs and self-loathing lyrics leave nothing unsaid.


But the real life J Mascis is completely different than the one on record. The singer's legendary sarcasm and soft-spokenness present a discernible contrast to the prolific artist whose lyrical honesty paints a stark portrait of his reality (in no small part why it's remained relatable to angsty teenagers for over three decades).

"A lot of the problems I used to have with J, I don't have anymore," says bass player Lou Barlow. "I realized he's just a guy who really just genuinely loves music—he just wants to talk about music and not himself. I used to resent that, especially in interviews and stuff, but now I understand what he's all about."

But for a guy who doesn't like talking about himself in the press, he does it a lot in his songs. Mascis' lyrics are a veiled glimpse into a complicated mind filled with self-deprecation and doubt, his voice falling somewhere between over-feeling and empty—or as he put it, on Without A Sound: "I feel the pain of everyone, then I feel nothing." His legendary guitar riffs combine distortion and reverb to create a sort of controlled chaos that evokes the same conflicted feelings his lyrics do -- and Give a Glimpse of What Yer Not is no different.

After eleven albums and countless tours, Dinosaur Jr. definitely has an established sound. Still, the record feels fresh and authentic—Mascis, Barlow and drummer Murph are clearly not concerned with making something that sounds like what a Dinosaur Jr. album is supposed to sound like.

"We've never been a band who focuses on what the audience thinks or what people expect from us and we don't go in with any goals," says Barlow.

"A lot of bands do sit down and go, 'Oh, it's time to do a new record, what do we want this one to sound like? What do we want to say to the audience?'" adds Murph. "We've never done that. We never forecast, we never sit around and discuss like, 'What do you think, guys?'"

Mascis agrees: "It's just the pressure of having to write a new album that helps."

The result of that process makes Give A Glimpse of What Yer Not one of the band's best. Their blend of punk and sludge give the album an inherent grit, while Mascis's soft melodies on tracks like "Knocked Around" provide a sincerity that showcase the band's range. Album opener "Goin Down" is classic Dinosaur Jr. with catchy pop-punk riffs that could've just as easily been from '94's Without A Sound. The tracks, from the gloomy, metal-inspired headbanger "I Walk For Miles" to upbeat alt-pop "Tiny," showcase the band's affection for and incorporation of a wide variety of musical genres. Although Mascis really does love all types of music—from soul singer Gil Scott-Heron to The Cure—he lights up especially when talking about punk, and the college radio station he took over while attending UMass.

"It was like the music of our time. It was happening right then and I could relate to it in a lot of ways," he says, of discovering early punk records. "On the radio station, we would play all of these really rare English punk bands we were just finding out about."

Mascis's excitement when he talks about discovering The Ramones, Discharge, and The Stooges is palpable. Barlow and Murph get equally excited when sharing stories about finding their first LPs, and the band's punk influence is probably their most significant. Others, like the classic rock from Black Sabbath and Neil Young to goth greats The Birthday Party, are harder to pinpoint. Despite major label disputes, break-ups and reunions, the band has stayed true to a sound that's completely their own, with Mascis expressing himself through song in a way he either can't, or just doesn't want to, anywhere else. And since making music seems to be his way of navigating his internal life, it doesn't look like Dinosaur Jr. will be breaking up again anytime soon. In "Goin Down," he sings, "I got more to say, I got more to prove you wrong."