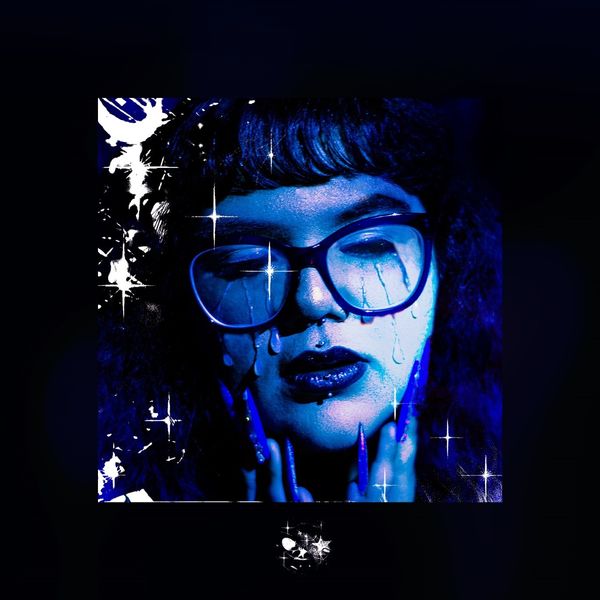 With intense love affairs often come equally tumultuous memories — from initial butterflies to bitter endings. In strong relationships, it can feel like a piece of your heart is set aside for someone, the memory of them ingrained within you. Florida-based DIY/ electro-pop singer Ivy Hollivana has coined an effective term for this: "loverdiamond," which also doubles as the title of her latest album, released independently last month. Inspired by the loss of a close friend, a frenzied touring schedule and ultimately, her own personal growth through it all, Hollivana analyzes her past on Loverdiamond.

Seven glistening, self-coined "sensitive" pop tracks showcase Hollivana's angelic soprano, drenched in instrumentals composed of Kontakt harps and celestial synthesizers which complement her reflective lyrics grappling with everything from purpose ("Before All This") to the importance of holding onto memories of those who've passed ("Soul To Take").

From ballads to dance anthems, Holllivana's latest record boasts quite the variety. "I make music that people like to sway to," Hollivana tells PAPER, "although my favorite thing to do is mosh and yell my lyrics."

The term, "loverdiamond," helps transform a feeling into a tangible visual: as Hollivana describes, a "precious stone consisting of a yearning heart and crystallized hope."

"A 'loverdiamond,' to me, forms when you meet someone, when you learn their spirit and their passions and their ups and their downs," Hollivana says. "When you learn about a person in general, a little stone is formed within you and you carry that."

As an artist immersed in her Central Florida DIY/ house scenes, Hollivana continues to garner traction from listeners outside of her home base, including A.G. Cook, who included the second track off Loverdiamond, "Risk," on his curated playlist of 'hyperpop' on Spotify.

It's a thrilling time for Hollivana, who only a year ago was pinned between a grueling, all-consuming day job, booking local and international shows all on her own, while simultaneously facing emotional trauma. But amidst chaos, Hollivana looked to music as a means of catharsis.

"I was working more than 40 hours at a very fast-paced job with intense, mental anguish," Hollivana explains regarding the setbacks to completing Loverdiamond, "I was basically really mad all the time, because I didn't have time to work on my music. When I did have time I really immersed myself in it. It's a personal growth album, it's a culmination of all the chaotic stress of that job and where I was at the time, and dealing with death, the loss of a good friend of mine, dealing with trauma on top of trauma. It is a testament of how I've grown and how I've evolved as a person and I'm very inspired by taking the scariest things to me and writing about it, like death."

With a musical journey that includes classical vocal training and electronic experimentation, Hollivana developed a personal sound that she deems "breakbeat/ chamber-pop" through programs like GarageBand, Logic and FL Studio to now, Ableton. She created Loverdiamond entirely from her personal computer in her bedroom. "The memories I associate with that album are touring, meeting new people, working myself to death, and being crazy, that's my biggest takeaway from the process. [Regarding] the actual recording process, it's a very spur-of-the-moment thing, I dance around in my room, I sing, with lyrics I do it all usually improv, it happens pretty quickly and naturally for me now."

At the age of 18, Hollivana left her California home and embarked on a journey that ultimately led her to Daytona Beach and the DIY community surrounding it. By finding local events on Facebook, Hollivana was eager to perform at any type of avenue, regardless of musical genre. She wanted to be "close to" the music, attending everything from bluegrass shows to open mic nights at a smaller cafe. "I love talking to people, getting to know people, seeing what they're passionate about and that's how I got into Florida DIY," she says. "The [DIY] community is all about the love for the craft and that's what I feel the most close to." Through frequent concert going and networking, Hollivana ultimately became a renowned name in her local community, garnering a support system of artists, creators, photographers and music lovers alike.

As an infamous hotspot for COVID-19 deaths, living in Florida's red-dominated state has its challenges, especially for independent musicians like Hollivana who receive little to no benefits from unemployment. "It's hard because [Florida lawmakers] don't care about workers in general and specifically good workers and creatives, they could give less of a fuck," Hollivana says. "It can be really discouraging. It's hot, everyone's mad. My friends in the DIY community in Orlando, Daytona and Tampa are staying smart and not playing shows. Because we're all so scattered we don't have that connection, and it feels like the community is very separated and it's really difficult."

Hardships like these inspired tracks like "Lavender Lightning," with lyrics that depict watching the Earth succumb to the horrors of climate change.

Through five of Loverdiamond's songs (apart from its instrumental "Intro" and "Outro,") Hollivana denotes the importance of memories, and how in uncertain times — like, say, the entirety of 2020 — they might be all we really have. Ultimately, everything on the album relates back to Hollivana's travels, those she met along the way and the power that the remnants of moments have once they end.

"Memories are keeping me going. One day I'm going to go to a DIY show again, we're all going to mosh again, yell, run around and drink [Pabst Blue Ribbon] PBR's and get wasted and go crazy," Hollivana says with a laugh, looking optimistically to the unforeseen future, which is what she wants listeners to take away from the record.

For Hollivana, the right way to deal with societal change and unreliability is to look back — not longing for what once was, but to find comfort in knowing that it will someday return. "Cherish your friends, cherish your memories," Hollivana says. "It's all about perseverance, knowing you're going to see your friends again, you're going to see that show again — it's going to be okay. For Loverdiamond, it's about embracing chaos because right now we don't know what the fuck is going to happen, just say you're along for the ride. It's a 'fuck it' mentality."