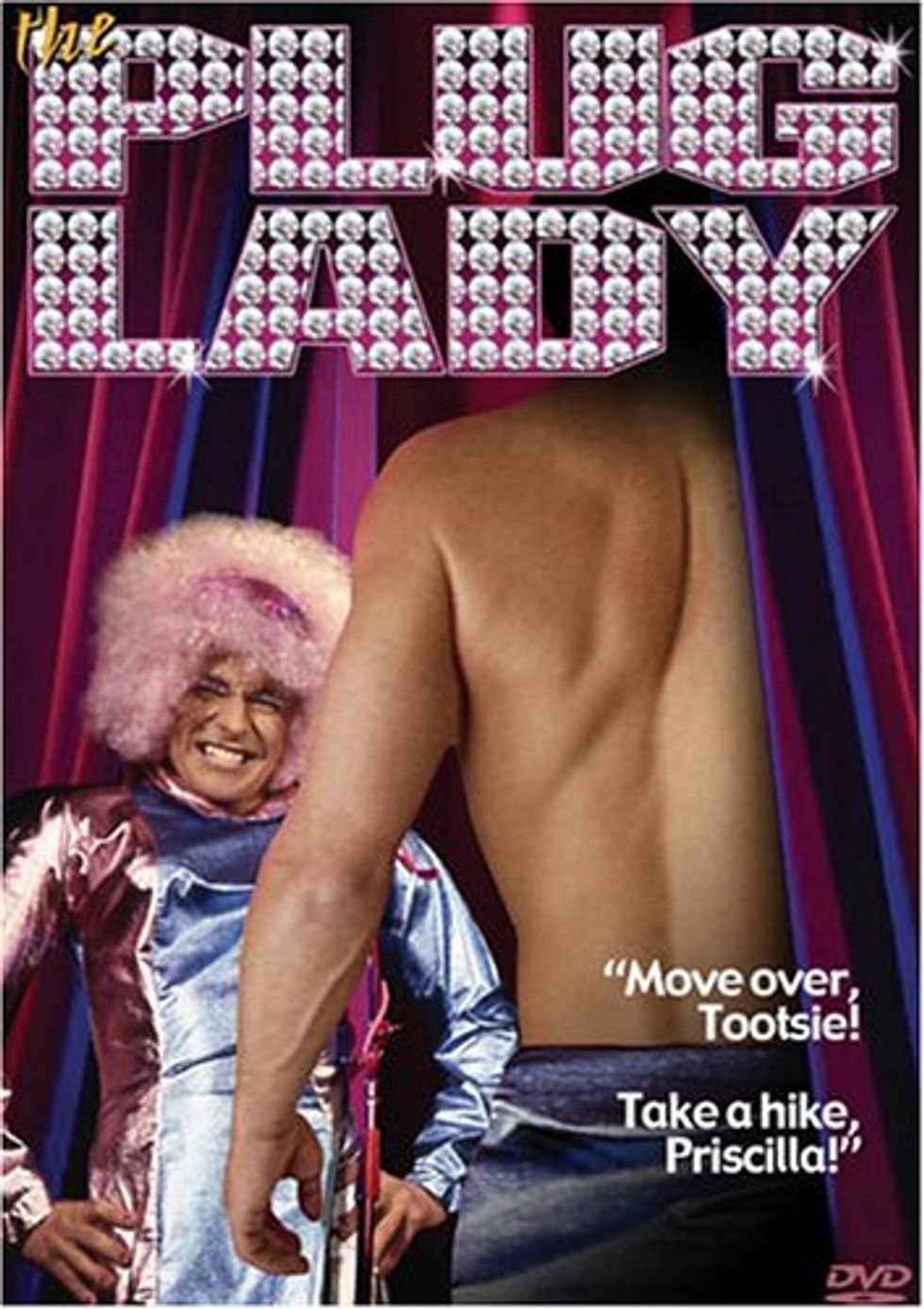 I've Found The Best Worst Movie Ever Made


Move over, The Room, the hilariously inept Tommy Wiseau vanity project about betrayal, which was admiringly called "the Citizen Kane of bad movies" by EW. Thanks to a suggestion by comic Drew Droege (who you might know for his Chloe Sevigny videos), I've come upon a film that rivals that one and maybe even surpasses it for sheer enjoyable badness -- the 1999 dramedy The Plug Lady, about a drag-turned-trans performer who brags so much about her plug (before turning on it) that you're desperate for her to plug it up!

The film was the brainchild of writer/director/producer/star Anthony
Saladino, who cast himself as a lousy but game cross-dressing comic who shockingly becomes a NYC sensation and even has a reasonably hot guy chasing his tail, desperate for his (non-existent) female parts. Saladino plays Shawl, who's come to town from Minnesota to become a drag star, noting that a plug in a socket makes a supposedly orgiastic noise, and adding, "Women and electricity are one. I am the Plug Lady."  Thanks to electricity, Shawl prank-calls Jupiter Sue, a cabaret owner she's met, and somehow Jupiter Sue doesn't get out a restraining order -- in fact, she's enchanted by the abuse and gives Shawl a job as a waiter, then a performer at her wacky West Village club. Even more astonishingly, the Plug Lady is a smash, despite serving up terrible non-jokes in a weird mix of Creole and Brooklyn accents, complete with gurgling noises. Sample material: "There are two kinds of ladies -- those who don't have plugs and those who do," followed by an "eeew" that seems borrowed from Pat on SNL, after which Plug Lady screeches and whinnies, with arms jiggling upwards. Another typical "punchline": "Once you get past my plu-u-g, you won't be worrying about my baw-awls." Yes, these are the jokes, folks -- and the cabaret audience (no doubt Saladino's friends, when they were still talking to him) are repeatedly seen guffawing their guts out upon every wretched gag, as it were.

Shawl also scores in her personal life, meeting a street skank naked Skunk, who, on sizing up this new potential conquest, exclaims, "Damn, that pussy's fine. You make me wanna hit it, smack it, and flip it." (Those words become sadly prophetic, it turns out.) The two misfits go on a really sweet date ("You gonna ask me to piss on you, baby?"), then head -- naturally -- to the ballet, though we don't see them at Lincoln Center, only standing in front of some aquarium display, making one wonder if they were banned or just couldn't afford the train ride there.
Skunk thinks Shawl is a born biological woman, and so, The Crying Game ensues, but with hitting and epithets in lieu of vomiting. (I guess the audience -- such as it is -- can supply the spewing.) To pay for the operation she's decided is required as she goes from self-described drag queen to transgender, Shawl turns to prostitution and thinks she can win Skunk back by getting word to him that she's hooking up with dangerous clients. Amazingly, (A) Yes, she wants him back. (B) This plan works! Skunk walks in just in time to beat up a gnarly client and return to Shawl's life as the guy who originally beat her up, while assuring her he doesn't usually do that sort of thing, just so she doesn't get the wrong idea.

Meanwhile, ma comes to town and has verbal tussles with her transitioning former son. Ma gets even more shocks when she's sitting in the audience for the Plug Lady, who announces onstage that she'd been abused by dad, so she threw the plugged-in hairdryer into his bathtub and offed the guy! Ma is taken aback to hear this revelation -- though she was probably already horrified by Plug Lady's rotten act -- and ends up killing herself in a bathtub at Plug Lady's apartment. The power of plugs! By the end, Plug Lady has had her plug (and her ma) removed, kowtowing to Skunk's remark, "There is only gonna be one plug in this relationship, and it's this freakin' plug right here." And you can see it all on YouTube!


WHY IT'S SO BAD: The rotten stage act is just plain shocking. It has the worst overdubbing in history, especially during one outdoor scene between Shawl and ma, where mouths are frequently moving with no sound coming out. Plot lines are dropped like potatoes. (A fellow transgender performer who cuts her own penis off isn't mentioned again after some initial concern for her well being. Similarly, Shawl's trick who's beaten up by Skunk just lays there as Skunk and Shawl hash things out. No one even checks to see if he's still alive.) Also, there are some very weird shots (a creepy closeup of Shawl's eyes, plus a useless image of a customer's back). And things get wildly repetitious, as in the numerous prank calls, scenes with Jupiter Sue telling Shawl how great she is, and onstage breakdowns.

WHY IT'S SO GOOD: You have to kind of submit to the unapologetically trashy characters, who are far from correct, or even logical, but who never bow down to circumstance. Some of the interplay with ma (when dubbed properly) has relatable elements about sticking up for one's own identity. The multiple meanings for "plug" start to get to you, in a rather twisted way. And one online commenter claims that Adam Sandler likes the movie, which isn't surprising (since the comedy is so unselfconsciously lowbrow and silly) and is actually kind of cute.
Most intriguingly of all, I can find no current record of Saladino online or elsewhere. Did he suffer an accident in a bathtub? Is he in hiding from shame? He shouldn't be. I've watched his good/bad movie multiple times, and will keep showing it to friends to remind them of what cinema is capable of.
You May Also Like
Famous People