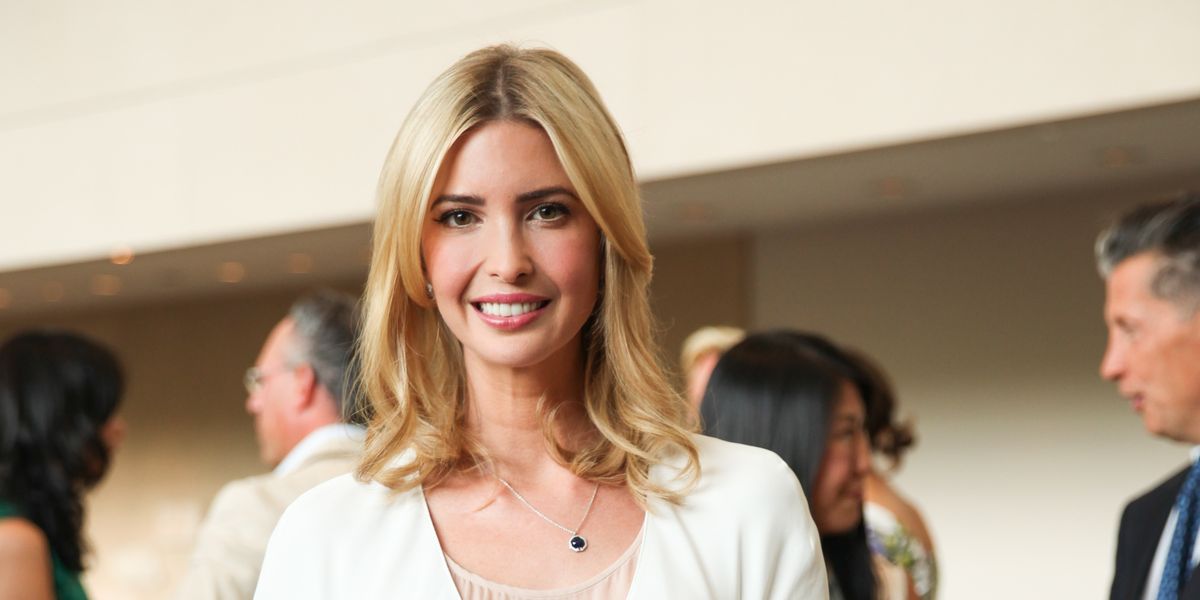 Ivanka Trump's brand has had a long few weeks.

After Nordstrom decided to drop the First Daughter's line amidst dwindling sales, her father, one Donald Trump, denounced the store—which, naturally, caused its own tailspin. Shortly after, Kellyanne "Alternative Facts" Conway broke too many ethics codes to count when she went on live television to promote the brand, telling the presumably conservative Fox News viewers to "Go buy Ivanka's stuff!"

Even with all that, though, just yesterday, it was announced that the brand had experienced a recent spike in sales, making it one of the "best weeks in history" for Ivanka Trump Collection. Apparently Kellyanne's promotion had worked in Ivanka's favor. (I wonder if it had something to do with the microwaves?)

But every "success" story is bound to have a few low points. Today, a representative for Ivanka's brand confirmed to Rack that it would be shutting down its collection of fine jewelry. While the brand, as a whole, did experience the aforementioned spike in sales, the sales were limited to the more affordable items. Ivanka Trump Fine Jewelry Collection, which ranges in price from $400 to $25,000, just doesn't seem to appeal to the same people splurging on $100 sheath dresses.

In a statement on the decision, Ivanka Trump Collection president, Abigail Klem, who took over after Ivanka stepped down to avoid any conflicts of interest, said: "As part of our company's commitment to offering solution-oriented products at accessible price points, we have decided to discontinue the Ivanka Trump Fine Jewelry collection. We will be focusing our efforts on existing and new categories that are most relevant to our loyal customers — including fashion jewelry, which successfully launched last fall with price points that are aligned with the rest of our collection."