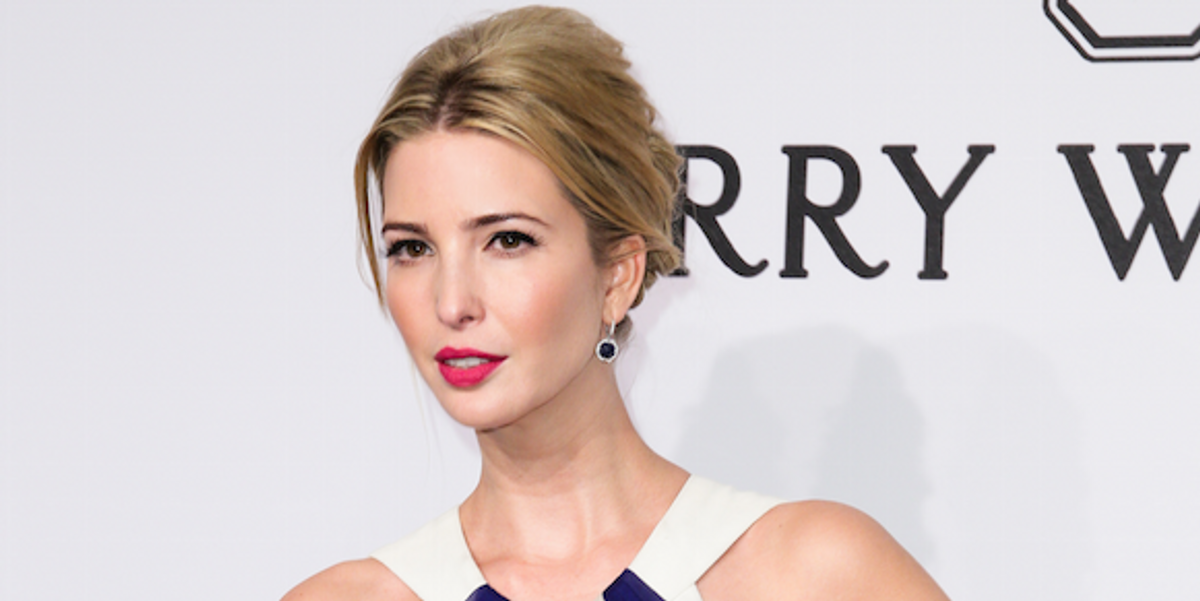 As nice at it would be to write things just keep getting worse for the hyper-privileged spawn of our nations very racist, very sexist demagogue Donald Trump, Ivanka is still doing pretty damn well, though yet another brand has indeed dropped her products in areas where no one is down for the Trump fam cause. Sayonara, arrivederci, goodbye.

Ivanka's hustle has been a real political issue for a while now. After the organized boycott that was the #GrabYourWallet campaign significantly affected sales resulting in Nordstrom opting to no longer stock Ivanka's line, Daddy Trump tweeted against the brand. Later, Ivanka's line did exceptionally well after Kellyanne Conway's ethically ambiguous shout out on live television, only to once again plummet. Now it seems Bed, Bath & Beyond is also trying to distance themselves from what has become a real hot mess, but, again, only in selected areas.

After #GrabYourWallet campaign leader Shannon Coulter announced the company would no longer be carrying Trump products, Bed, Bath & Beyond released an official statement clarifying Ivanka's line will be still stocked in stores where "consumer demand and business performance justifies it." They do not, they said, make "merchandising decisions on anyone's political beliefs."

Essentially, red states will still be able to purchase whatever it really is Ivanka sells because, hey, that's good business.

[h/t Teen Vogue]
Image via Matteo Pradoni/BFA.com
You May Also Like
Music