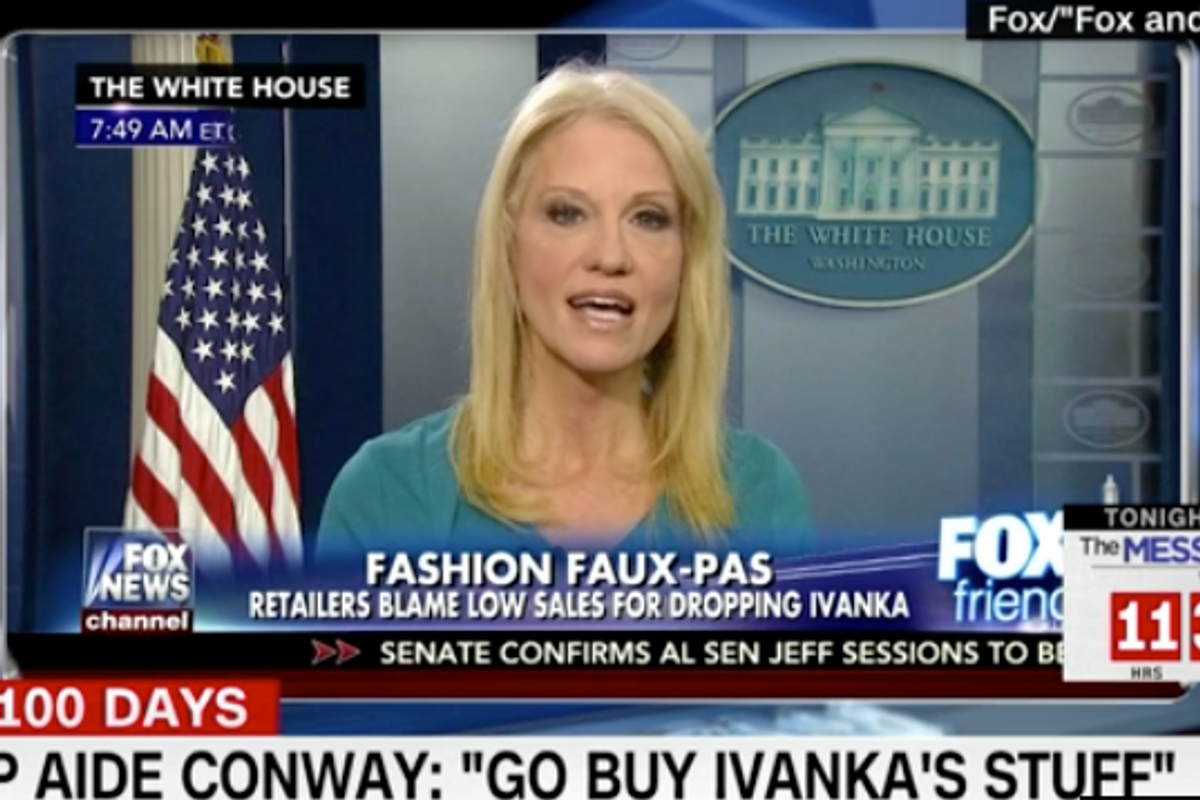 While it is beyond question that Kellyanne Conway has been a whole lot both prior to and during Trump's tenuous reign as leader of the free world, her not-so-subtle-not-so-ethical plug of Ivanka's clothing line actually worked. Well would you look at that.

After taking a severe hit post-inauguration with many major retailers dropping her collections, Ivanka's apparel business is reportedly did very well after Kellyanne Conway went on national television and told everyone to buy it. Fab!

Retailer Lyst recorded a 346% jump in sales for Ivanka's line from January to Februrary, previously performing as the sites 550th most popular brand then moving up to the 11th.

Conway's "free commercial" was considered an ethical violation given the federal rules explicitly prohibit "the endorsement of any product, service or enterprise, or for the private gain of friends, relatives or persons with whom the employee is affiliated in a nongovernmental capacity."

Why she admitted this given the controversy of Kellyanne's endorsement we'll never know, but Ivanka Trump brand president Abigail Klem said early February held "the best performing weeks in the history of the brand."

Lyst has said that after the boot as a result of the national coverage, Ivanka's sales are back in decline. I guess empowered, working women will have to find shaped fabric to put on their body literally anywhere else.