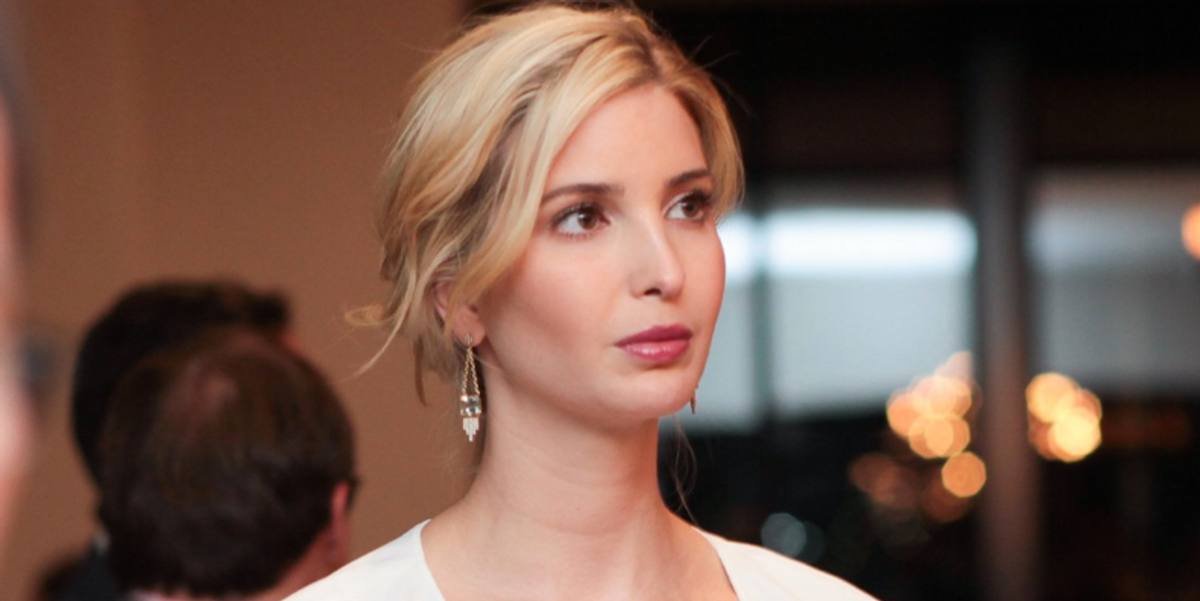 While Ivanka Trump's considerable lack of any kind of anything has made headlines and inspired parodies, it has now emerged the alleged women's rights defender secretly met with Planned Parenthood months ago only to do...apparently nothing.

Last week Mike Pence cast the deciding vote to defund Planned Parenthood and although the first daughter and now bonafide presidential advisor claims to be fighting the good fight on women's issues, that is yet to be seen. With reports revealing that Ivanka had gone so far as to meet with Cecile Richards to "seek common ground on the contentious issue of abortion" shortly after inauguration, to no avail, it's unclear where Ivanka'a allegiances lie.

While on the one hand the news affirms Ivanka's statements to Gayle King earlier this week which asserted she's doing all of the work we hoped she would behind closed doors, it also proves Ivanka's influence is either much less potent than we thought or the pro-female premise she helped Trump campaign on was a farce/never really part of her agenda.

"I would say not to conflate lack of public denouncement with silence," she told CBS yesterday. "I think there are multiple ways to have your voice heard… But I think most of the impact I have, over time most people will not actually know about."

If Ivanka has had any impact at all, it obviously hasn't been as the "force of good" she claimed to be. Only time, or Ivanka I suppose, will tell.