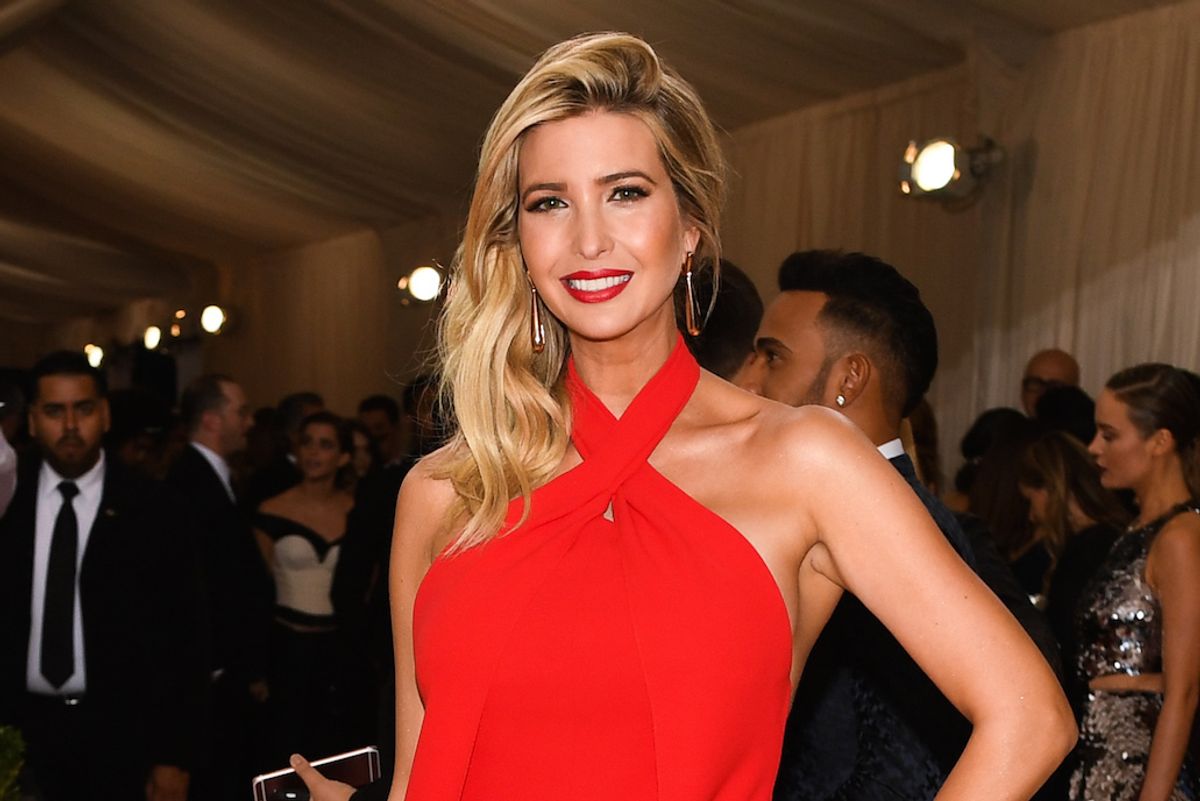 Because our nation has been turned upside on itself--the blood rushing faster and faster to all of our numbed-out brains--these are the news headlines we type now!

In this case, Melania Trump.

Hope Hicks, a spokesperson for the President-elect, told The Hill that not only is that untrue, the team has yet to determine an official role for Ivanka. This comes after a CNN report claimed Ivanka was moving into an office in the East Wing of the White House, which is typically reserved for the First spouse and their constituents (ew ew ew ew ew ew ew ew).

This is false. No decisions regarding Ivanka's involvement have been made.

It is confirmed that Ms. Trump and her husband, Jared Kusher (also closely advising President-elect Trump) are moving their family to the D.C. area, from New York.

As we've learned with Trump, and his ever-horrifying inferiors--including South Jersey's greatest sorrow, Kellyanne Conway--north means south, so who the fuck knows if this is truth.

I imagine Melania--who is probably spending these days standing absolutely still and silent inside a giant silver, glittery Christmas tree ornament ball, not blinking--is pretty chill with the rumored option.

What is she thinking? pic.twitter.com/rFufrgMb
— MELANIA TRUMP (@MELANIATRUMP) August 10, 2012