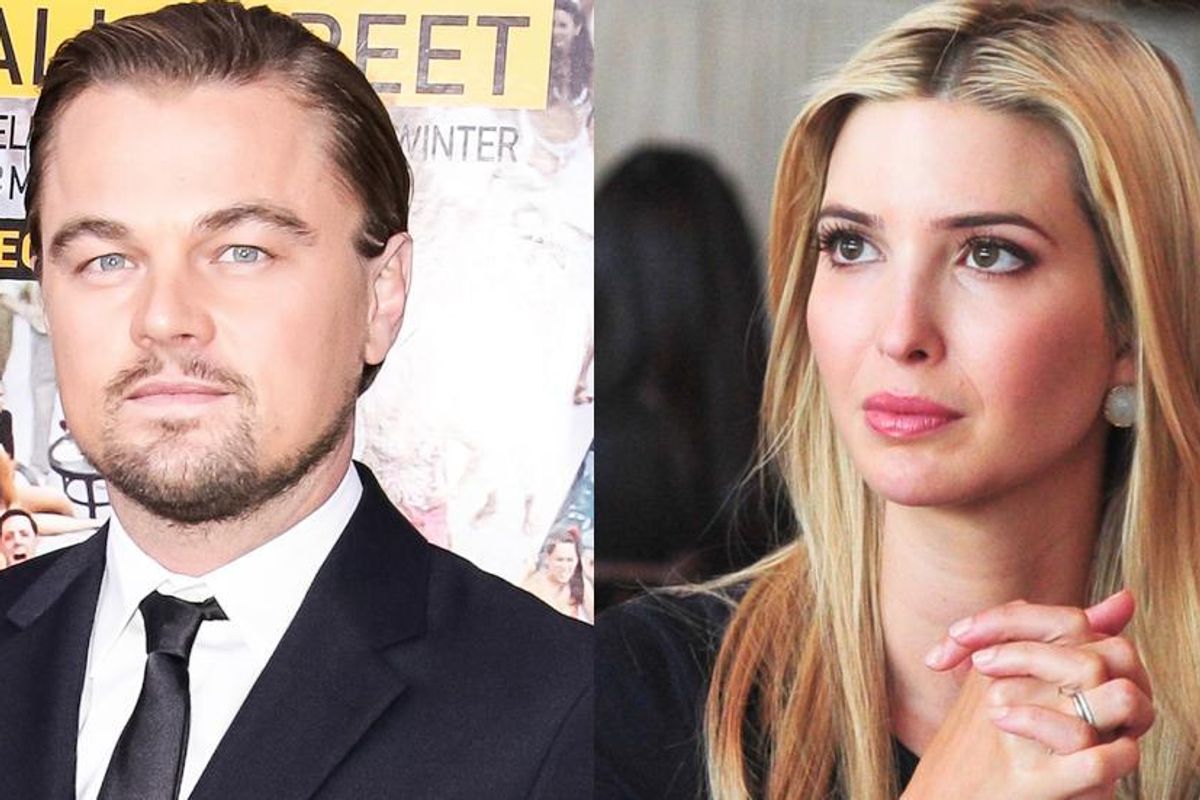 While we fret President-elect Trump's coming regime--including his appointing of staunch climate change denier Myron Ebell to lead his transition team for the United States Environmental Protection Agency--Oscar-winning actor and pussy posse purveyor, Leonardo DiCaprio, has come forth to quell our collective panic. Well, sort of!

As reported by The New York Times, Leo has reached out to the future First Daughter, Ivanka Trump, who many believe will be the tempering force in Trump's presidency (although maybe not at all?), to ensure she remains steadfast in her apparent vow to make combatting climate change her signature dish-ue.

By reaching out, I mean, he sent her a DVD of his new documentary Before the Flood, which explores the current and future devastating impact global warming is having on the various environments of our planet.

I guess if anyone can mansplain the apocalypse to Ivanka Trump, it's going to be Leo.