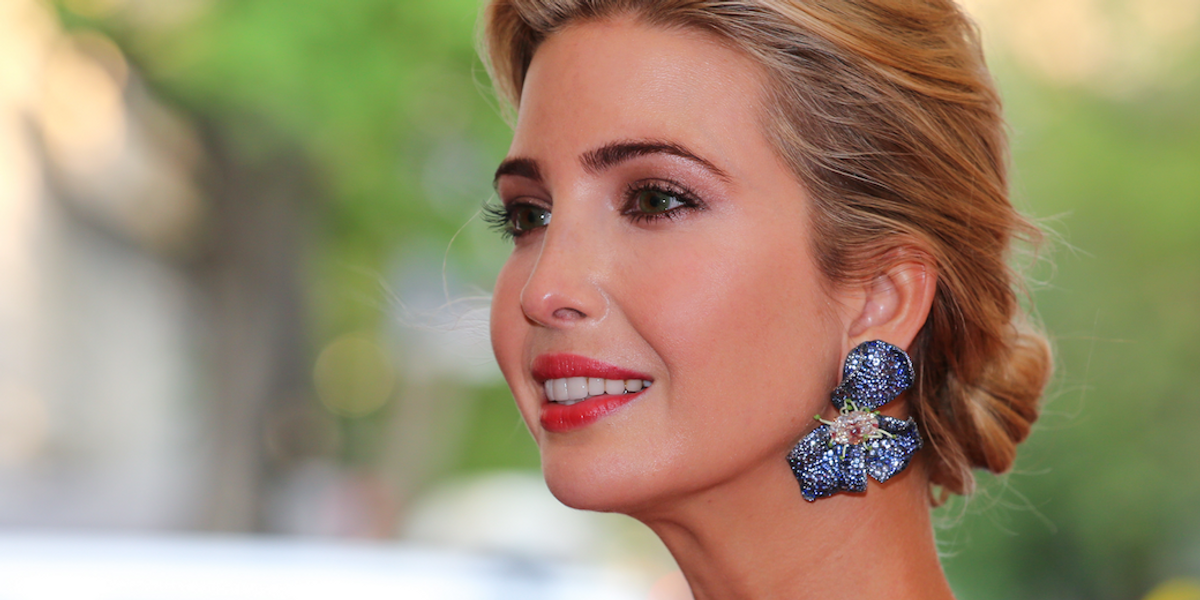 Ivanka Trump, woman-for-campaign-purposes and daughter of a poorly-executed pumpkin pie that was set on the window to cool and accidentally fell out, has several "fashion" lines that everyone seems to have collectively decided to no longer fuck with.

Trump's line for women-on-the-go has been on struggle street for quite some time now, so much so that Kellyanne Conway decided to give it an ethically dubious shout-out on live TV – essentially your new stepmom coming down to your school and throwing money at your principal to give you better grades.

Now, a California-based retailer is literally suing Ivanka's company for special treatment. The class-action law suit filed by Modern Appealing Clothing claims the fact that Ivanka uses her surname "Trump" in her branding gives an unfair advantage "from Donald J. Trump being the President of the United States and from Ivanka Trump and her husband, Jared, working for the President of the United States."

The suit references the boost in publicity Ivanka's line garnered after daddy Trump dragged Nordstrom for dropping her and of course, Kellyanne's contribution, which allegedly saw sales increase by 346 percent from January to February.

Modern Appealing Clothing are seeking undisclosed damages and a restraining order to prohibit Ivanka merchandise being sold in California.

"As a result of their unlawful acts, defendants have reaped and continued to reap unfair benefits," the suit reads,
"at the expense of MAC and the class it seeks to represent."

Live for the drama.