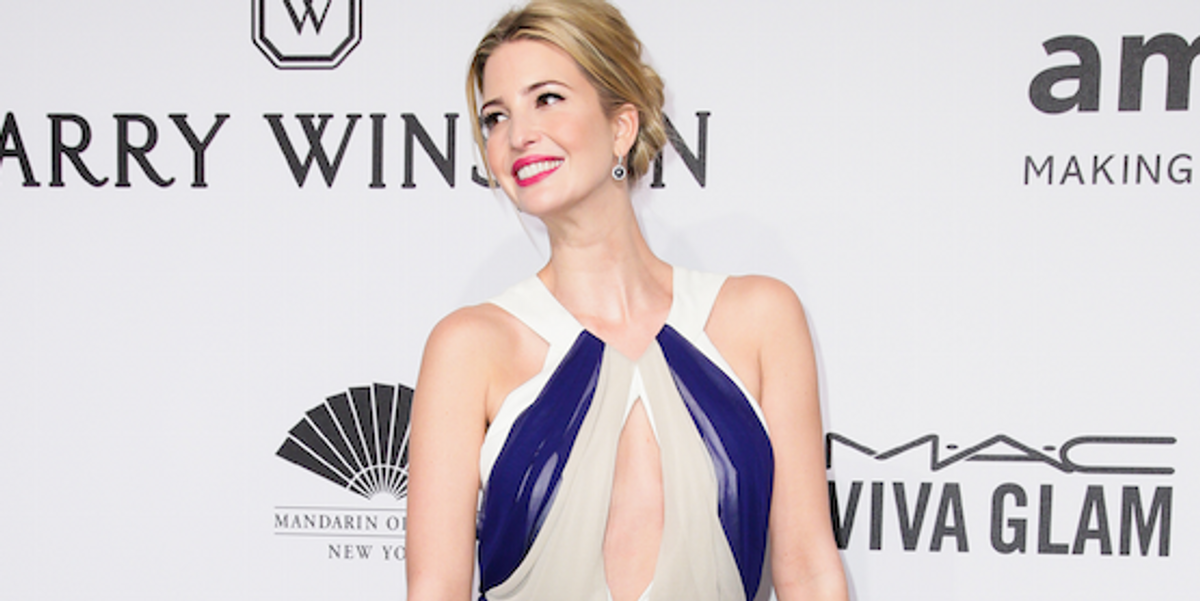 Remember when we actually believed seemingly normal person Ivanka Trump would turn around and save us all/talk daddy Don out of taking up the Oval Office? I know, another life. Now, it seems the master puppeteer has sashayed her way into some serious responsibility in the White House – so much in fact that our government has given her an office.

Ivanka will kick off her stiletto pumps in the West Wing of the White House, despite have no defined role in the administration. Trump released a statement about her new 'position' – which, again, is really not a position at all – clarifying that she will generously comply with "ethics" expected of other "employees." Meh, ethics are so last year.

"I will continue to offer my father my candid advice and counsel, as I have for my entire life. While there is no modern precedent for an adult child of the president, I will voluntarily follow all of the ethics rules placed on government employees."

Naturally, former government employees were not thrilled. Bernadette Meehan, who was the spokesperson for the National Security Council under President Obama, took to Twitter to voice with her frustration with this practical joke taken much too far.

I had a security clearance & West Wing office. @IvankaTrump diminishes the value of expertise & hard work it took me & others to get there. https://t.co/rRVzDfR53d
— Bernadette Meehan (@MeehanBM) March 20, 2017

Others, including Ted Cruz's former senior staffer Amanda Carpenter, spoke out against the lack of transparency surrounding Ivanka's role.

If taxpayers are giving Ivanka Trump office space we have every right to know what she's doing with it.
— Amanda Carpenter (@amandacarpenter) March 20, 2017

What's that I heard you whisper? Experience < nepotism? That's what I thought.