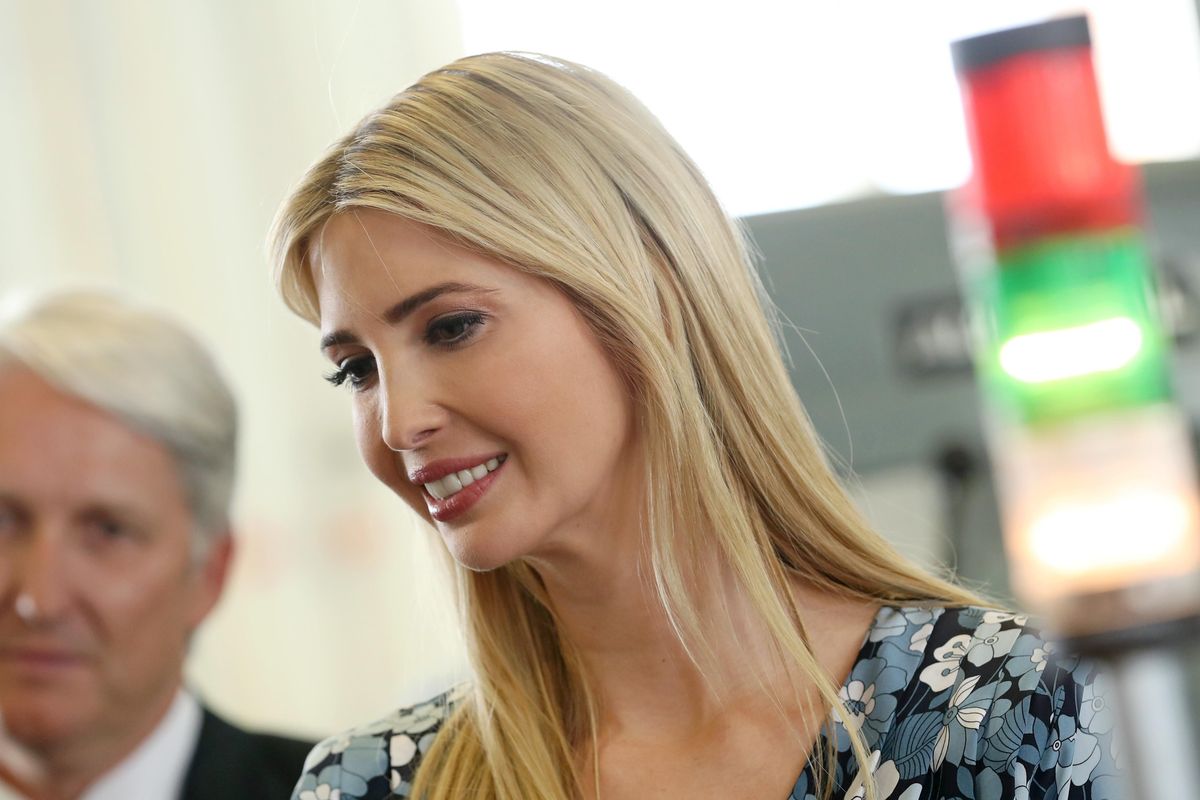 Ivanka Trump (or is it Adrienne Vittadini?) was invited to speak on a panel about women's entrepreneurship at the W20 Summit in Berlin and it didn't go so well. Sitting beside chancellor Angela Merkel and Christine Lagarde of the IMF, Ivanka handily curved questions about the details of her responsibilities as an Senior Advisor to the President and her dubious plans to "[empower] women in the workplace" and achieve "incremental positive change." Nobody could argue that her mouth wasn't moving, or that words weren't coming out, but as usual she provided little in the way of concrete answers. The crowd seemed content to sit in polite/German science, until Ivanka went ahead and tried it, calling her father "a tremendous champion of supporting families and enabling them to thrive." There were groans, moans and eyerolls from some members of the audience, which I can tell you is pretty much as close as you can get to a full blown outburst from my people.

The panel's moderator, Wirtschaftswoche editor Miriam Merkel, seized the moment, sayng "You hear the reaction from the audience. I need to address one more point. Some attitudes toward women your father has displayed might leave one questioning whether he's such an empowerer for women. How do you relate to that?"

"I've certainly heard the criticism from the media, and that's been perpetuated," Ivanka answered as the crowd laughed and lightly jeered. "But I know from personal experience, and I think the thousands of women who have worked with and for my father for decades when he was in the private sector are a testament to his belief and solid conviction in the potential of women, and their ability to do the job as well as any man."

I suppose that's not counting the 15 women who have worked with and for Trump that filed lawsuits against him for sexual assault and harassment.

Watch video of the incident, and taste a little of that delicious schadenfreude below...