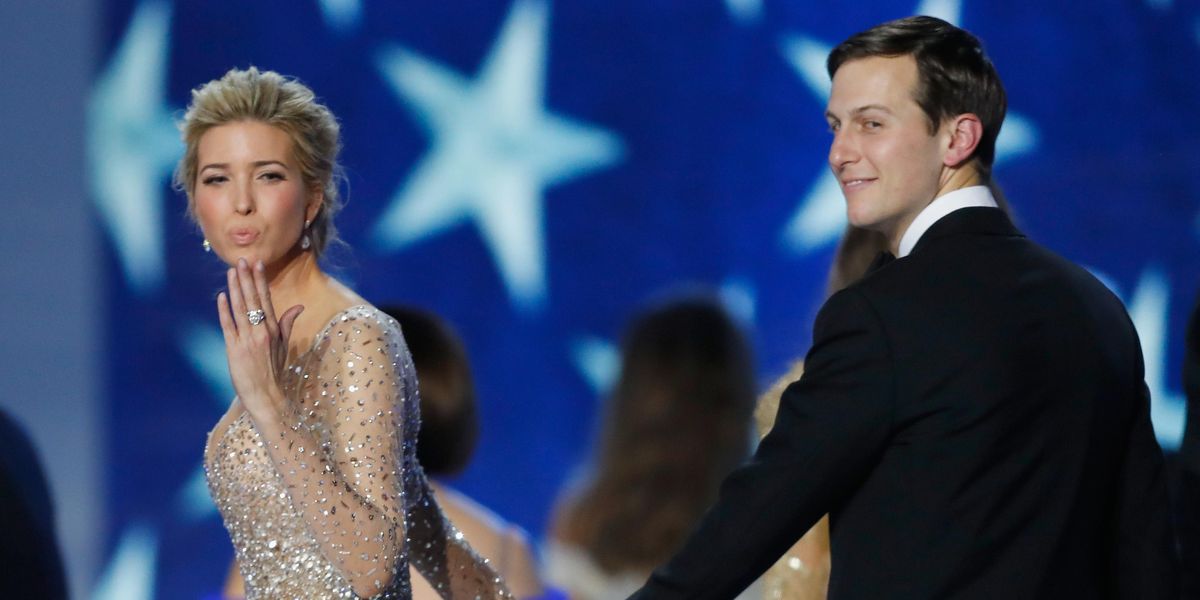 Ivanka Trump, first daughter of America, mid-range clothing and accessories saleswoman, and assistant to the President of the United States had what seems to have been a very productive meeting with the president of China.

AP reports that on the very same day Ivanka and her husband Jared Kushner had dinner with the Chinese president and his wife, her brand was granted three new trademarks to sell Ivanka-branded clothing, accessories and spa services in China.

Though like her father, Ivanka has made feeble attempts at pretending she would distance herself from the ethical minefield of mixing her business with politics, it increasingly seems that untangling the two is about as high on Ivanka's priority list as actually promoting women's rights.

But just because Ivanka is shady, doesn't mean she's not a good businesswoman; young women in China are reportedly obsessed with her aspirational brand of womanhood and are likely to buy her products in droves. Talk is cheap, and so are Trump handbags.