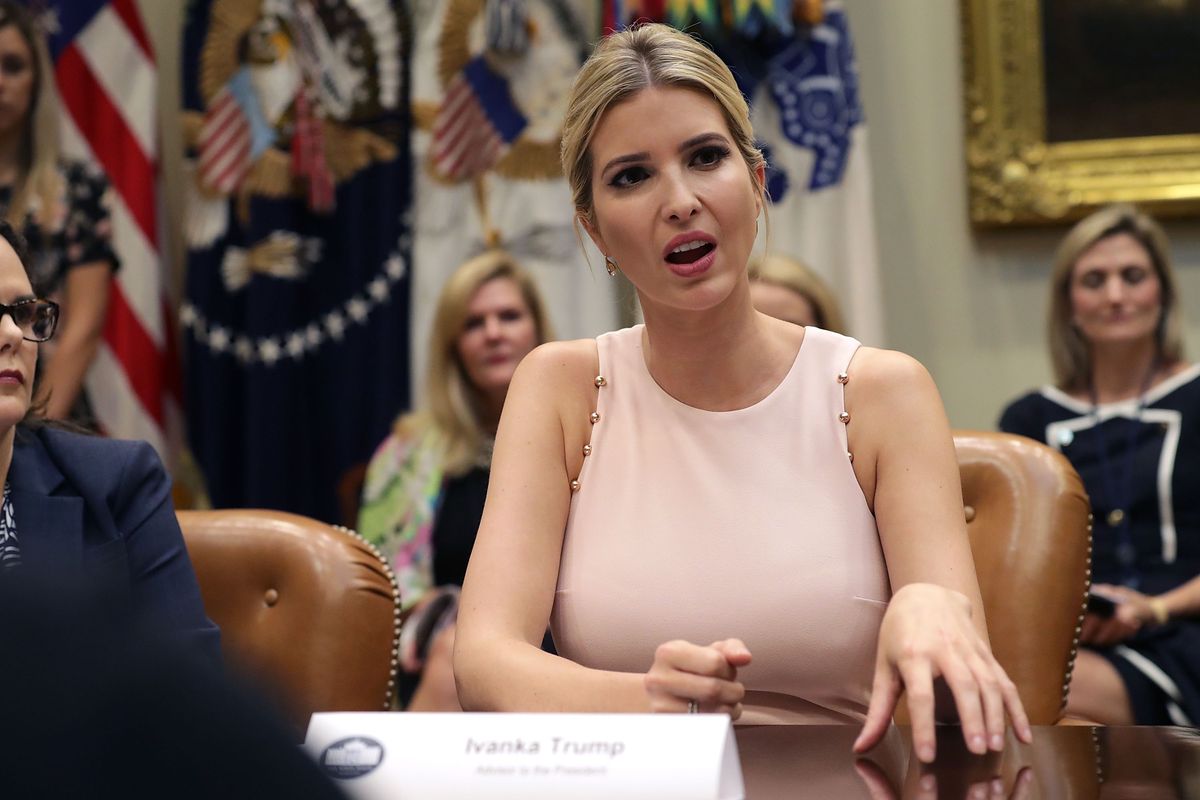 Yesterday, Ivanka Trump put her support behind her dad's decision to roll back Obama-era requirements for businesses to report how much they pay women and people of color. The rule was meant increase transparency and decrease discrimination in wages among employees based on gender and race. Ivanka, author of Women Who Work, has claimed to be a proponent of wage equality for some time. She released a statement yesterday attempting to explain her about face on the issue:

"Ultimately, while I believe the intention was good and agree that pay transparency is important, the proposed policy would not yield the intended results. We look forward to continuing to work with EEOC, OMB, Congress and all relevant stakeholders on robust policies aimed at eliminating the gender wage gap."

As the Washington Post reports, the Equal Employment Opportunity Commission (EEOC) has always required business to share data on the race and gender of their employees. The 2016 rule proposed by the Obama administration that Trump's White House has decided to roll back would have required businesses to include data on how their employees are paid.

Jenny Yang, chairwoman of the EEOC in 2016, said the rule was meant to reduce wage discrimination. “Having pay data in summary form will…help us identify patterns that may warrant further investigation," she said.

Others, including Neomi Rao, administrator of the Office of Information and Regulatory Affairs, argued the rule would require too much work for companies. “Among other things," Rao wrote, "[Office of Management and Budget (OMB)] is concerned that some aspects of the revised collection of information lack practical utility, are unnecessarily burdensome, and do not adequately address privacy and confidentiality issues."

Bureaucratic jargon aside, it's another move from Ivanka that makes us less than confident she cares at all about reducing discrimination.