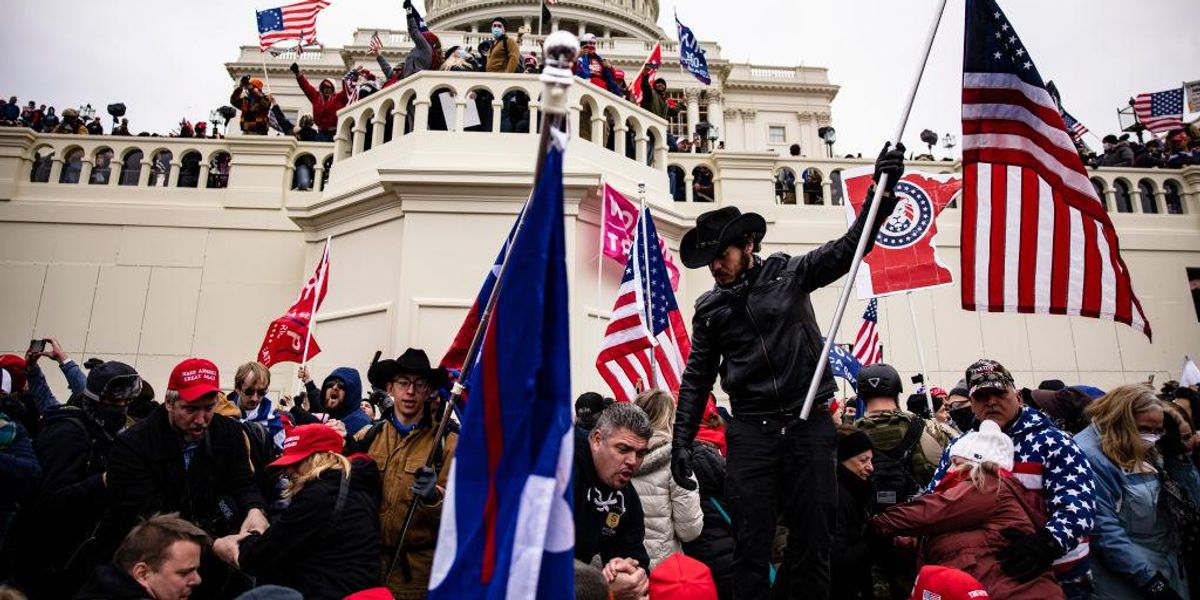 In a quickly-deleted tweet earlier this afternoon, Ivanka Trump labeled the violent mob of MAGA "protesters" currently storming the US Capitol in what looks a lot like an attempted coup... "American Patriots."

The President's daughter quickly deleted the bizarre take, but clarified in a follow-up that she thinks "peaceful protest is patriotic. Violence is unacceptable."

No. Peaceful protest is patriotic. Violence is unacceptable and must be condemned in the strongest terms. https://t.co/GwngZTqzTH
— Ivanka Trump (@Ivanka Trump)1609964989.0

Once considered a more moderate influence in the White House, at this point it's not surprising to hear this kind of alt right rhetoric from Ivanka, who has stood by her father's side as he falsely alleges election fraud after losing the presidency in November.

As truly shocking photographs and video footage make clear, Washington DC is currently under siege by what appears to be thousands of Trump supporters protesting the presidential election outcome. Despite what appears to be significant property damage, violence and looting on their part, these protesters have been met with very little of the brutal police crackdown familiar to Black Lives Matter supporters earlier this year, many of whom were injured in altercations with law enforcement and one particularly notorious tear gas incident that served as a Trump photo op.

While the President has also vaguely condemned today's violence via Twitter, several of his earlier tweets appear to encourage his supporters to protest the election result, which has undergone numerous recounts at this point and come out in favor of Biden every time.

Update: In a new video uploaded to Twitter, Trump has now asked the protesters to leave, meanwhile saying, “We love you, you’re very special.” Good, good.