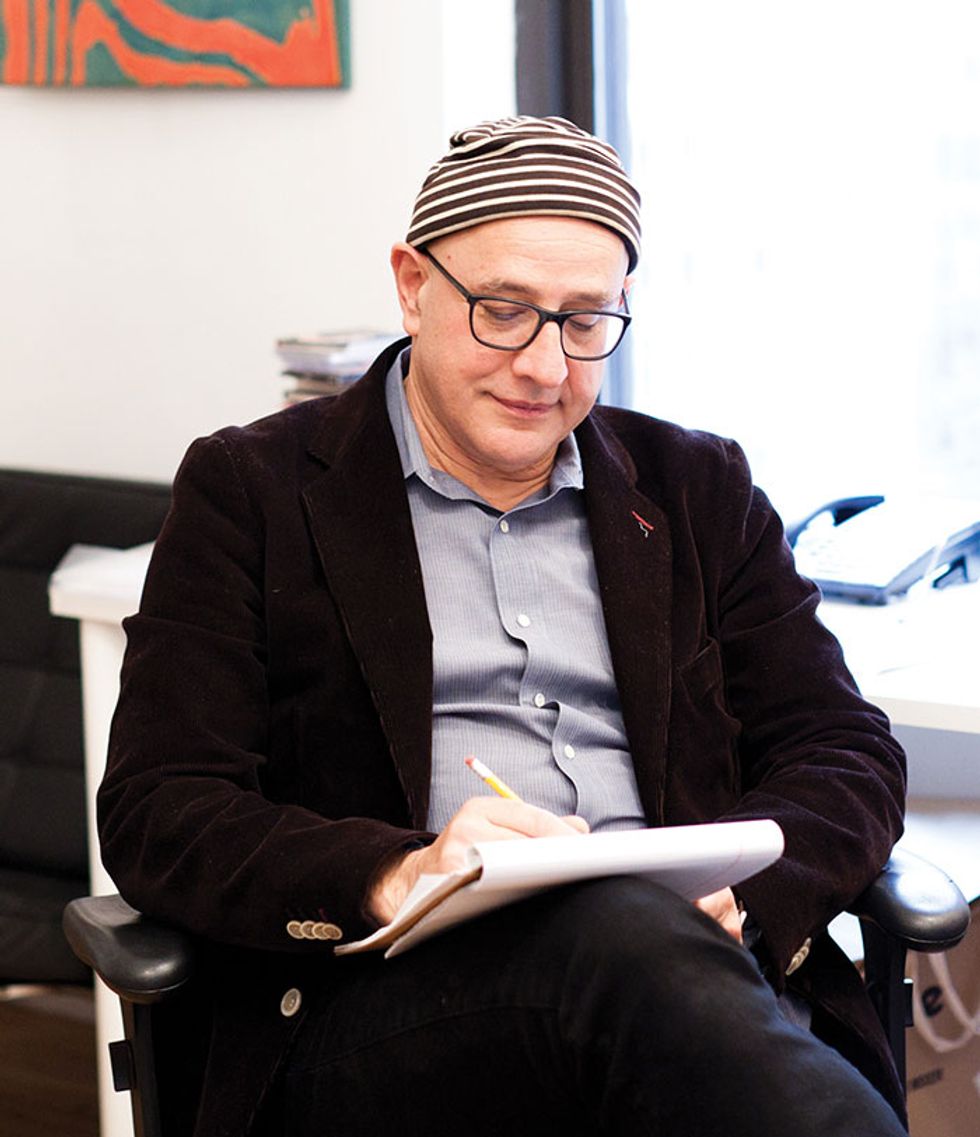 Recently Spike Lee went off on an epic rant about gentrification, shooting off a blitzkrieg of f-bombs in a speech he gave at Pratt Institute in honor of Black History Month. He touched on a series of familiar tropes to draw a picture of a minority under siege in his home borough of Brooklyn -- specifically Fort Greene, where he grew up.

Around PAPER HQ we're familiar with the effects of gentrification, having witnessed the transformation of downtown Manhattan from an affordable artists' haven to an outpost for the rich and upwardly mobile. The story of artists pioneering neighborhoods, only to be pushed out with the tide of rising real estate prices, is exemplified in the remarkable rebirth of Williamsburg, which has left artists leaching out to Bushwick and beyond, including Lee's beloved Fort Greene.

As an African American speaking during Black History Month, Lee has a different perspective. He's not so much worried about artists being displaced as he is the locals -- the inhabitants who fought to keep their neighborhoods vibrant during hard times, paying taxes on their properties, supporting local merchants and sending their kids to public schools -- being pushed out of their homes. The increased cost of living in neighborhoods like Fort Greene is forcing people to look for other options, leaving once-vibrant blocks rich with African-American street life now almost entirely white, with a few holdovers resisting million-dollar offers for homes originally bought decades earlier for around $60,000. The story is not new. Lee himself prefigured Brooklyn's gentrification in his 1989 movie Do the Right Thing with a character played by John Savage, a bicycle-toting white boy with a Larry Bird T-shirt, the lone non-African American on the block.

For me, Lee's arguments strike close to home, like when he talks about his father, a jazz musician and longtime Fort Greene resident whose new neighbors called the cops to complain about him playing his acoustic bass, or when he addresses the protests from new Harlem residents about the drummers in Marcus Garvey Park who have called the neighborhood home for decades. I had a similar experience a few years ago when new residents moved into my building on Tompkins Square Park in the East Village. For as long as anyone can remember, the sound of singing and conga drums has been an integral part of the summer weekend soundtrack, something residents at once love and hate. Sure it can be annoying, but it's an authentic and heartfelt expression of the hood's Hispanic community and, like Spike said, "You gotta have some respect,"  because they were there first. So when a notice appeared in the lobby of my building asking residents to organize against the drumming, I, like Lee, went off. What chutzpah! People move in and immediately want to change what's charming about the neighborhood in the first place?

Marcus Samuelsson, proprietor of the Red Rooster restaurant, expresses similar concerns about Harlem in a recent New York Times op-ed piece. He notes that the sense of hospitality that permeates communities like Harlem quickly disappears once the churn begins: neighbors move away; local businesses lose their regulars and the neighborhood its character. San Francisco is also under siege as the wealthy tech industry moves in, with activists assaulting Google-owned buses that transport employees from the city to their Googleplex in Mountain View each day.

The good news is that cities are starting to do something about these crises. "Cities Mobilize to Help Those Threatened by Gentrification," reads the headline of a New York Times article citing Boston, Philadelphia, Washington and Pittsburgh as cities working to "protect a group long deemed expendable -- working- and lower-middle-class homeowners threatened by gentrification." The initiative, which calls for freezing or reducing property taxes for such residents, is a small step, but hey, at least they recognize that there is a problem.

What makes this wave of gentrification so destructive is that, while at one time it took a decade or more for a neighborhood to reach a tipping point, the infiltration now happens much faster, accompanied by massive construction projects bringing hundreds and eventually thousands of new people into a neighborhood, upsetting its ecosystem.

Don't expect Manhattan to revert back to the grungy good old days when tourists were afraid of 42nd Street and below 14th Street was a no man's land of punks, artists and gays. But let's at least learn from our mistakes.