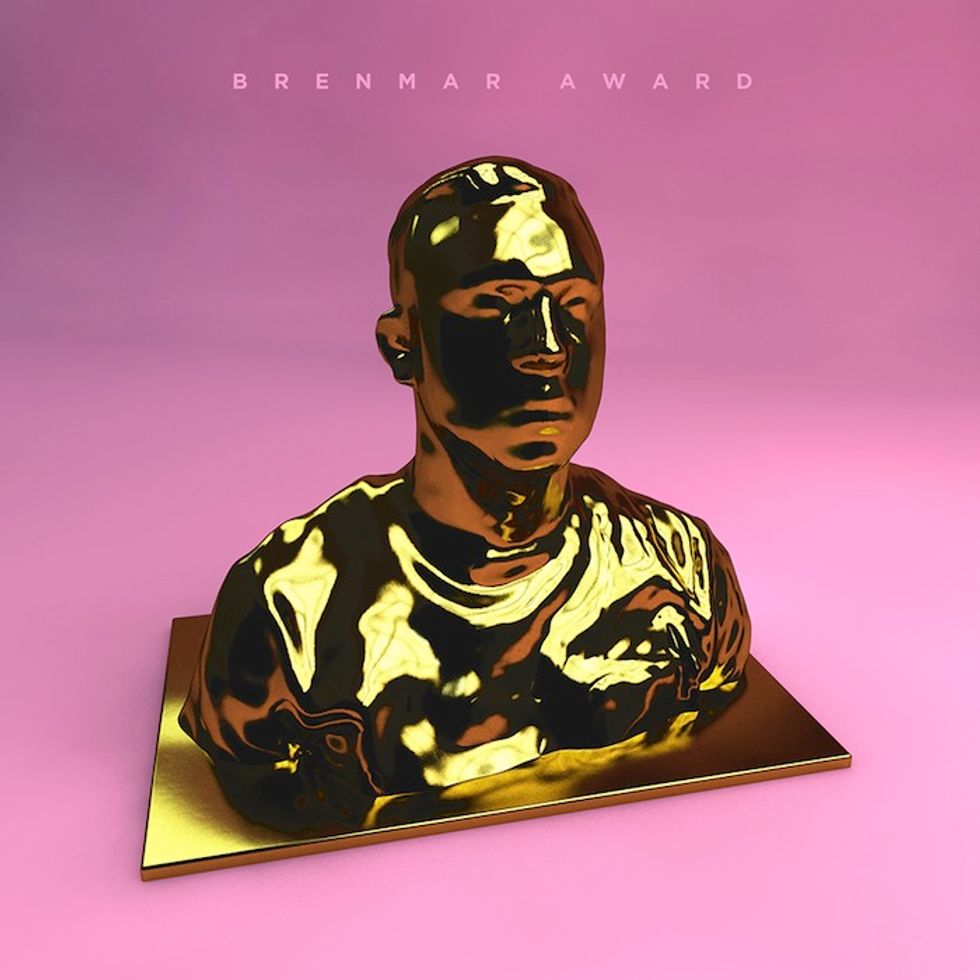 "It's Stripper Music": Brenmar On His New EP, Award

by Abby Schreiber
PAPERMAG
"How many different ways can we talk about 'booty'?" Brenmar muses over the phone. "There's only a handful of topics I think about when I'm writing a track and that's generally one of them." The New York-based producer has been a favorite of the city's varied party scenes, be they hip-hop, fashion or LGBT, and pretty soon his "shake your ass type shit" will start reaching a larger audience when his new EP, Award, comes out on January 20th via Fool's Gold.

We're excited to be premiering the title track, which features Jersey rapper Dougie F rhyming amidst drum machines, synth-y bass drops and ominous piano chords. "I heard [Dougie F's] 'Back Up On It' and thought it was dope and I did a recording session with him," Brenmar says of teaming up with the rapper. "It just clicked. He gets it. I like what I like and I know what i'm good at making and I didn't have to explain anything to him. That's the best case scenario for sure."

You can catch the DJ in NYC on 1/24 when he celebrates the release of his EP at 88 Palace in Chinatown. Get ready to shake your booty on a dim sum cart.