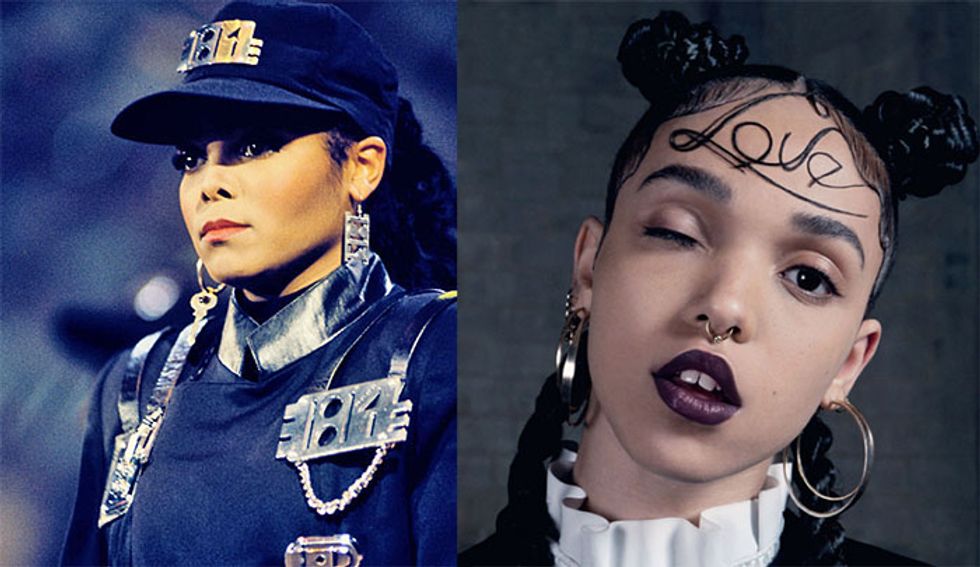 It's All For You, Video Girl: New Releases from FKA twigs and Janet Jackson On The Way

By Sandra Song
PAPERMAG
It's a good day for R&B, as there's officially new FKA twigs AND Janet Jackson slated for later this year.
In her Complex cover story, twigs announced that EP3 will be called Melissa, the personification of her female energy. Defining "Melissa" as a separate entity/alter ego that she honed and strengthened with the help of ballroom culture's vogue dancers, the album will be released sometime in the next two months, along with a video for "Figure 8."
Ms. Jackson's also been keeping busy, as she took to her website earlier today to announce that her upcoming album would be put out this fall through her very own BMG imprint, Rhythm Nation. Her first release in seven years, this new business endeavor will make her the first African-American woman artist with her own label -- and according to Entertainment Tonight, whispers abound that this album will also serve as a tribute to her late brother. Emoji hand claps all around.