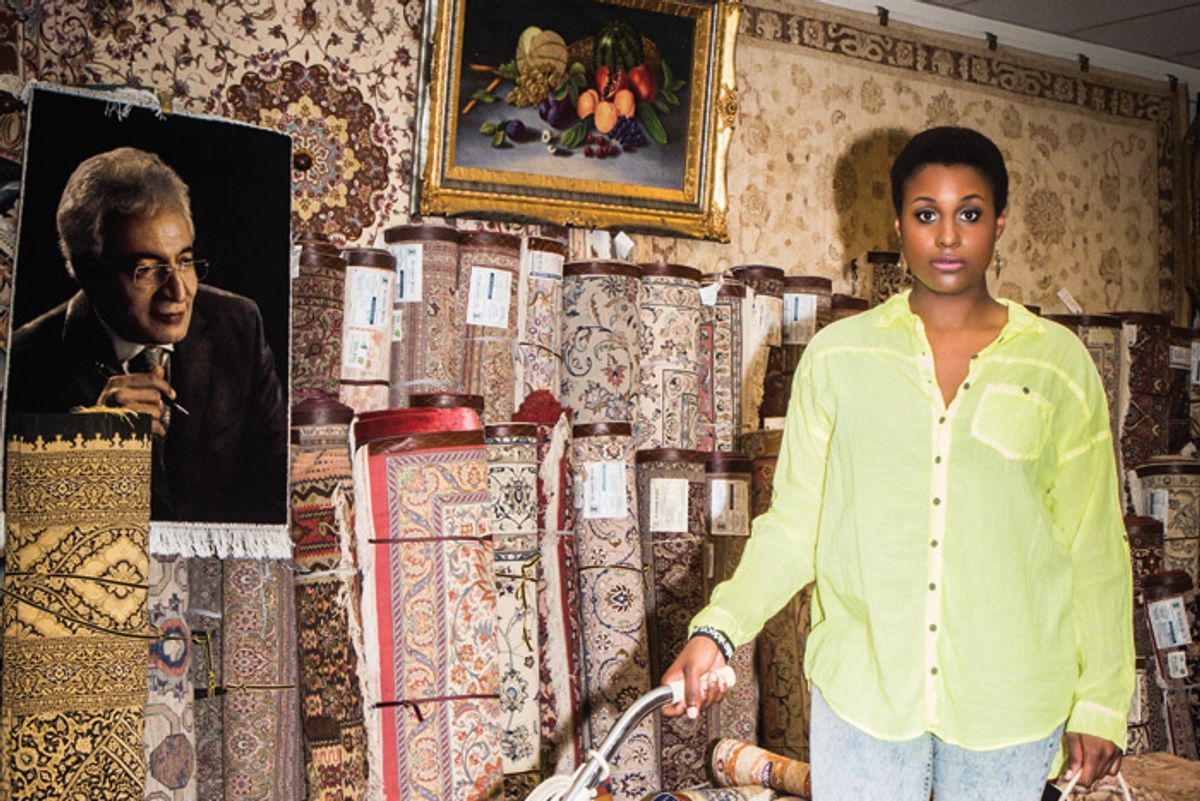 We all still want Idris Elba as Bond

If you're feeling bummed out by #OscarsSoWhite and the attendant foolishness from white celebrities, it's good to know that we can count on Twitter to get things right when Hollywood gets them wrong.

Paper's favorite Awkward Black Girl, Issa Rae, posed a challenge to her followers: reverse-whitewash a classic film or TV role by dream casting your favorite actor of color. The responses were swift, numerous, and occasionally brilliant.

Let's fantasy reverse whitewashing. Pick a film or TV role never held by a person of color and reimagine it with an actor who is a POC.
— Awkward Black Girl (@awkwardblkgrl) January 29, 2016

Some of the participants fantasized about alternate versions of classics.

.@awkwardblkgrl Loved this as a kid: Charlie & the Chocolate Factory. Can I genderswap too? Wonka: Leslie Jones; Charlie: Quvenzhané Wallis
— Laura the Laurakeet (@laurakeet) January 29, 2016

@awkwardblkgrl Prince in the place of David Bowie in Labyrinth.
— Shakira (@Shakira_Spearz) January 29, 2016

Others took the chance to throw some shade at notoriously homogenous works.

@awkwardblkgrl Seinfeld, with whoever...that might make me finally want to watch it
— Colored Francie (@ColoredFrancie) January 29, 2016

The most exciting ones, though, offered spot-on suggestions for potential continuing series or reboots.

@awkwardblkgrl I'd love to see Viola Davis OR Gina Torres OR Sophie Onkinedo as The Doctor.
— Mallory Griffin (@mallorycgriffin) January 29, 2016

@awkwardblkgrl The great @emilynussbaum once suggested "Quantum Leap" reboot with a female POC as the lead, which I thought was brilliant.
— HFDSP (@HFDSP) January 29, 2016

Listen up, Hollywood: the rest of the world is ready for real diversity onscreen. It's time to catch up.