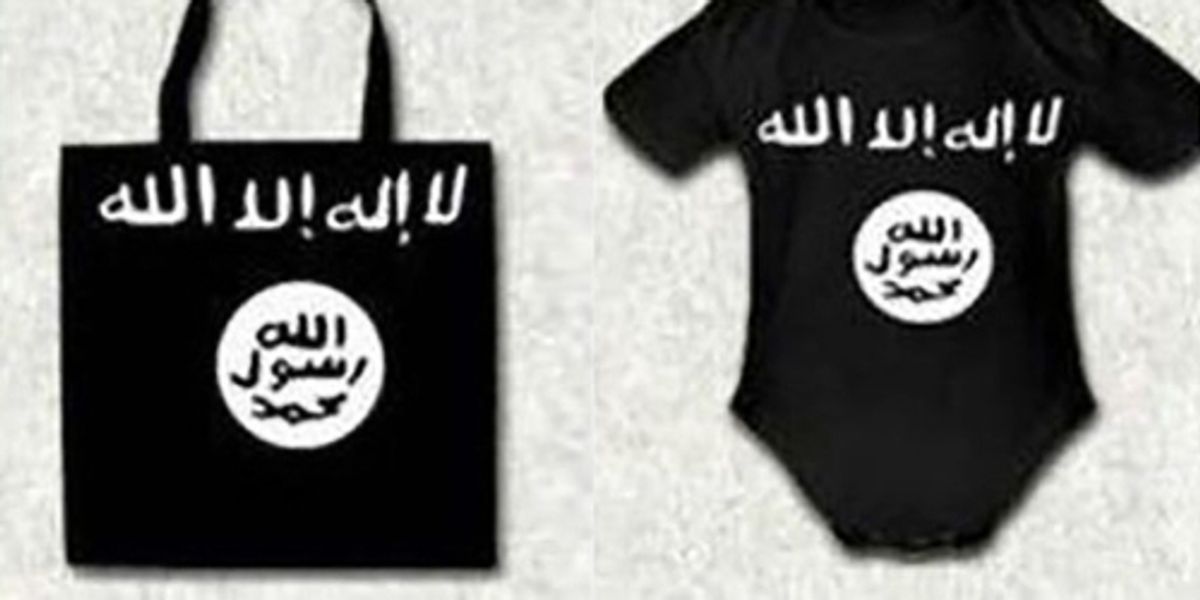 ISIS Merch, Including Strappy-Tanks and Totes, Is A Growing Trend

Today, Business of Fashion released a deep-dive profile into the world of ISIS merchandise, which has become something of a thing in the Middle East, and Indonesia.

While the "merch store" has no centralized body, isolated "pop-up" shops online have sprouted up and disappeared over the past two years.

Researchers have also seen a rise in ISIS merch in Turkey and Lebanon -- where many Syrian-bound ISIS fighters pass through.

According to BoF, the material is fairly cheap, with T-shirts selling between $5 and $10, with hoodies between $25-$30.

"When we started doing this in 2013, ISIS wasn't a terrorist group yet. So we were supporting the insurgency. We had all this jihadi stuff, not beheadings, but we had these quotes from people affiliated with jihadi ideology. We had shirt designs and stuff like that."

Researchers fear that because of how quickly and densely ISIS has spread across the world, wearing Jihad-sympathetic clothing is far-more "ideological" and intending to mean action, rather than ironic "fad" wear.

Experts do note, however, that impressionable, young adolescents drawn to the sense of belonging ISIS promotes could be attracted to it.

Islamic extremism is by no means the first to have branded itself--The Klu Klux Klan, and other murderous white supremacist groups, as well as the IRA, have minted themselves in clothing.

While ISIS-promoting clothing is definitely cause for concern, Abdullah reminded BoF that true ISIS fighters in Iraq and Syria wouldn't need to wear T-shirts with their cause on it; their grip over the regions speaks for itself.