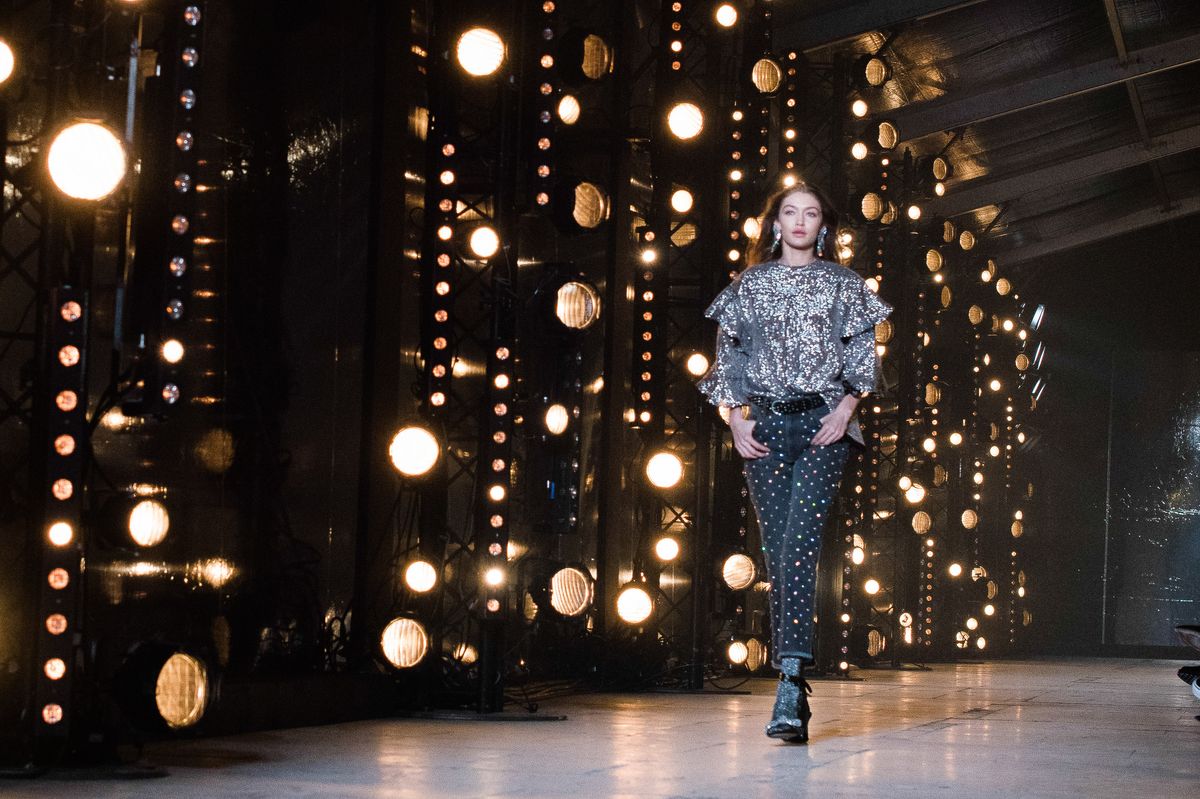 As the lines between gender start to blur and deteriorate completely, the fashion world is taking note — designers are starting to show menswear and womenswear at the same time, while others are creating just one for the first time. Some rising brands are even combining ranges altogether, a nice move toward a more progressive fashion world. Now, Isabel Marant is joining the charge by creating a menswear range for the first time, which will be shown tonight during her Spring 2018 show in Paris.

The designer's decision to finally expand her brand into menswear comes after numerous requests from her male fans and confidants, who often buy women's pieces in bigger sizes. "It's very on for girls to borrow their boyfriends' clothes, but actually my husband is borrowing my clothes," the designer said to Vogue. "So I just wanted to show the reverse point of view: saying that men could also borrow womenswear."

The men's line will (literally) be cut from the same cloth as her women's pieces, but restructured to fit male features, and will embody the same chic and luxe French spirit that Marant has become known for. Expect a lot of knitwear, tees, and trousers. "Sometimes you have sweaters where the neckline doesn't really work for men, or the shoulders," Marant said. "I was thinking it was a bit stupid not to do it, because in the end it's quite easy and natural for me."

Our first glimpse at her mens line will come tonight as she shows her SS18 collection during Paris Fashion Week.