Since the early 1990s when Isabel Marant founded her line, the designer behind the brand has been pumping out classic cool girl staples that have a lasting impact on women's closets the world over — season after season. For fall 2019, Marant took her classic bohemian spirit and mixed it with strong silhouettes and a definitive '80s vibe. Here's everything else you need to know about the collection. 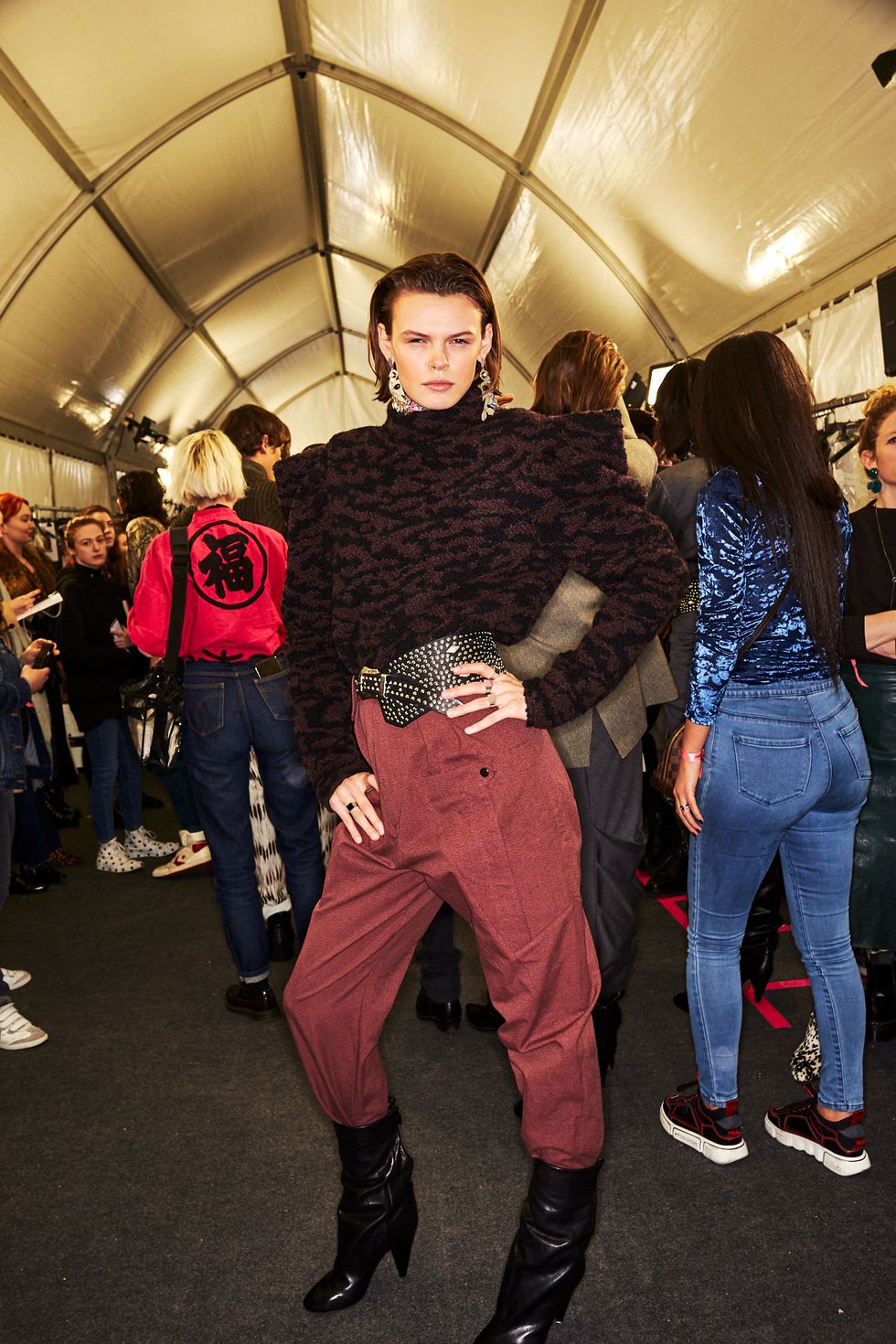 Following the trend of structural shoulders (seen at Saint Laurent in particular), Marant focused on high and architectural shoulders on vests, outerwear and the more unexpected sweaters. She did this by adding in lots of volume and a few subtle ruffles here and there. 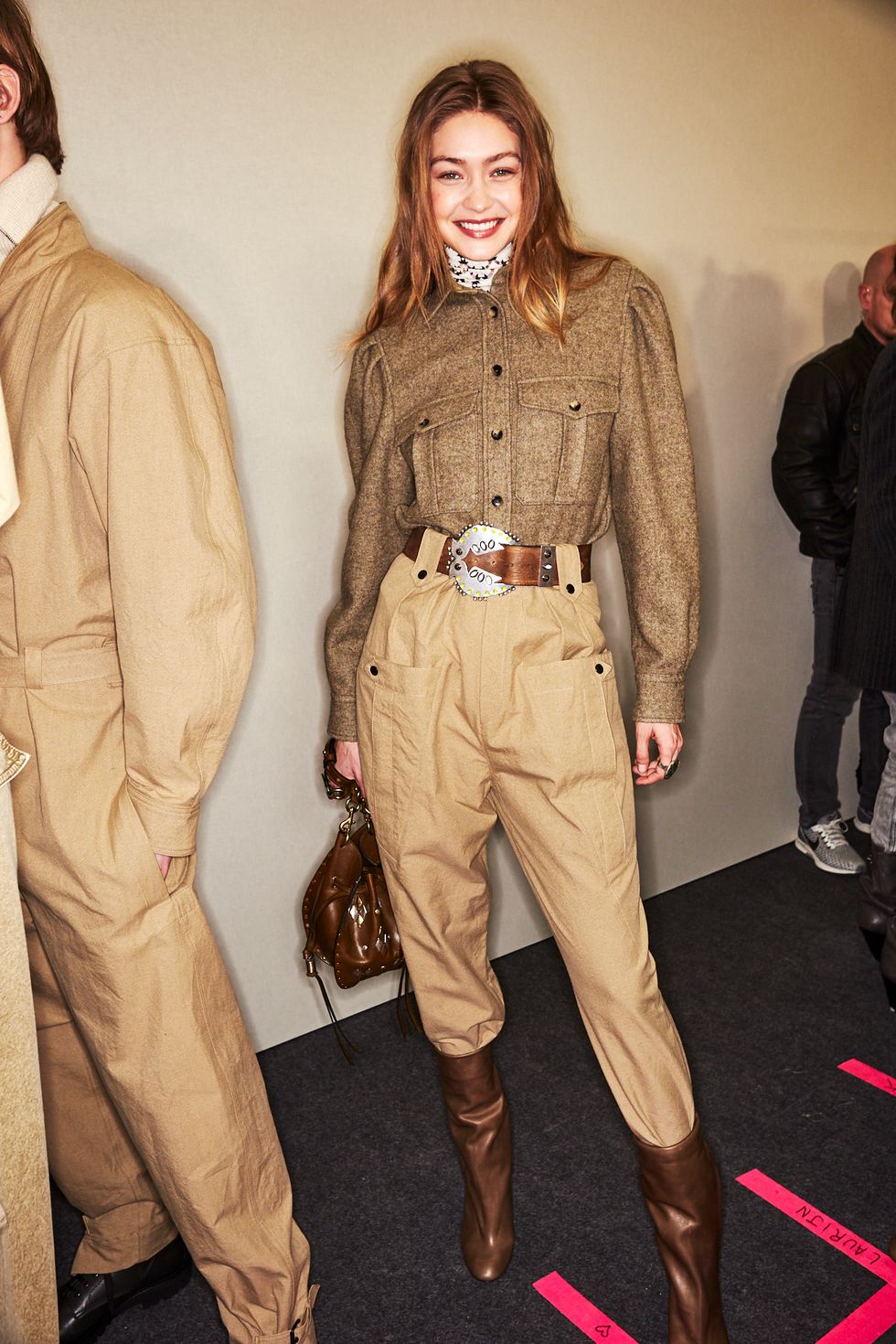 There was a definite safari inspiration in the khaki shirting and jumpsuits. The ikat pants for all genders also recalled glam safari style.

Return of the Slouchy Boot 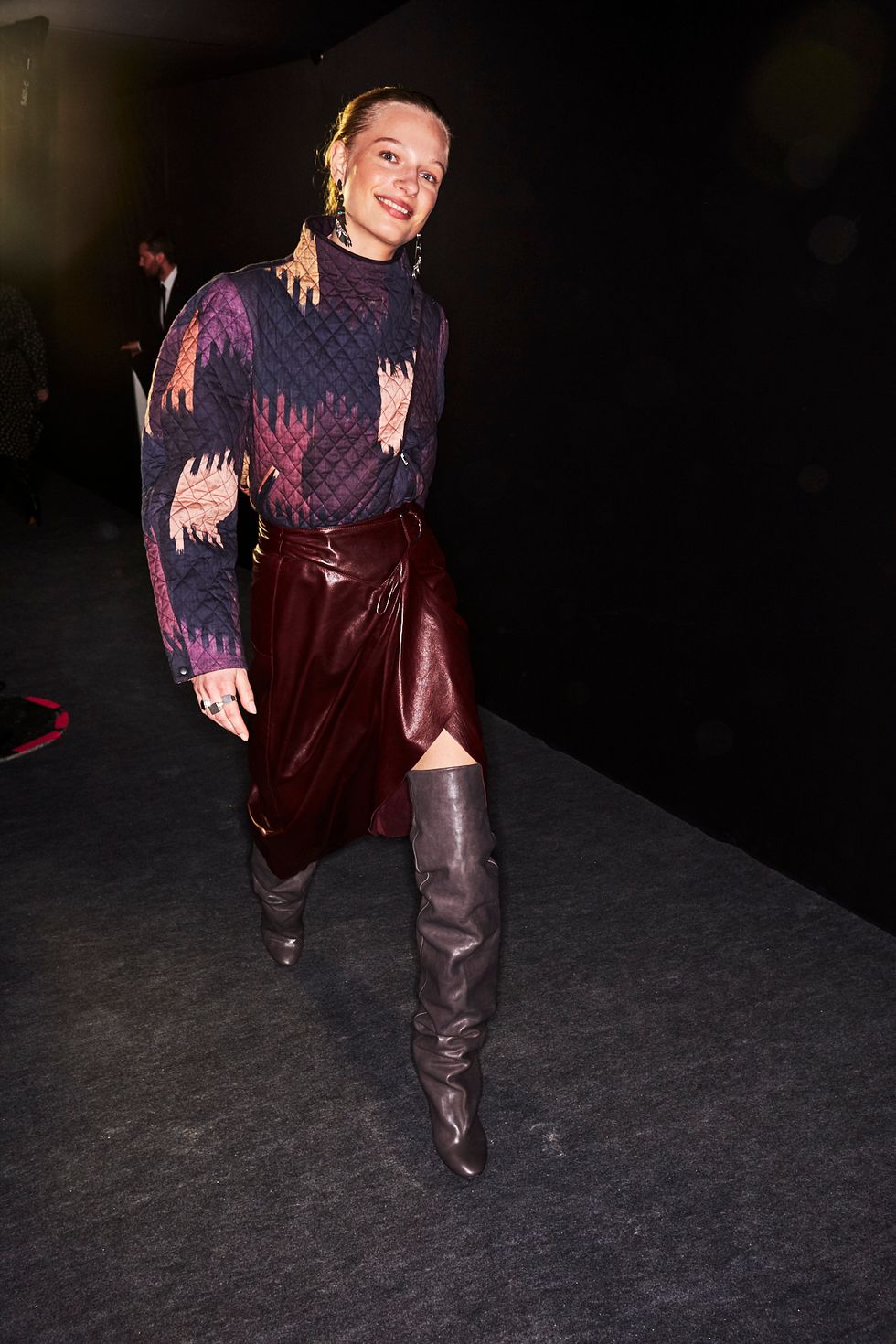 Fans of Marant know the designer has a knack for creating covetable footwear and this season was no exception. Many of the models wore knee-high black leather boots that were super slouchy and felt intrinsically '80s in their execution.

Put a Belt on It 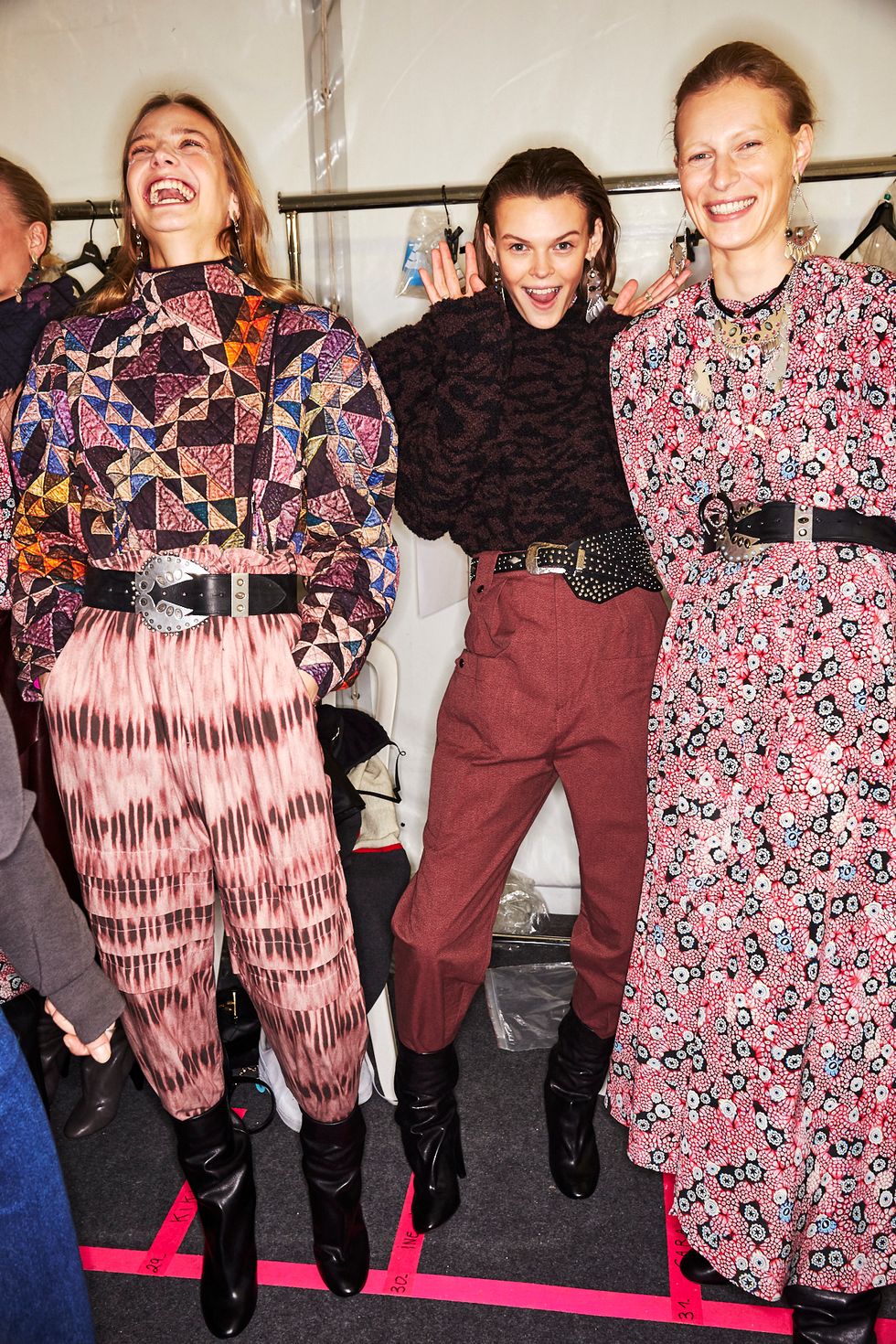 Belts: another major trend of fall 2019. For this collection, belts in brown and black leather, lots with ornate silver hardware that resembled modern western wear, were paired with pants, over ruched jersey dresses and shorts. 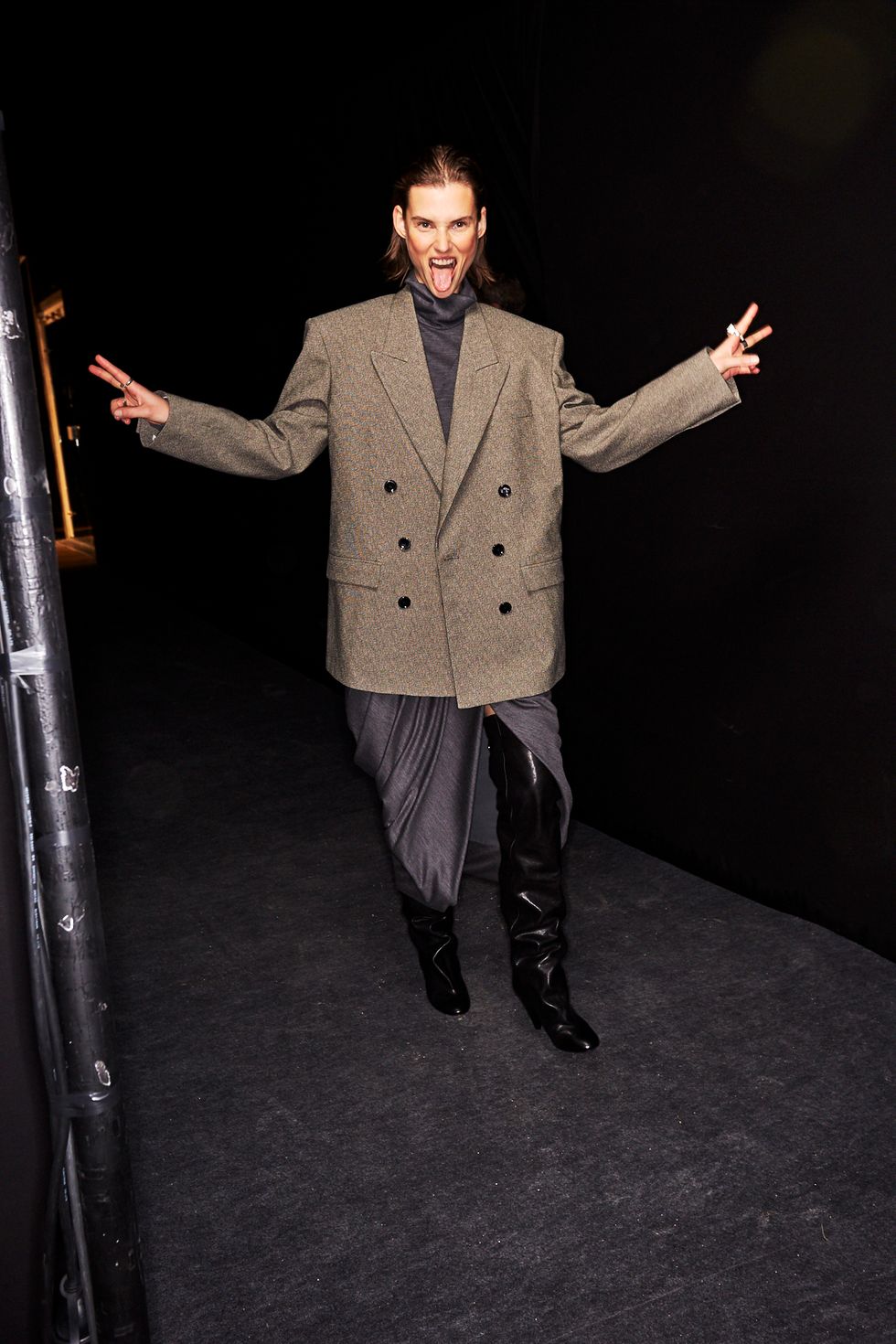 Is gray the neutral color of the moment? At Dries Van Noten, the designer included the color way more than almost any other hue. Towards the end of Marant's show, she too showed a range of chic, bohemian spirited garments in the color.