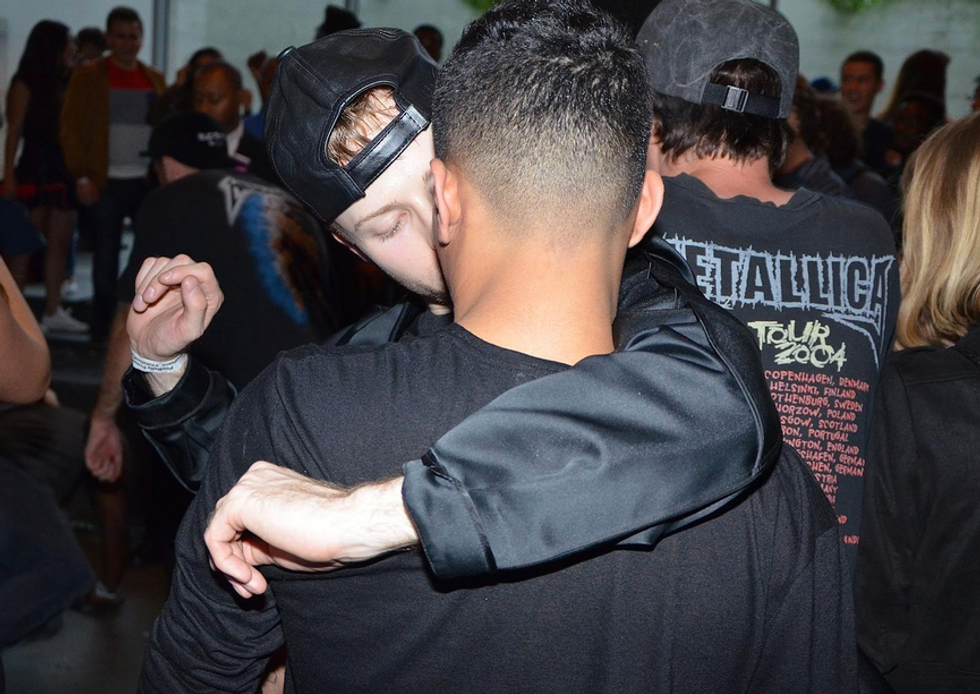 Is This You? Read This Missed Connection From the MoMA

by Paper
PAPERMAG
(Photo by Andrew Tess)
Last week, we ran photos from Yoko Ono's sunrise performance, MORNING PEACE 2015, at the MoMA. More like a (very) very early morning concert than art show, the event featured live performances by Ono and Blood Orange and a DJ set by Virgil Abloh. The cute, colorfully-dressed crowd got rowdy, with people crowd-surfing, dancing and, in the case of two young guys, kissing.

Shortly after, we got an email from one of the fellas who had found the photo on our site and said that he despaired of ever seeing his would-be MoMA mate again. (Like so many nights -- or mornings -- it appears that when the party was over, the two parted ways without exchanging phone numbers...or even Instagram handles.) He asked if we'd run a 'Missed Connections' ad on our site and how we could say no? Below, a note from 'Anonymous Cinderella Boy' seeking his missing babe:

The morning was hazy, but your kiss was unforgettable.

We met during Yoko Ono's Morning Peace. You tapped my shoulder. And then all I can remember next is magically being in each other's arms. That's the important part after all, right?

As daylight emerged, we danced and made out like we were the only two in the room. I don't recall a single word being exchanged. No names, no phone numbers, nothing; simply a mutual gaze and touch of desire.

I stepped away for a moment, and the next you were gone. As light filled MoMA, I ran around looking for you, but to no avail.

I'm hoping you see this so we can reconnect, and pick up where we left off that perfect early morning.

If you're the guy in question, please email abbys@papermag.com who will forward all responses to A.C.B.
You May Also Like
Fashion