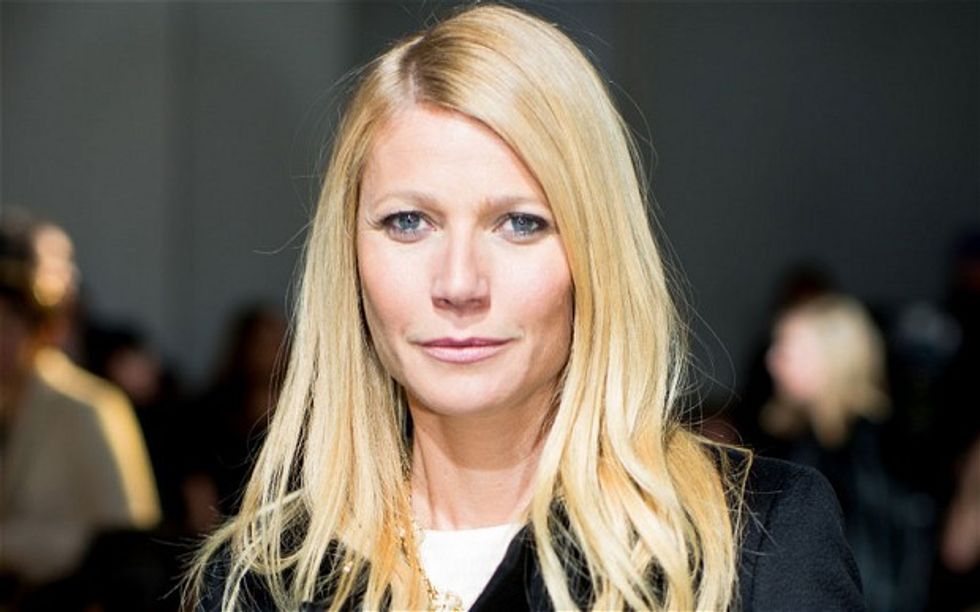 Is This the Most Menacing Photo GOOP Has Ever Posted?

by Carey O'Donnell
PAPERMAG
Yesterday, Gwyneth Paltrow took some time away from running her hands up and down the cold granite top of her kitchen island, to post this photo to the Instagram of her lifestyle company, GOOP.


OK, so a frightened intern probably posted it, and the photo itself was regramed from a rustic photographer/dedicated Gooper named Natalie Linch Chitwood, but the photo is Gwyn, through and through.

"We want to see how you #goopgetaway," the photo says.

The tent seems adrift; a wave of blood orange about to crash over it.

"So far away," Gwyneth probably said, smiling at the photo. "I love it."

This is EXACTLY where Gwyneth would take herself...or her children in the event of..something. This exact teepee, in these exact woods, with that exact blanched autumn sky.

What would cause Gwynnie to want to flee though? What kind of catastrophe would drive GP to a #goopgetaway, here in this place of desolation.


Here are 5 (imagined) emergencies that would call for a #goopgetaway to this same tent.

5. Exiling herself after upsetting water.
In one GOOP post, Gwyneth referenced the experiments of Dr. Masuru Emoto, who claims that water literally has feelings. "In his experiments, Emoto poured pure water into vials labeled with negative phrases like 'I hate you' or 'fear'. After 24 hours, the water was frozen, and no longer crystallised under the microscope: It yielded grey, misshapen clumps instead of beautiful lace-like crystals. In contrast, Emoto placed labels that said things like 'I Love You', or 'Peace' on vials of polluted water, and after 24 hours, they produced gleaming, perfectly hexagonal crystals."
Naturally, if Gwyneth discovered she had upset the water she'd imported to her home(s), she could use this teepee as a place of exile, punishment

"There is such thing as a wrong way to treat water," Gwyneth would write on a potential pre-exile GOOP post. "Now I must sit with myself as a means of amends."

4. Vaginal steaming retreat.
Earlier this year, GOOP urged its female followers to get their vaginas steamed. Gwyneth took to the site to praise the earthy-sounding treatment, stating that "It is an energetic release -- not just a steam douche -- that balances female hormone levels."

Many places, including Women's Health, discredited this as 1%-er nonsense, but also detrimental to a woman's physical well-being. That's not going to stop Gwyneth! Even if it means retreating to the wilderness to a small, insulated teepee she's going to fucking do this. Gynos, be damned!

3. Family fun foraging for food.
Gwyneth has stated that her one wish is for her children to be in the sun every day, swimming, and "picking vegetables," like avocados. One fun #goopgetaway would be to send her kids on an "Outward Bound" type retreat. Basically, they're woken in the middle of the night, driven to this undisclosed teepee location, where they must work together to forage for food and water. The goal? Survive in a very artisanal way.

"When you don't know what to do, just dig," Gwyneth tells them in a typed guide the children find taped to the side of the teepee.

2. Transcending human consciousness.
At a tech conference in 2014, Gwyneth spoke about the Internet, glibly relating the criticism she reads about herself to being in war. "It's almost like how, in war, you go through this bloody, dehumanizing thing," she said. She then added, "My hope is, as we get out of it, we'll reach the next level of consciousness."

Gwyn can start with this teepee. Meditating, steaming, writing, chanting inside until she reaches this new plane of self.
"The point is to feel as empty as a freshly made mason jar, still warm from the open flame," Gwyneth scrawls in her journal at dawn.
1. Gwyneth's mother, Blythe Danner, wearing a huge, floppy sun hat and faintly singing "One a penny, two a penny..." to herself while holding a brown grocery bag filled to the brim with potatoes.
Reasonable!