Is the Pope a Fashionista? 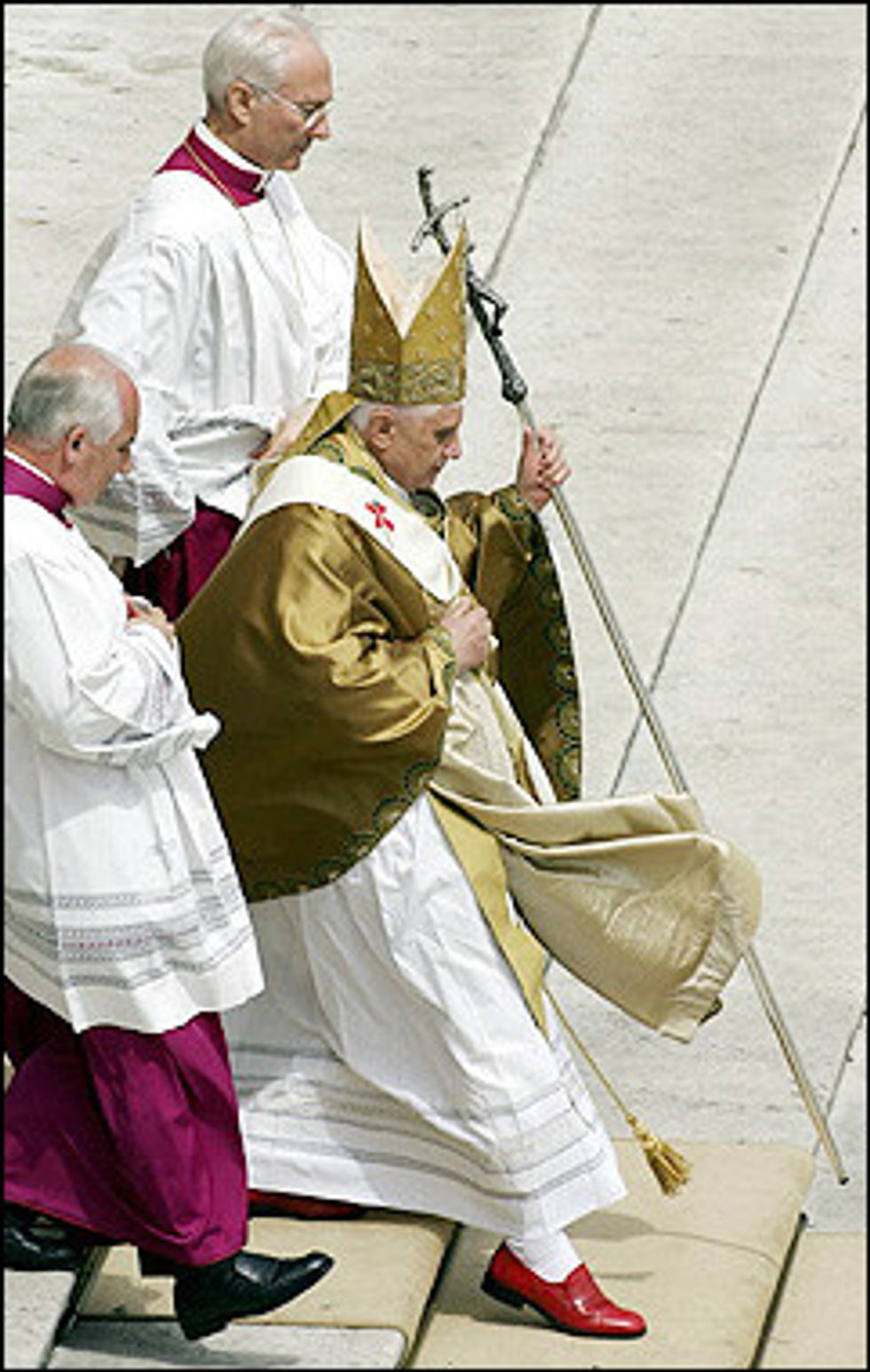 Is the pope Italian? No, Pope Benedict XVI is German, but that hasn't stopped him from overturning more than 150 years of tradition. This papal controversy revolves around hem lines, red shoes and designer sunglasses. It all began when the pope appeared for his debut blessing back in April wearing a cossack that hovered aboved the ankles where everyone could see his lipstick red Prada shoes. He is also reported to favor Gucci sunglasses. The ultra conservative pope has traditionalists' heads spinning with his decision to drop the Gammarellis, papal tailors since 1846, in favor of Allesandro Cattaneo. The Gammarelli's, it has been reported, are preparing legal papers in a final bid to save the contract.

via NY Post
If you're wondering why the pope wears red shoes, go here
photo from open book