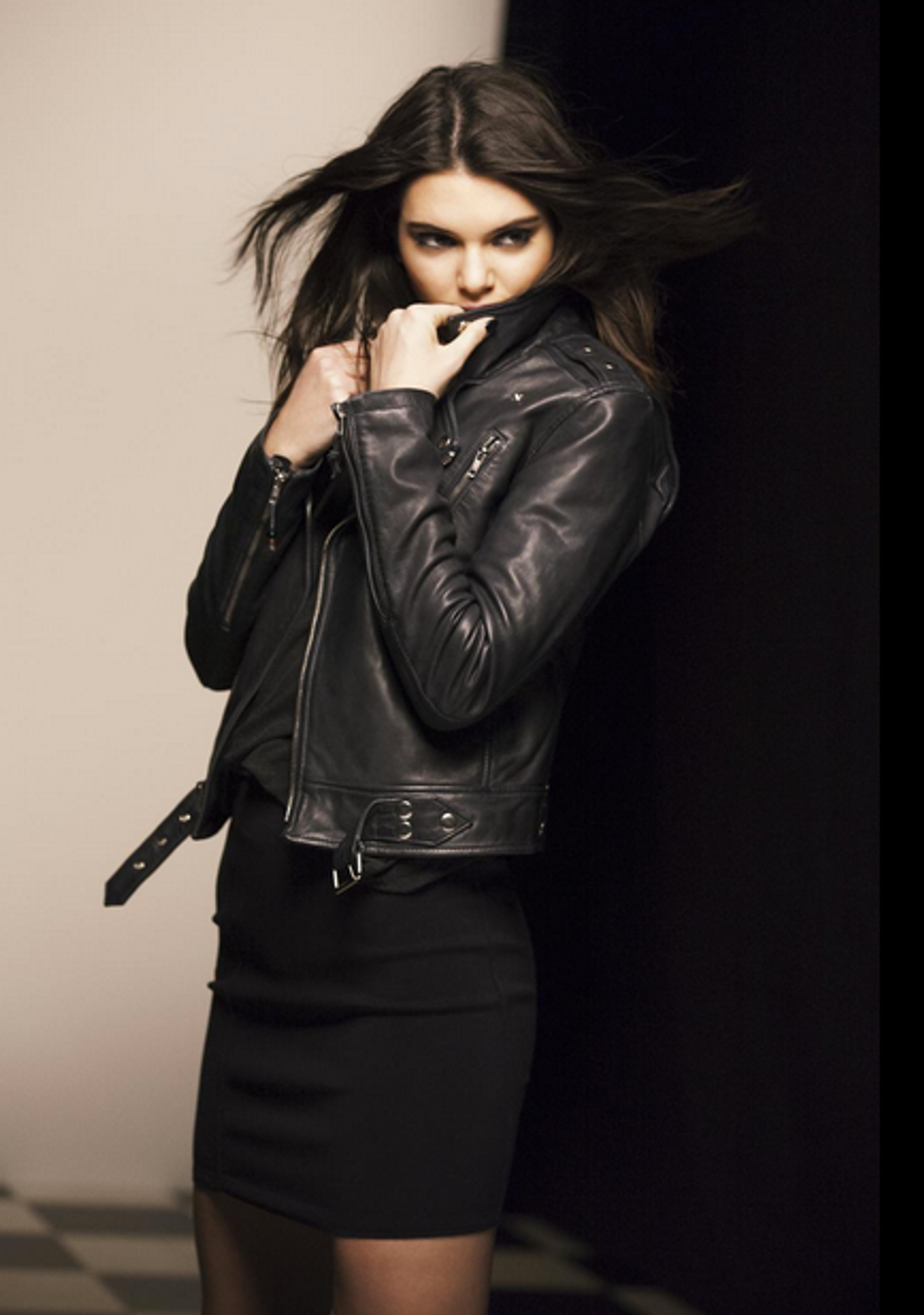 by Abby Schreiber
PAPERMAG
Kendall Jenner's modeling career got a big boost in November when it was announced that she'd star in a campaign for EstÃ©e Lauder and now, two months later, the results are in. As the new face of the cosmetic brand's 'Little Black Primer,' a tinted lash product that you can wear as a substitute for mascara, a primer to enhance volume and length, or a waterproof topcoat, Jenner appears clad in black and (we think) shooting a selfie. While the brand hasn't posted anything confirming that the first campaign image takes a page from Kendall's big sister's playbook, the photo appeared earlier on Fashionista, credited to EstÃ©e Lauder, and considering the fact that the company booked Kendall with hopes of tapping into her massive -- and young -- social media audience, a selfie shot seems particularly appropriate. We got a peek at another image from the shoot, below, and an accompanying video which shows Kendall clomping around and giving the "finger-in-the-air-rock-god-pose." Give it a watch, below.