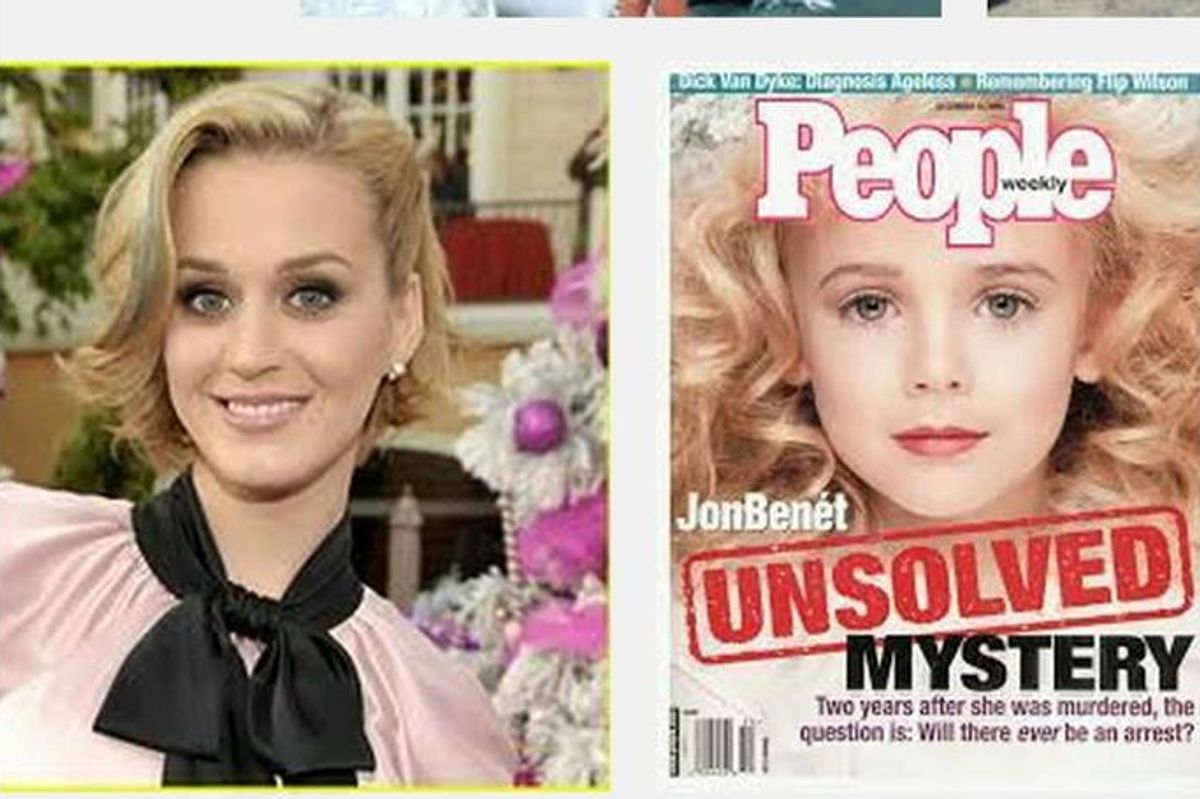 The truth is out there.

There are many beautiful things on the Internet. Videos of adorable dogs. Teenagers hatching delightful new memes. But maybe most beautiful of all are the deeply strange, convoluted conspiracy theories developed around otherwise unremarkable celebrities. These aren't your run of the mill "The CIA murdered Marilyn Monroe" These are impressive works of imagination and lateral thinking that can almost convince you that Avril Lavigne is dead and replaced by an almost-exact Avril doppelganger and that Ted Cruz is the Zodiac Killer.

The latest of these conspiracies posits that JonBenet Ramsey, the child beauty pageant star who was murdered in 1996, was not actually murdered at all, but in fact became internationally-famous pop star Katy Perry. For a recent issue on "the Darker Web," the Daily Dot's Sunday magazine the Kernel did an exemplary dive into the JonBenet/Katy Perry truther internet to bring the rest of us sheeple up to speed.

If you've got some spare time and a high tolerance for conspiracy-theorist word-salad, by all means watch all the videos they uncovered below. If you're not ready for that, which is frankly understandable, we'll round up the salient points. Here, a condensed list of signs that Katy Perry is a grown up JonBenet, crying out for recognition:

Of course, the usual conspiracy theory bogeyman make appearances in these videos. The Illuminati and the Masons are well-represented, and there are nods to contorted numerological signs that the Perry and Ramsey are inextricably linked. At the very least, these nightmare photoshops will convince you that overlaying one set of heavily made-up eyes and mouth over another set of heavily made-up eyes and mouth is just terrifying.

Katy Perry, if you're actually JonBenet, embed a more overt clue in your next video. What does Left Shark know?