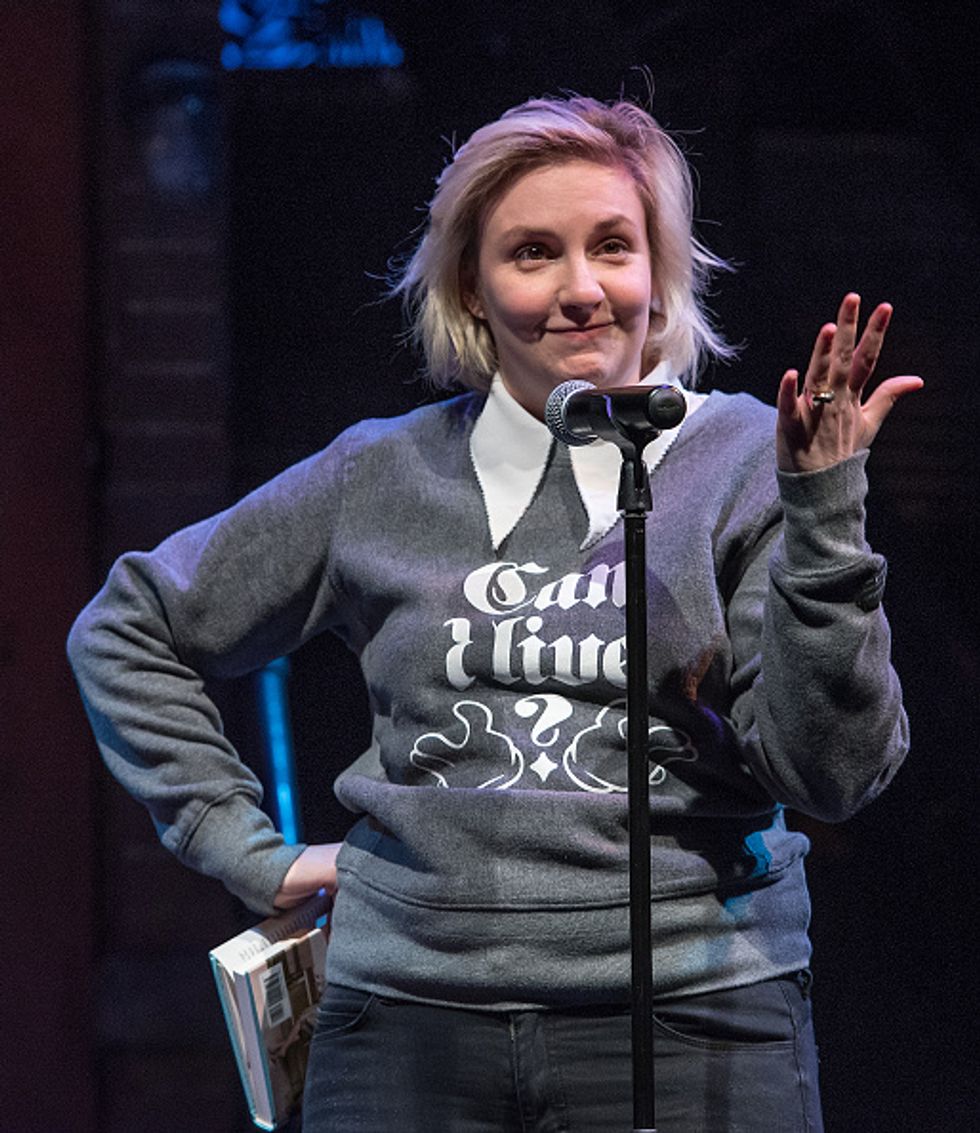 Is it Time To Start Worrying About Lena Dunham?

by Gabby Bess
PAPERMAG
"Can I live?"
Despite her character on Girls, Lena Dunham is a fairly together individual. Reportedly, she just purchased a $2.7M, three-bedroom home in Los Angeles, which is a very adult thing to do. Right off the Sunset Strip, it has a manicured front lawn and everything -- more than I can say for the mountains of trash and snow piled up in front of my apartment. But, as the Hollywood Reporter astutely asks, is this recent real estate purchase a disguised cry for help? They note that just last year the Girls star told Vogue, "I like Los Angeles, but more than two weeks and I start to get a very sad feeling. If I do start to feel at home here, someone should really worry about me."

Well, before we start fretting about Lena Dunham getting very sad in her new multi-million dollar home, let's consider that a lot can change in a year. BeyoncÃ©, for example, could declare New York dead and whisk Jay Z and Blue Ivy away to Los Angeles -- which is reason enough for anyone to change their mind about leaving New York for the West Coast. If we're all being honest with ourselves, what is of most concern here is the absolute power that BeyoncÃ© wields over our life choices. A blessing and curse, all we mere humans can do is follow BeyoncÃ© into the abyss, or at least to LA.