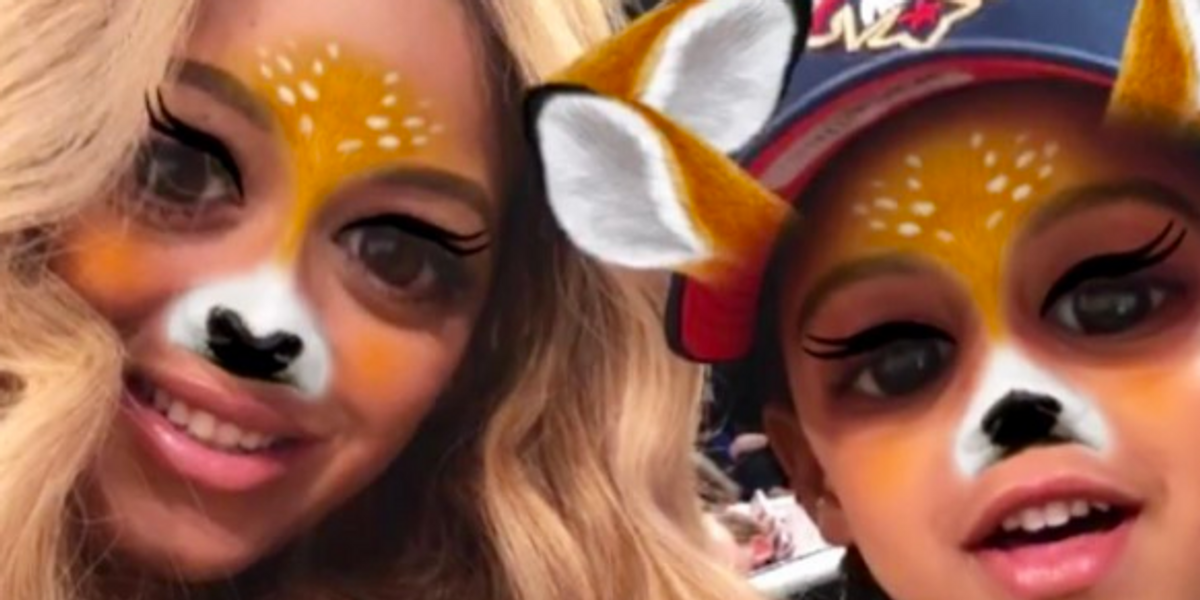 Is Beyoncé Hiding a Secret Snapchat From Us?

If you remember, last August, Mom of the Millennium Tina Knowles posted a video to her Instagram that seemed to imply that her oldest daughter—known to most of us by her one-word stage name, Beyoncé—might have a Snapchat that the rest of us mere mortals had not had the pleasure of being able to follow. In a video that featured the Lemonade singer using Snapchat's popular face-swap filter to superimpose her mother's face over her own, she sang Grandmaster Flash and The Furious Five's famous smash "The Message."

The video was fun in the typical way that random Snapchat videos usually are, but the question that was on everyone's mind wasn't about whether "The Message" was Tina's favorite Grandmaster Flash song or even if Beyoncé makes a habit of jokingly covering other people's songs. What we really wanted to know was: Where the hell is this Snapchat that Tina has implied Beyoncé owns?

In the post's caption, Tina joked that she didn't know whether her daughter's voice was coming out of Tina's mouth or her own, chalking it up to the fact that she personally didn't have a Snapchat and couldn't be expected to know how the ins and outs of the platform's plethora of filters really work. Well, Tina, that would imply that Beyoncé does have one...right? We never got the answer we wanted.

Nothing more has been said of Beyoncé's supposed "maybe-it-exists-maybe-it-doesn't" Snapchat account since then. But, yesterday, the singer posted a picture of herself sitting next to her adorable daughter (and Gucci's most reliable client) Blue Ivy. Although any selfie that Beyoncé posts to her Instagram is guaranteed to become a talking point for the next two months, there was something else about this picture that sent the internet ablaze. Is that another Snapchat filter?

Let's imagine a common conversation between two friends upon seeing this picture:

Person 2: "Yas! Her and Blue look so cute! I love that filter too!"

Person 2: "But where is Beyoncé's Snapchat? I didn't know she even had one."

Well, Person 1 and Person 2. We unfortunately don't know what Beyoncé's Snapchat is either. All we can do is look to the facts and deduce that, indeed, Beyoncé does have one (unless it's Blue Ivy's—which, given the platform's 13+ age limit, we can assume it's not...because Beyoncé is a law-abiding citizen who would never allow that).