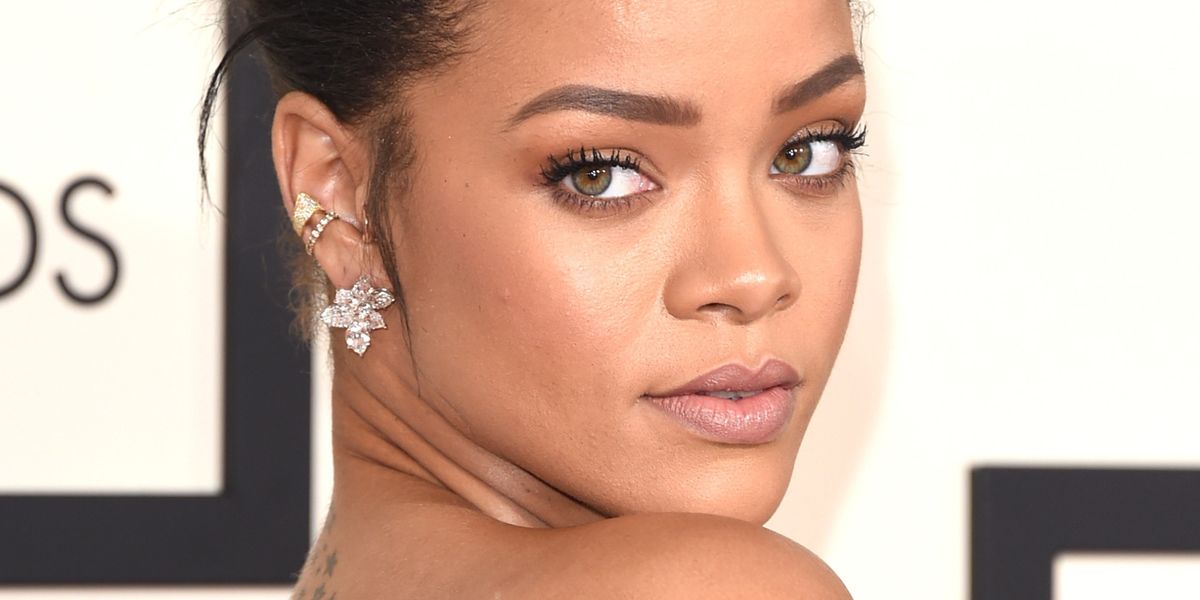 Is "ANTI" Rihanna's Attempt At A Concept Album?

Last night, Rihanna finally dropped ANTI, her highly-anticipated eighth studio album that's been hyped to the moon and back for the past three years. And for months, it's been looking as if the album would be rolled-out in only the most regal of ways, with a series of sleek "ANTIdiaRY" teasers, extensive tour imagery and a string of chart-topping singles that were thought to be part of the album à la "Bitch Better Have My Money" and "American Oxygen" -- which is why everyone freaked out yesterday when release partner Tidal seemingly flubbed it by unceremoniously uploading the entire album before quickly taking it down.

But it was too late. As soon as the track list went up, bootleggers had already swooped in and clips were released onto Twitter and Tumblr. As such, Tidal, which was supposed to have the exclusive for a full week, along with label Roc Nation and executive producer Kanye West most likely had a collective shitfit and decided to just cut their losses by releasing it for free via a download link for a certain number of fans with the code. But here's a thought -- what if that fumble was purposeful? What if it was all in the service of a greater goal centered around Rihanna's first attempt at a quote-unquote concept album? A concept aptly titled ANTI -- or the antithesis to everything a carefully-polished, well-orchestrated pop career was supposed to be up until this very moment?

Instead of releasing a collection of guaranteed, party-hard smash hits, ANTI presents us with 13 songs that cherrypick from a seemingly endless supply of influences united not by sound, but by their very incongruity with all of RiRi's previous pop anthems. Think about it, none of the songs on ANTI are the type of obvious dancefloor hits she's built her career on ("Pour It Up", anyone?), and that's what actually unites them all -- the idea that she will not be confined to one sound or a singular presentation of her artistry that so many of her peers tend to fall into. It's territory she began to tread with the release of her twangy, almost vaguely country-sounding "FourFiveSeconds" Paul McCartney/Kanye collaboration, which we all brushed off as a strange one-off...that is until the Kanye-produced ANTI surfaced. And before you say that I'm reaching, remember that Kanye, he of Yeezus, 808s and Heartbreaks, et al. is the King of Concept.

Besides, Rihanna has always been the ultimate rebel, and that's precisely where her appeal lies. She's at her core, a pop star with R&B-leanings and a punk-as-fuck attitude that doesn't play by the prescribed rules, as evidenced by power moves like refusing to be interviewed for her Fader cover story that declared her "the realest." She's never been afraid to take a risk -- who else goes to the CFDA Awards naked, save for some sparkles? -- except for when it comes to her music, which is a place where she has remained on top by producing edgy, but markedly predictable pop hits. Which is where the very risky, potentially-alienating ANTI comes in. Was the botched rollout her rock n' roll attempt at just saying "fuck it and fuck you"? A way of distancing herself from the perfect bombshell that was Beyoncé's perfectly-produced, self-titled surprise release or the industry-wide shift to pre-announced, well-covered Friday debuts? After all, isn't a messy, imperfect release the only way for her to share this wild, untameable album? Don't you just want to hit a blunt and sigh at it all?

Perhaps that's why it feels like an unfinished effort. Think about how ambitious of a project this is: an exploratory collection of everything from a self-reflective psychedelic electro-indie cover ("Same Ol' Mistakes") to a nostalgic take on her dub-laden, patois-inflected roots ("Work") to a vulnerable, Lana Del Rey-esque rock n' roll swoon ("Desperado"), all done adequately. It's the sort of album that in the hands of any other artist would probably devolve into an even bigger mess of loose ends, rather than this collection of half-thought out songs that feel more like a passion project rather than three years of studio shuffle. A part of me wouldn't be surprised if she had an entire album of polished pop hits done with the sort of catchy bravado you see on "Bitch Better Have My Money" (perhaps that was the much-mythologized R8) and scrapped it all at the last minute in favor of an almost Gaga ARTPOP-esque moment. It's the ultimate self-destructive, anti-authoritarian move, where Rihanna is the only one in charge, the only one able to press the big red button, the only one able to still have people shitting themselves over an album that's been widely meh'd at as "Rihanna without the hits" -- and all because it may have felt closer to real for her.

And in some ways it serves as a pretty good summation of Rihanna herself -- the fact that she just fucking is, and if you don't like it, well then there's the door.