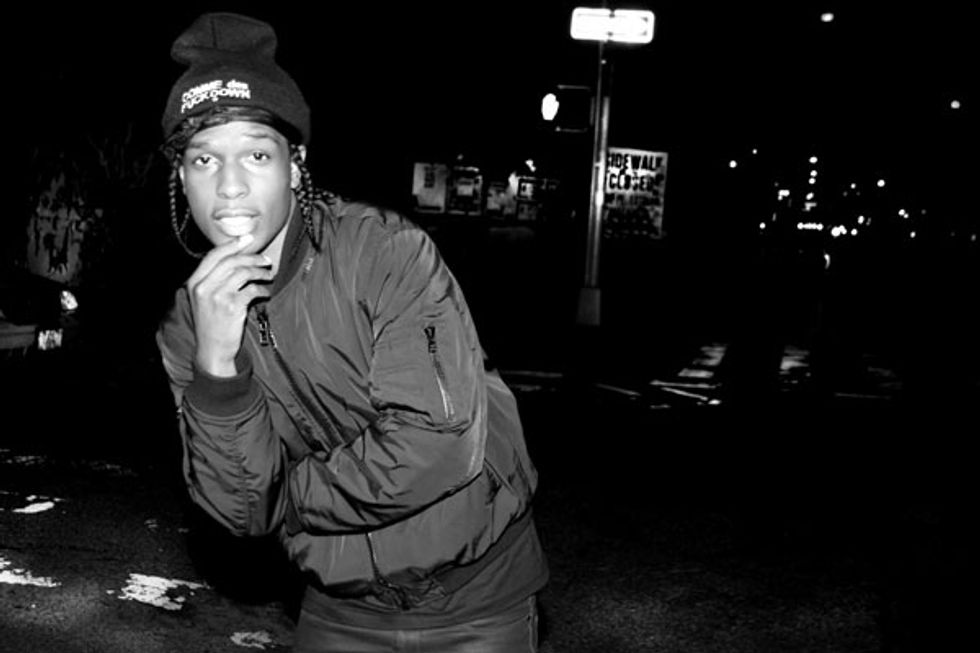 Is A$AP Rocky About to Usher In a Trip-Hop Revival?

by Eric Thurm
PAPERMAG
Rapper A$AP Rocky's new album At. Long. Last. ASAP, will be many things. It will, in large part, see the New York rapper mourning the death of his friend and business partner A$AP Yams. It will be released earlier than anyone thought, possibly within the next couple of weeks. But there's at least one more thing it might be -- the start of a trip-hop revival.

In a recent interview with Billboard (the same one where he claims the album will be out sooner than fans might have expected), Rocky discusses a few of his current influences. As Fact points out, they include trip-hop mainstays Massive Attack and Portishead, as well as "old '60s psychedelic shit," suggesting a direction to the album that few people might have predicted going into the recording process. If Rocky's status as a tastemaker holds, then At. Long. Last ASAP might see a return of much of that sound, in a sonic landscape that often opts for sharpness over atmospherics. (The two are united in another track Rocky cites as a current influence -- Earl Sweatshirt's "Grief.")

If there is going to be a trip-hop revival, let's be straight on one point: it's real origin point is Neneh Cherry's Blank Project.