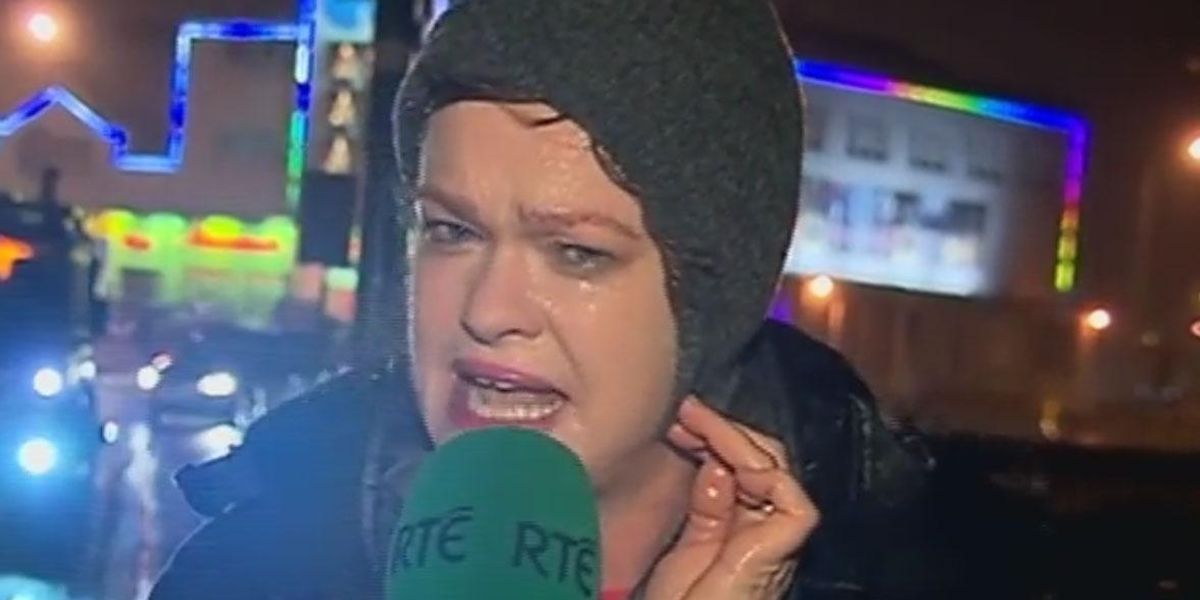 Hurricane Desmond, a gigantic North Atlantic storm, wreaked mild havoc in Ireland and parts of England over the weekend, with 100 mph winds and flooding.

No one felt the torrential horror greater than RTE reporter Teresa Mannion, who braved the storm in Galway, Ireland with thunderous and desperate drama that rivaled the intensity of the storm which, from this photo (of Teresa's crew)...

...seemed to be only effecting Teresa.


Mannion cries about how the "devastation" being reported "crystallizes just how TREACHEROUS the conditions are" in the Northwest of Ireland.

Teresa, of course, has become an Internet memestar.


And this beautiful, shimmering offering:


If everyone in the world had enough earnest desperation as Teresa, it would be a truly more empathetic place.

Or at least exciting.