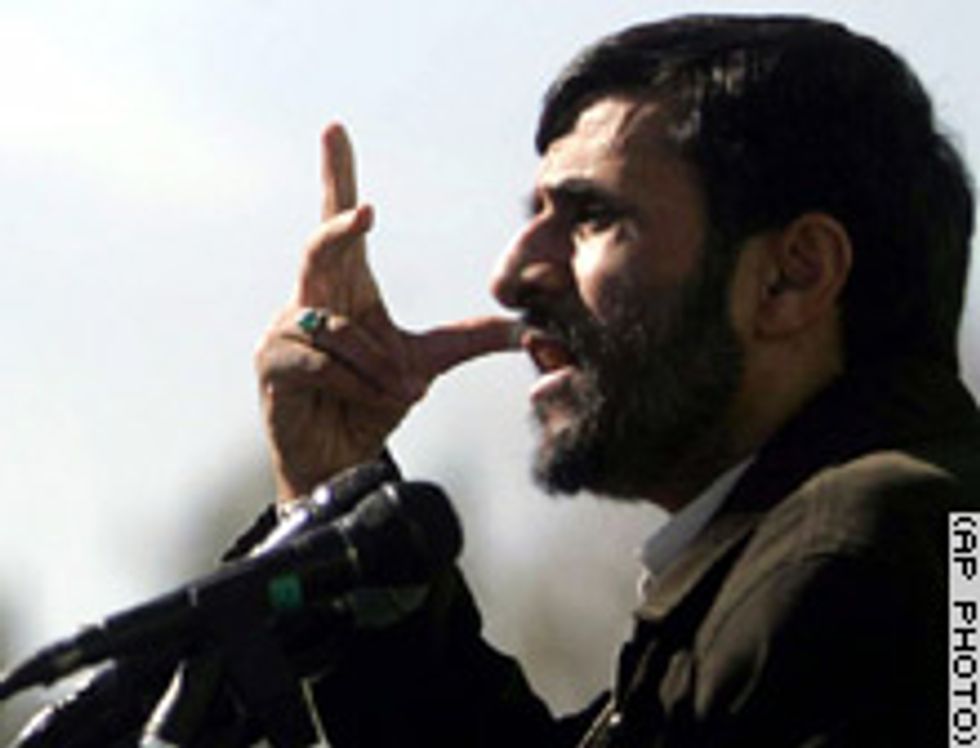 "Supervision of content from films, TV series and their voice-overs is emphasized in order to support spiritual cinema and to eliminate triteness and violence." No, it's not the FCC. It's the nut in Iran who has become President and shocked the world with his actions and pronouncements. If he's looking to give the US and allies an excuse to target his atomic bomb wanting, anti-semitic ranting and rock n roll hating butt with real live ammo, he's doing a great job of getting on the radar screen. His name is Mahmoud Ahmadinejad and he has a way with words that's shook up Iranian politics and alarmed world powers with its extremism. His latest edict is to ban all western music and movies from the country. CNN reports songs such as George Michael's "Careless Whisper," Eric Clapton's "Rush" and the Eagles' "Hotel California" have regularly accompanied Iranian broadcasts, as do tunes by saxophonist Kenny G. Hip hop can be heard on the streets as well. Could this be the straw that brings down the man who's scaring the people back home as well as abroad?

Iranian Women Are Being Arrested For Dancing Online