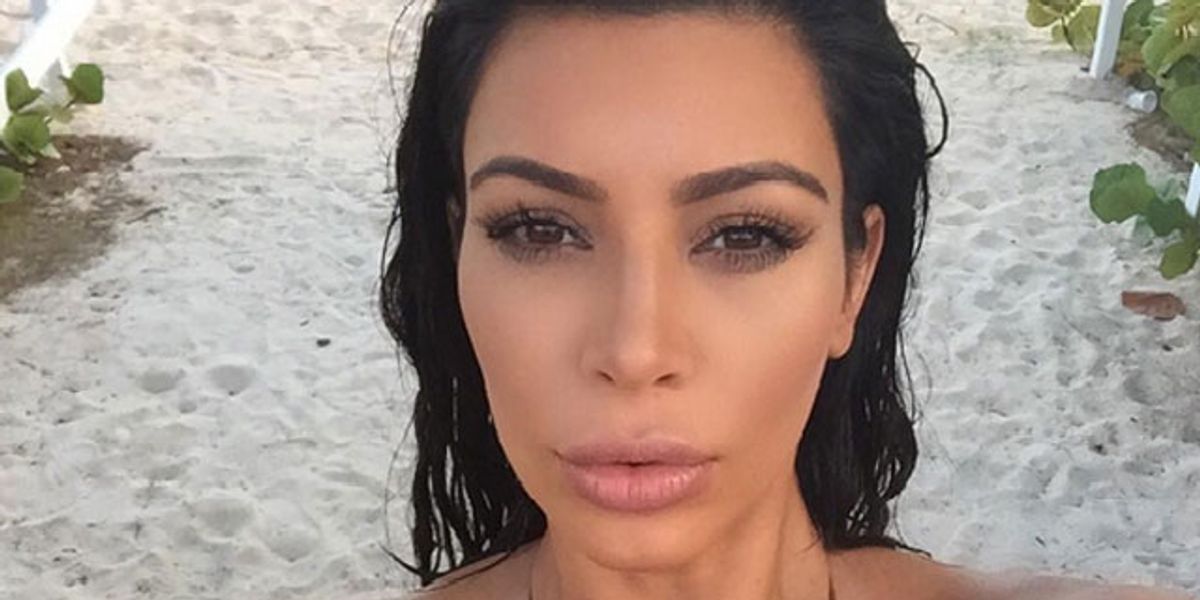 Iran's Revolutionary Guard has a bone to pick with Kim Kardashian, EVIDENTLY.

It seems the corp, whose job it is to maintain the nation's internal culture, and filter in influence from the outside world, is displeased and alarmed by Kim's omnipresent power on social media.

According to a report on Iran Wire, the agency believes Kim is working in tandem with Instagram to "'subvert the Islamic Iranian lifestyle.' It championed what it called an important achievement in combating "modeling and vulgarity.'"

Iranian officials have been floored (in the worst way) by a wave of women posting "selfies" on Instagram without hijabs.

One woman, a model/actress named Elham Arab, had to testify in a court, apologizing for her "disrespectful" social media presence, stating that it was a "mistake" entering the fashion industry.


"I think all humans are interested in admiring beauty and becoming famous. But they must first consider at what cost and what they will lose in return. For an Iranian film star they may not lose much but for a model she will certainly lose her hijab and honour."

Mostafa Alizadeh, spokesman for the Organized Cyberspace Crimes Unit, is tasked with cracking down on Facebook and Instagram pages, as well as monitoring the continued effort against Kim K.

"Ms. Kim Kardashian is a popular fashion model so Instagram's CEO tells her, 'make this native.' There is no doubt that financial support is involved as well. We are taking this very seriously."

Kim doesn't seem fazed by this; just yesterday, the star accepted the " Break the Internet" prize at the Webby Awards in New York.

"Nude selfies till I die."